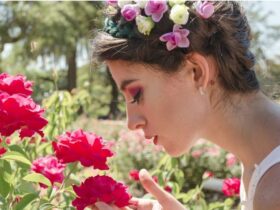 Roses That Last a Year

With the emergence of exercise fads every season, it can be hard to find a plan and stick to it without becoming bored. You know that you need to combine some weight work, stretching and cardio to maintain your fitness level but how do you know what plan to embark on? Do you stick with the tried and tested gym circuit of treadmill, sit-ups, and weights or do you change it up?

Only when celebrities began to hot foot it to spinning classes did the flywheel static bike craze really begin to take off. With the popular TV show ‘Dancing with the Stars’ and the street dance craze hitting popular culture in the 2010s, dance is becoming a viable way to unleash some cardio. Take a look at these dance workouts that could inspire you to cha-cha your way to a class.

Beginning in Australia, this manic way of exercising to the heavy bass beats of Beyonce, Eminem and Pharrell will work you up into a sweaty mess. However, if you’re after a workout that will see you burning more calories than you would if you were downhill skiing or swimming lengths of the pool, this could be the workout for you. The classes are sixty minutes long, and you’ll follow an instructor, bopping away to the latest hip-hop hits using a mix of martial arts, boxing and street dance techniques.

The 1990s stalwart has survived many challenges to its dance exercise throne and has managed to remain on top. Alberto Perez, a Colombian cyclist, designed a feel-good way of using Latin American dance steps and music to embark on a cardio workout. Attending one of these Zumba classes will see you learning dance routines and sequences while keeping fit. Endorphins will be released as you learn to cha-cha and samba your way around the gym.

Think Studio 54 or Saturday Night Fever with crop tops and sweat bands and you’ve summed up 305 Fitness. With only a couple of studios across the US at present, this is an emerging fitness craze. All participants are encouraged to learn nightclub-esque dance routines which are then carried out with aplomb in some sort of mammoth sweaty flash mob. The added extra of a freestyle five minutes at the end of every session means you can practice what you’ve learned or simply unleash your inner dancer.

Although primarily dance based with Janet Jones leading the female-only dance classes, there is a sprinkling of the traditional squats, lunges and oblique twists. If you’re after a toning workout, rather than solely a cardio session. This could be the ideal workout for you. While you could succumb to the latest CoolSculpting craze and freeze the fat from your abs, the vixen workout encourages you to perform crunches. Plus there is the twerkalator move to bass-heavy trance tracks to rid you of your muffin top.

Now you know what your options are if you want to try something different and dance your way to fitness.