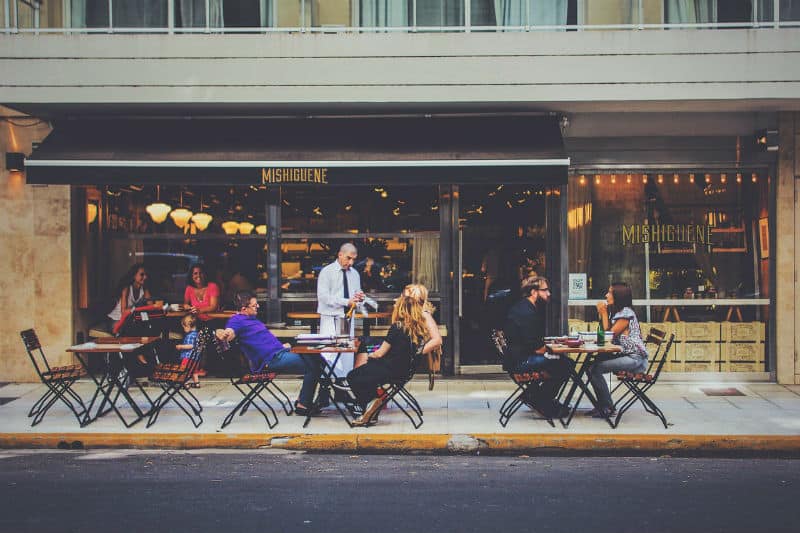 Tips For Opening a Restaurant Business

Advancements in technology have seeped into all areas of our lives, and smartphones have become more sophisticated than ever. There is an estimate of 3 billion people worldwide who own a smartphone, and so, mobile applications have become more in demand. Social media networking apps like gbwhatsapp are especially popular among smartphone users and many have been developed.

Here are 5 popular social media apps that you might want to check out.

Instagram is a video and photo-sharing social media network service that was launched in October 2010. The app lets users upload their favorite photos and videos that can be edited with filters and labeled with hashtags and geographical tagging. Anything you upload can either be public, private, or with pre-selected viewers as Instagram recently added a feature called ‘Close Friends’. This, as the name suggests, means that only people who you have selected as close friends can see what you are posting. The idea behind this is that you can post things that are a bit more personal without having to display them to the world. There is a news feed where you can check outposts that are trending as well as seeing what your friends and family are posting. You can put likes on other photos, and similarly, your followers will be able to like, comment, and react to the things you post. The most followed person in the world is Cristiano Ronaldo with over 275 million followers. The most followed woman in the world is Ariana Grande. You can follow your favourite celebrities and get to see their content on your newsfeed.

As of this year, Instagram has 1.074 billion users across the world. This number increased by 74.5 million from 2020, a milestone that was expected to be achieved in 2024. Data analysts are attributing the growth due to the pandemic. People have more time for social media and so more people are willing to engage and experiment with it.

TikTok is a video sharing social media networking service that was originally launched in China in September 2016. It uses videos that range between 15 seconds to one minute long, and they tend to cover anything and everything from dance to comedy, education to support groups. As soon as you download this app the TikTok songs will get stuck in your head and you will find yourself doing all the trending dances too. TikTok is known for its quirky dances and trending video styles. According to research done by BusinessofApps, the average daily time spent on TikTok is 52 minutes per day.

The app made a huge breakthrough in 2020, as the coronavirus pandemic forced us all to be inside our homes for months on end. TikTok provided a distraction and a valuable source of entertainment to keep us going through the months of lockdown. Morning Consult ranked TikTok as the third fastest-growing brand of 2020. This comes as no surprise as TikTok has 689 million monthly active worldwide users, and the app has been downloaded over 2 billion times on Google Play and the App Store.

Facebook has been around the longest out of this list of popular social media apps, as it was developed way back in 2004. Initially, Facebook was meant to be exclusively available to students at Harvard, but this extended to Colombia, Yale, Stanford and then eventually all universities across Canada and America before becoming available to everyone in 2006. You have to be aged 13 and over to use Facebook. This social media networking app allows users to post photos, videos, texts, gifs, and more and this will be shared with the users’ approved ‘friends’. Facebook is a great place for keeping in touch with friends and a way of sharing news and photos with friends who you might not get to see very often. Roughly 2.7 billion people use Facebook and it was the most downloaded app in the last decade. It is easy to use and you can make friends with as many people as you like! It also offers a messaging service so that you can text freely without having to worry about expenses.

Twitter was launched in 2006 and has been described as a microblogging social network service as it allows users to post and interact with ‘tweets’ (messages). Initially, tweets were restricted to being 140 characters, however, this changed to 280 characters in November 2017. You can also upload audio and video tweets, however, these are limited to 140 seconds. Twitter is a great place to share your thoughts and feelings on any given topic, whether that is about your personal life or politics, it gives you a platform to share your opinion. You can also retweet other things people have written and have the option to comment and like other tweets.

Snapchat is a multimedia messaging app that was first launched in September 2011. What made Snapchat so unique was that messages and photos would be deleted once seen. It focuses on person-to-person exchange as opposed to posting multimedia for wider audiences. One of the more popular features of the app was that it would tell a sender if their content had been screenshotted by the recipient. The app has evolved significantly over the years and has tried to take inspiration from other social media apps such as Instagram. Snapchat began to feature a ‘Stories’ option, similar to Instagram and Facebook, where users can upload a photo to be shared with their contacts for 24 hours only.  Snapchat is increasingly popular among the young generations, and it is estimated that more than 4 billion Snaps are sent each day. In 2014 Snapchat had 57 million users and now in 2021, the app has over 280 million users.

Social media apps are a great way for us to feel connected with our friends, family, colleagues, and the rest of the world. There will always be someone to message or something to watch/ see. So check out one or more of the above-mentioned apps to get your social networking on.