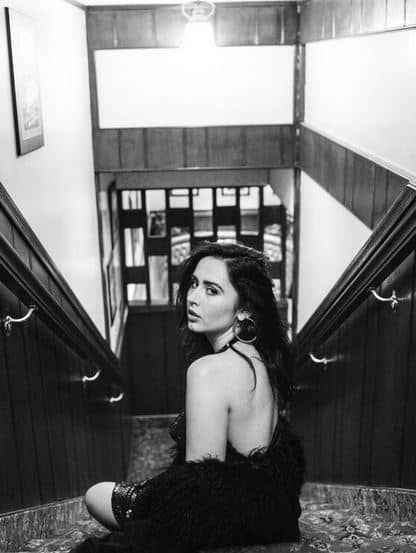 BMW and Alpina are two independent companies in a corporate relationship. The two have worked together since the 1960s. Their ties are deep to an extent Alpina gets a preview of BMW’s plans before the public. Alpina is taking it a notch higher; they will produce a complete version of the BMW X7 model. To avoid design overlap, they focused more on softer-edge luxury cars, which differ from the M brand.

The XB7 will be the first Alpina branded SUV model based on the BMW X7. It will be one of the biggest and the first to grace the US market. Although Alpina’s touch and flair differed with the BMW M division, they still maintained their comfort standards. They also tuned the BMW XB7 to be a fast car in the SUV class and not a racetrack, as envisioned in the X7 model.

Although, this was not the first collaboration where Alpina modified one of BMW cars. They are still under the BMW warranty and remain part of the family. Plus, share the same maintenance programs.

The BMW XB7 packs a 4.4-liter V8 engine from the X7 m50i xDrive model, but with better output. Alpina made several adjustments, which include a larger twin-scroll turbocharger and two water coolers. But still, Alpina felt that wasn’t enough. They went on and added a large oil cooler for the transmission, Alpina custom-made intercooler, and a stainless-steel exhaust system.

The outcome was a powerful engine with better performance. Its output increased from 590 hp to register a 612 hp peak, while the torque rose from 553 lb-ft to 590 pounds. Plus, it takes four seconds to speed up from zero to 60mph. It further takes 12.6 seconds to cover a quarter-mile.

Other integral inclusions are the aluminum transmission oil sump and the rear-wheel steering like that of X7.

The Exterior and Bespoke Interior of BMW Alpina XB7

Despite the XB7 sharing the base design of X7, it possesses unique elements. One of them being Alpinas legendary wheel designs. It also comes with a ride option of 21-inch wheels and 23-inch forged wheels, all featuring the classic Alpina design.

Other distinctive elements are the front fascia with ‘Alpina’ lettering and the rear bumper with quad exhaust tips. Overall, the XB7 is a better-looking luxury car than the X7 SUV.

Alpina adds little to the interior because the cabin of X7 was world-class. However, Alpina acted wisely and added some dial bespoke luxury touches. This was on the seats, where they added multi-contour and merino leather.

Other subtle touches are the laser-etched Alpina logo done on the iDrive controller. The aim of having Alpina badging is to differentiate the model. Otherwise, the inside is spacious and accommodates up to seven passengers in a three-row seating.

The Price of Owning an Alpina Branded SUV

Those wishing for a bigger luxury SUV, your time is now. The BMW Alpina gives you more than a larger dimension, but most importantly, it offers speed. In short, it’s a fast car under an SUV cover. Order yours today. Deliveries will start soon. It will only cost you $142,295.

Last Take on the Luxury SUV

Without a doubt, it’s a new dawn for Alpina and SUV fans in general.

For those who still think Alpina is a subsidiary of BMW, they are wrong. The company is known for luxury cars with added exclusivity. However, in this subtle beast based in X7 SUV, the two blended their expertise to produce a unique luxury brand.

Only a few cars can be as exclusive as the BMW Alpina XB7. Above all, the model offers the best BMW and Alpina can deliver.