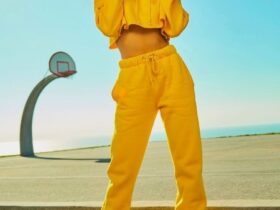 How to Find Your Modern Style in Thrift Stores?

Giving up smoking is no easy feat. But when it could make you happier and healthier, not to mention richer, trying to quit is worth it. It used to be fashionable for celebrities to smoke, but now that it’s fallen out of fashion, how did some of them kick the habit? The likes of Gwyneth Paltrow (yes, health-conscious Gwyneth) and Brad Pitt have had to find a way to stop in the past. Everyone manages to find the best method for them in the end, but it can be inspiring to see successful examples from the celebrity world. If you’re looking for a healthier lifestyle and love to look to the stars for advice, take note of how these famous people managed to stop smoking.

Gwyneth Paltrow who is now well known for enjoying a healthy lifestyle (some might say too healthy), quit smoking at 24. She still lights up for movie roles now and then, but apart from that hasn’t touched a cigarette since. Paltrow‘s method of choice was pure willpower. She only chose to will herself into quitting, sticking to her guns and refusing to smoke even when she wanted to. This method of stopping is admirable, but its success rate isn’t high. However, if you think you have the willpower to stop without any aids, give it a go and look to Gwyneth as your inspiratio

Ashton Kutcher used to smoke up to 40 cigarettes a day, but amazingly he managed to quit. How did he do it? He used something called the Allen Carr method. Carr’s book ‘The Easy Way to Stop Smoking’ talks about why people smoke instead of explaining why they shouldn’t. Readers can smoke as they read the book, and then the last page tells you to quit. It seemed to work for Ashton Kutcher, at least.

Pop singer Katy Perry has been pictured smoking an electronic cigarette, and she’s not alone. Many celebrities have been spotted with a vaporizer in hand, including Johnny Depp and Sienna Miller. Many people choose it as their method of cutting down or stopping altogether because it removes the tobacco element from smoking. It’s also less of an inconvenience when you use a vaporizer in public or around your friends and family. Other nicotine replacements are popular with celebrities too, from Brad Pitt to Uma Thurman.

One of the things that makes stopping smoking difficult is the anxiety that ex-smokers feel when they’re without cigarettes. Finding a way to deal with the stress can help you to stick to your plan and resist going back to smoking. Charlize Theron took to doing yoga, pilates and other healthy habits to take the place of her less healthy habit. This kind of practice can make the process of quitting a less stressful experience.

If you’re looking to stop smoking, these celebrities have found success in their chosen methods. However, you have to find the one that’s right for you. Don’t give up if one method doesn’t work. It takes persistence, determination, and a strong will to stop smoking. You can do it!