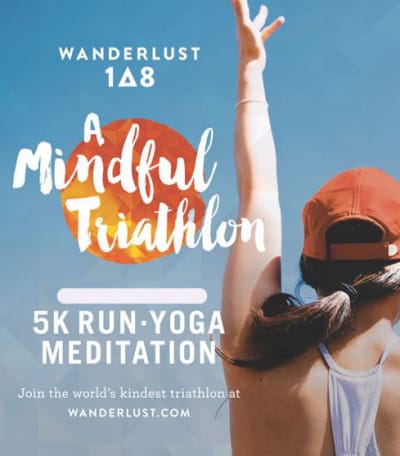 They say New York is full of dreamers and the good news is that dreams really do come true. This is certainly true for successful businessman Alan Mruvka, who had stars in his eyes when he was just a young boy whose mother couldn’t unglue him from the television screen even just to take a bath. Growing up on the East Coast, he watched alot of television and movies, and absolutely fell in love with the world of entertainment.

Some are destined for greatness, while others just day dream about it, but Alan’s destiny was written in the stars even before he was born, and as Founder of E! Entertainment TV it’s no wonder he began the revolution of pop culture and introduced celebrity news to this world unlike it had ever seen before. Sure there’s been others, but Alan Mruvka is a Business Leader that stands out above the rest, and his legacy will be remembered forever.

Fortunately, our lucky stars aligned, and we got up close and personal with this extraordinary entrepreneur as he tells us what his success journey was really like, behind the scenes.

Beverly Hills Magazine: So tell us, how did E! Entertainment TV really get started?

Alan Mruvka: Well, I was born in New York and grew up in New Jersey, and I went to school for architecture. My Father gave me my first opportunity to redevelop a building which was the City Hall Annex at the time. I love historic renovations, and I continued by starting by own brownstones, first with 2 units, then 4, then 12, eventually I bought a 50,000 sqft building intending to develop 30 units, but I was also in the process of launching E! My business partner Larry Namer wrote the business plan and the proforma and it was decided we needed $6.9M to start the network. So for 3 years I was back and forth between New York and LA, meeting after meeting, and I didn’t raise $1. Not even $1 dollar. I literally had over 400 rejections. I’m a spoiled brat, so the more people that said no to me, the more I said, “I’ll show them.”

Beverly Hills Magazine: Yes, I agree, the no’s motivate me!

Alan Murvka: Absolutely!  Then one day I was flying back to New York and after getting upgraded to first class, I was sitting next to a guy in a suit who was reading all the entertainment papers and celeb mags, like Variety and Hollywood Reporter, and I thought this guy has got to be in the business. Turns out he was an in-house investment banker with a major entertainment company. I told him about my project and he said, give me 30 days and it wont be a question of whether or not you can get the money, but who’s money you want to take. So he took us on a road show, and one company bit, and gave us $2.5M to start the network. Then after we were on the air about 3 months later, the same company gave us another $50M, then another $50M after that, and another $100M. So we raised $200M in the next 9 months after we launched. We grew the company to a thousand people, then eventually…The first group sold out to the 2nd, which was made up of 8 of the largest entertainment companies in the world… Comcast, Time & Warner, HBO, New House, Conde Nast, to name a few…and I sold my piece…As they say in The Godfather movie, “They make you an offer you can’t refuse”

Beverly Hills Magazine: Wow! What an incredible journey! Talk about accelerated growth. It was worth the wait! I’m a firm believer in the right time and the right team. Some things just aren’t meant to happen, even if we want them to, but if and when they are meant to be, you just cant stop it.  So, tell us, what does being an entrepreneur mean to you?

Alan Mruvka:  There are only two ways you can go in life. You either get a job, get your paycheck with no weight on your shoulders, or you can create and start your own business, with everything on your shoulders. And for me that’s what it’s all about. I enjoy the unlimited upside of being an entrepreneur. What drives me is the excitement and the possibilities. It’s a fluid life, where you’re always moving and going, and you can’t let your guard down for one second.

Beverly Hills Magazine: I agree…I love it! There’s nothing more exciting than creating something from nothing. What is the biggest life lesson you learned from that venture?

Alan Mruvka: The biggest lesson is…Never give up. Surround yourself with great people, especially a great attorney. Be open minded, and be willing to take advice. Always ask for advice. You can’t know everything. You have to know what you don’t know. There is nothing worse than thinking you know, and not knowing.

Beverly Hills Magazine: So true! What is the most challenging thing about being an entrepreneur?

Alan Mruvka: You’re gonna have ups and downs, you don’t just go straight up. You have to pick yourself up. One time I went into a bank, and the President wanted to meet me, and she said, “Does everything you touch turn to gold?” If only she knew how many failures I’ve had. My Dad always said, “Keep on punching.” You will have failures and setbacks. The hardest thing is to stay self-motivated. I listened to a lot of success seminars. You gotta do what keeps you motivated.

Beverly Hills Magazine: Yup. I always say, if you never taste failure, you won’t appreciate the sweetness of success. What is the most rewarding aspect of entrepreneurship?

Alan Mruvka: When you achieve your goals.

Beverly Hills Magazine: Yes! That sense of accomplishment is priceless!

Alan Mruvka: It really is.

Beverly Hills Magazine: What is your primary mission in business?

Alan Mruvka: It’s a several things. When I was younger, I wanted to touch the world and do something great, and of course, make a lot of money. Times change, feelings change. Now, my enjoyment in what I do has to equal financial success.

Beverly Hills Magazine: You are currently operating StorageBlue, tell us what inspired this project for you and what is your vision for the company?

Alan Mruvka: Well, when I launched E! I abandoned that 50,000 sqft building project, and while I was living in Beverly Hills two guys approached me and said, “How about we make it into a self-storage building?” In those days, self-storage wasn’t so popular…

Alan Mruvka: Yeah, so we did it and we grew to 17 buildings with over 3 million sqft. It operated as a very successful business, and about 6-7 years ago we started selling off the company. I kept 4, and now I say I went from the most glamorous business to the least glamorous business. But now I am working on StorageBlue becoming a lifestyle brand…with a programming component…

Beverly Hills Magazine: Alan, I think you have an entertainment itch that need to scratched!

Alan Mruvka: Well, I’ve produced television shows like Pacific Blue on USA Network, we did about 100 episodes, and movies.

Beverly Hills Magazine: That’s a lot of episodes! That’s great! As a successful entrepreneur, what do you look for in projects to pursue or invest in?

Alan Mruvka: Part of being an entrepreneur is having your finger on the pulse. You’ve got to read a lot and watch things that educate you. A successful psychologist once said, “Ideas are in the air,” and as a good entrepreneur or producer, you will know a hit and have a nose for it.

Alan Mruvka: Once an idea hits you, do as much research as you can. Knowledge is king so gain as much knowledge as you can to prepare yourself.

Beverly Hills Magazine: What is “success” to you? DEFINE success.

Alan Mruvka: Success is happiness, and achieving goals, but everyone’s definition of success is different depending on what is important to them.

Alan Mruvka: I think the most important thing is to be happy and work for happiness!

Beverly Hills Magazine: Well after all of your tremendous success Alan, we hope you are very happy!

Alan Mruvka is a true American entrepreneur who took a good idea and worked hard to turn it into something great. The most valuable lesson learned from Alan is that truly anything is possible if you’re willing to follow your dreams, and never give up. That’s exactly what Alan Mruvka did, and the world will never be the same because of it. And that is something to be very E! -Excited about!