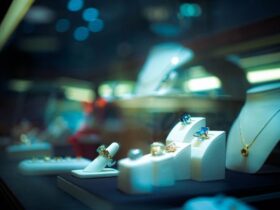 Things to Consider While Choosing a Clark Building Jeweler in Pittsburgh

Could it be? A way to detoxify your body just by drinking tea. Teatox? That almost sounds too good to be true, right? Apparently, it’s not so farfetched. I’m going to let you in on a little secret. Eastern medicine has been using certain teas for centuries to aid in a plethora of ailments and sicknesses. For example, Peppermint tea can work wonders for an upset stomach or nausea.

Over the last few months, I found myself wondering what would happen if I religiously took a 28-Day TeaTox? Would it help with weight loss, reducing my belly bloating? Most of all, would it help with detoxing the body? I’m not sure about you, but after being in quarantine for months at a time, I needed all the help I could get.

Unless you have been living under a rock, I’m sure you have seen several celebrities talk about the major benefits of going on a tea detox program. I found myself even more intrigued when I heard one of Kendall Jenner’s interview with her confessing that she swears by detoxifying her body with tea, especially during fashion month. “I usually start my day off with a cup of detox tea,” Jenner told E!. She followed by stating “I have like 12 cups a day.”

12 cups of tea a day is a bit extreme for me. However, after doing a little more research. I decided I would try it out. What’s the worst that could happen?

Well, guess no more. The 28-day teatox did wonders for my body. I felt amazing! I even felt like my mind was unclouded, my skin was clearer, I had more energy throughout the day, and I slept better at night.   The Teatox program suggested that I drank a cup of detox tea at least 2-4 times each day, for up to 4 weeks. I was to drink plenty of water. By plenty, I mean at least 2 or more liters. I was also to have lean proteins, such as egg whites, chicken breast, and fish with lots of fresh fruits and veggies.

I decided to go with the Celebrity Detox Tea Co brand, and I must say the results were simply breathtaking. I’m still shook!

Here are the remarkable results I achieved in just twenty-eight days:

It took almost no time for me to notice a change in my body. My husband was actually the first to notice. Within the first 48 hours, I had a noticeably smaller waist. For some reason, I tend to experience a lot of bloating, especially around that “time of the month” and after eating certain foods. My bloating was not completely gone, but it had definitely diminished significantly.

It was similar to a tummy cleanse tea without the side effects of stomach cramps and diarrhea. Which I was extremely happy about. I felt lighter, alert, and energized. I loved that this tea had all-natural ingredients in it such as green tea, oolong tea, ginger, and ginseng. Which all help to get rid of toxins from your body.

In my research, I found out that Epigallocatechin gallate (EGCG) is a compound in green tea. These Catechins are natural antioxidants that help prevent cell damage.  Not only that, these substances can reduce the formation of free radicals in the body, trigger your body to lose weight, and assists with controlling your blood sugar levels.

What I was most impressed with was the improvement of my metabolism. Over the course of the month, I lost around 15 pounds. Some may say that’s nothing, but for me, it was a huge deal. I had been struggling to lose the last 10 pounds since I started my weight loss journey. Doing the Teatox I lost an extra 5 pounds. I had to do my “boogie- boogie” dance for this small victory!

Who knew a Detox tea for weight loss could have so many great benefits?

Do you struggling to control your cravings as much as I do? The struggle is real for me.  When it comes to sweet-tooth cravings it’s a TKO. I almost never win the fight against the junk food monster. However, while I was doing the teatox program I began to have less and less cravings. As the weeks went on, they got better and less often. Of course, they did not go away completely, but I did not have as many. If I did have a sweet tooth or junk food craving, I did my best to make healthier eating choices.

One of my “go-to” sweet tooth snacks were protein balls. Which helped with my cravings and provided me with the extra protein I needed.

Also, I noticed that when I drank the tea before a meal, it would help to control my hungry and appetite. Which would make me eat a little less than usual and on top of that, I felt fuller for a longer time period.

If I forgot to mention, there are 2 steps to the program. A daytime tea and a nighttime blend. The P.M. tea contains high concentrations of I-theanine, an amino acid that helps reduce anxiety and relieving stress.

The 28 Day Evening Cleanse tea was probably my favorite. Mainly because it helped me sleep so well at night. I liked to add a little almond milk and honey.

I would wake up the next day feeling totally refreshed and ready to take on the day, without feeling the need to wake up in the middle of the night for a “mid-night snack”

By completing the 28-Day TeaTox, I lose a substantial amount of abdominal weight and fat. To be perfectly honest, it was a mixture of water weight and fat. All in all, I lost a total of 15.2 pounds and 4.6 inches off of my waist.  I felt leaner, fitter, and lighter. Please keep in mind that I achieved these results without taking any punitive exercise plans. Although, I did try to take a 30-minute walk 3-4 times a week.

I also experienced a better-quality sleep, my stress levels were reduced, my metabolism increased, and I learned how to have a healthier relationship with food.  Most importantly, I felt more confident in my skin. So, this was a win-win for me in every form.