7 Things To Remember When Shopping Online

The topic of driving and prescription drugs is one that’s become more relevant not only to people in California but throughout the nation. Millions of Americans take prescription drugs that have the potential to affect their ability to drive. In fact, the same is true over-the-counter drugs in some cases as well. (Image by Arek Socha/Pixabay)

Some of the symptoms that are common with many prescription and OTC drugs include:

Any one of these relatively common medication side effects can impact driving ability.

Some of the medications that can be risky when driving include:

What If You’re Caught Driving While Using Prescription Drugs?

First and foremost, in California and elsewhere you can be arrested for driving under the influence if you took legal drugs, including both prescription and OTC drugs. Even if you are prescribed a medication by a doctor and you are taking it as instructed, if you’re driving is impaired, you can be charged.

There may be a difference in some states between driving while under the influence of illegal drugs versus legal, prescription drugs, however.

When someone is under the influence of medication, prescription or OTC, they can receive a type of DUI that’s related to their level of impairment versus the amount of a substance that’s in their body.

With this type of DUI, the focus is on how the driver was affected, rather than what the person used or how much of it. Sometimes you may be able to get out of an impairment DUI if you show you were taking medication under a doctor’s orders, but that’s not a given.

Under California state law specifically, it is a criminal offense to operate a vehicle under the influence of drugs or alcohol with no differentiation between prescription drugs and street drugs.

How Do Police Know If You’re Impaired?

A question people tend to have along with whether or not you can be charged with a DUI if you’re driving while on medications is how the police know.

Since police officers can’t do an easy test to determine whether or not someone is on drugs like they can with alcohol, typically in California a Drug Recognition Expert officer is brought in.

A Drug Recognition Expert is an officer who has gone through training geared specifically toward being able to spot impairment from substances.

Also, there are other tests such as urine or blood tests that can show the use of prescription drugs.

All of this doesn’t mean these cases are always easy for prosecutors because they do have to have evidence to prove the person suspected of driving under the influence did seem impaired.

The entire topic of driving while on prescription drugs is complex and can vary quite a bit from case-to-case. Adding further complexity to that is the idea of sleep driving. With the increasing number of prescriptions written for sleep aids like Ambien, more people are doing things including driving without realizing it. In fact, the potential for sleep driving and similar activities is listed as one of the potential side effects of these medications.

A person might have no idea they’re doing it.

These cases usually have to be dealt with individually by prosecutors based on the specifics, since they are tricky.

What If You Have Prescription Drugs That Aren’t Yours?

Another question Californians may have is what happens if you’re pulled over and caught with prescription drugs that aren’t yours. Many prescription drugs such as Adderall and opioid pain medications are controlled substances, meaning it’s illegal to use them without a valid prescription.

Under California law, this is “unlawful possession of a controlled substance.” This is a misdemeanor in California and can lead to up to a year in jail and fines.

With unlawful possession of a controlled substance, a prosecutor would have to prove that you not only possessed the drug but that you knew you had it, and there was enough of it for you to use. For example, a bit of pill residue from a narcotic isn’t the same as possession a few prescription pain pills that aren’t yours.

With prescription drugs, it’s important to know how they affect you before driving and never to use drugs that aren’t yours. Otherwise, you can face legal penalties. 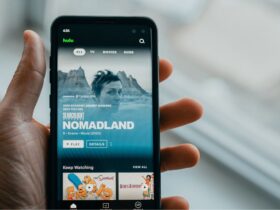 How to Get Hulu on Sharp Smart TV