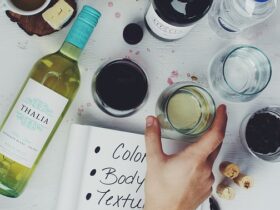 With the language they speak, the food they consume, and, most significantly, the clothes they wear, cultures all over the globe can create distinct identities for themselves. When we immerse ourselves in a culture other than our own, one of the first characteristics we notice is clothing.

Although there is typically little variation in a male dress within a given culture or subculture, this is not the case with women. This is possibly why anthropologists have been attracted by the great diversity and range of Islamic dress for women for thousands of years.

Clothing that has been approved for usage in many religions is extremely important to that faith. The prayer shawl, also known as the “Taleth,” the tassels attached to the shawl or coat worn by orthodox Jews, known as the “Tzitzit,” and the “Kippah,” or skull cap worn by devout Jewish males at all times, are all part of Jewish attire.

Similarly, members of the church and clergy wear Christian attire, which consists of a long robe in gloomy colors with a collar type that denotes the person’s position. Islamic clothing, on the other hand, is expected to be worn by all Muslims, regardless of social or economic standing.

The many styles of Islamic clothing are based on the location from where they most often originate, however Muslims from all over the world wear similar-looking Islamic clothing. The following are the most prevalent styles of clothes worn by Muslims:

This type of Islamic clothing is worn by Muslim women and consists of a loose-fitting long robe that covers the full body from shoulder to ankle or toe. It’s usually composed of a thick, wrinkle-free black fabric and worn over a layer of casual clothing. Most jilbabs have an open front that allows the wearer to easily slip it on and button it up.

They resemble the western overcoat worn in the hard winter months to keep warm, although they are constructed of various textiles. A tiny rope is connected at the end of the sleeve on certain abayas, and it is wrapped around the middle finger to keep the sleeves from rolling up when the arms are lifted.

Jilbabs, like many other garments that blend beauty and refinement in the framework of Islamic styles, has taken on a dual role on the fashion horizon: ornamental and protective.

Invest in jilbabs in neutral and darker colors if you’re looking to update your winter outfit. Because jilbabs are often constructed of thicker material, pairing them with a full-sleeve sweater or cardigan will keep you warm on all of your outdoor winter adventures.

Traditional abayas created with a touch of class and elegance in darker hues will offer you the protection you have come to expect as long as you wear warm woolen clothes underneath your abaya.

If your abaya has a “summery” feel to it, likely, it won’t offer you the essential protection from the elements in the winter. If this is the case, it may be time to contact our online store and place an order for a few abayas that will suffice.

This is by far the most popular Islamic clothing item on the market. It is worn by all Muslim women and goes with a variety of clothing. It comprises a scarf or headgear that wraps over the face and conceals the hair.

Because it is obligatory for women in Islam to cover their heads, the hijab can be worn with western, eastern, or any other type of Islamic clothing.

It’s not too late to buy in hijabs that are tastefully constructed with thicker fabric and deeper hues of somber colors. If you aren’t used to wearing hijabs throughout the summer, the winter is an excellent time to start.

During those times when the mercury drops and temperatures plunge, this clothing item is ideal for protection against frigid drifts.

The jubbas, a traditional Muslim garment, developed in the Arabic area. It was first worn in the deserts to shield the body from the scorching heat, but it has since evolved into an important component of the faith.

It is now worn by men all over the world, especially for important Islamic festivals and activities.

A scarf wrapped over the head and shoulders is the headgear worn by Muslim males. It is sometimes secured in place by tying a thick rope-like string around the circumference of the head.

A burka is a full-body covering for Muslim women that covers them from head to toe. Burkas are primarily worn in Islamic nations or countries with a substantial Muslim population because of their ultra-conservative appearance.

Burkas are still popular in any ensemble that includes Islamic attire for ladies because of the elegance they provide to the wearer.

Sarongs are a long, adaptable piece of cloth, and there’s no reason why you couldn’t use one as a summary khimar. Women use them as a skirt and wrap them around their waists. They are generally made of extremely absorbent fabrics.

Over the last few decades, Muslim dress has progressively developed into a modest and yet appealing expression of modern thinking. It has remained conservative and continues to perform its original function.

Colors, tints, style, and fabric selections, to mention a few, have, nevertheless, elegantly reacted to popular expectations. The Muslim garment industry’s recent response to the need of the hour by introducing trendy Muslim clothes for the winter season, particularly on internet sites, is certainly worth a second look.

This is why you can now readily and inexpensively buy Islamic styles in darker winter hues, thicker fabrics, and Muslim apparel that is meant to give enough protection.

Although protection and fashion are no longer mutually exclusive, striking the right balance without compromising is now feasible owing to the easy availability of a plethora of styles and alternatives for Islamic clothing on the Internet, a field to which we are delighted to contribute.