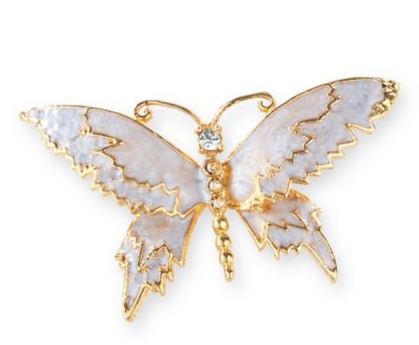 One of a Kind Luxury Goods

Can you believe it’s already been a full year since the first Lamborghini Centenario delivery? And yet, this car still remains at the forefront of our minds. After all, who could ever forget about a car with contours as gorgeous as the Centenario’s? Plus, the performance specs certainly help this cool car’s case as well. So either way you look at it, this is a car that generates plenty of hype for a reason—and will continue to do so for years to come.

As a whole, Lamborghini picked the perfect car to celebrate the 100th anniversary of its founder, Ferruccio Lamborghini. So join us as we take a look at all the reasons you’ll want to drive this dream car yourself!

The Motor: Loud and Powerful—What More is There to Want from an Engine?

Take this Lamborghini for a spin, and you’ll immediately notice two things: It’s loud and it’s fast. If you ask the designers at Lamborghini, you’ll find that fans wanted something louder. So that’s exactly where the exotic carmaker delivers.

Of course, that sound isn’t for nothing. Instead, these are the roars of one of the world’s strongest engines. Pop the hood on this sexy Lambo and you’ll find a mighty, naturally aspirated 6.5-liter V-12 sitting inside. And don’t worry, you’ll get plenty of power out of those 12 cylinders—741 horsepower to be exact.

In comparison to the Aventador, the Centenario brings nearly 20 more horses. And in practical terms that amounts to racecar-tier top speeds of 217 mph. And with a 0-60 in 2.8 seconds, you’ll undoubtedly conquer any racetrack with this fast car.

Alongside bringing some of the world’s fastest speeds, the Lamborghini Centenario also happens to be one of the sexiest cars you’ll ever find. And, naturally, most of these design choices assist in bringing out that stellar performance.

For starters, there’s that beautiful carbon fiber wing which increases the downforce by nearly 200% when in use. And then you’ll notice those massive dips in the hood. Naturally, these look cool. But they also work to redirect the air over the car without slowing it down. So again, it’s another great aerodynamic choice.

Even this cool car’s body is built for performance. To be exact, the bulk of the frame is carbon fiber. Even the wheel covers are made from lightweight material. So this dream car manages to keep weight to a minimum while maintaining a sleek appearance. That’s no easy task, but this Lamborghini manages to do it quite well.

For another epic design choice, check out the front of this cool car. You’ll notice some of the sexiest curved headlights you’ll ever see in your life. And to make matters better, these are another aero choice since they assist in redirecting air as it hits this car. You can’t argue with a great design that actually boosts a car’s performance!

Once you lift those vertical doors, you’ll step inside the Lamborghini Centenario for the ultimate racecar experience. In fact, you’ll immediately notice the digital instrument cluster. Here, you’ll find some of the sleekest gauges to ever be found in a car. Even the tachometer manages to look epic with its digitized appearance.

You’ll also be treated to Alcantara-coated seats. And as a whole, they do a great job of offering some comfort while inviting you to push this car to its ultimate performance levels.

What’s the Price of a Lamborghini Centenario and When Can You Get One?

How could anyone not want to get behind the wheel of this beautiful car? Sadly, Lamborghini is keeping the production of the Centenario to a minimum. As such, the company will only produce 20 coups and 20 roadsters. For the price, expect to pay between $2.2-$2.4 million. And if you want the fully stripped and unpainted carbon fiber model, you’ll tack on an extra $200 k. But once you see how sexy that design looks, you’ll definitely see why it’s worth every penny.

With that said, this is a rare car. And if you want to buy it, you’ll need an invitation from Lamborghini itself.

It’s not every day you find a car that couples such a beautiful design with epic amounts of speed. But somehow, the Lamborghini Centenario pulls it off with ease. It’s without a doubt one of the world’s fastest cars. And since Lamborghini only produced 40, it’s also one of the rarest vehicles out there. But getting behind the wheel of this beast is sure to give you an experience no other car can provide!