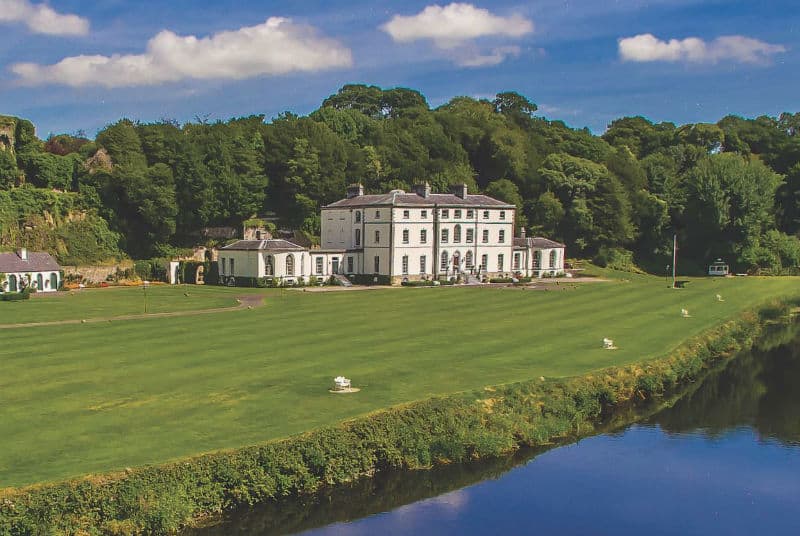 An Exquisite Dream Home in Ireland

There are 26 monarchies in the world, and 12 of those are in Europe. The most famous royal families— likely to be those who are most well-known — would naturally include the Monaco royal family, the British Royal Family, and the Japanese Imperial Family.

Several royal families make headlines for various reasons these days, but here is a straightforward list of some of the most famous royal families that reign across the world.

The Most Famous Royal Families

Queen Elizabeth II, the reigning monarch of the House of Windsor, is likely the best known — and, in many circles, the most popular figure among the world’s royals. She has been on the throne for 69 years, and her family’s history and more current status are well-documented in books, plays, documentaries and films, ensuring their place as one of the most famous royal families in the world.

Albert II, the son of Prince Rainier III and the former American actress Grace Kelly, is the sovereign Monaco prince. His popularity stems largely from his role in raising the standards of education and community welfare and his commitment to sustainable development, ocean conservation, and ethical projects through his namesake foundation. There can be no doubt that the Monaco royal family is amongst one of the most famous royal families across the world.

The  Japanese Imperial Family is the world’s oldest hereditary monarchy, dating to the 6th century B.C. Emperor Naruhito, who married Empress Masako in 1993, when he was still Crown Prince. He ascended to the throne in 2019 and has a largely symbolic role. Naruhito is the only head of state in the world with the highest monarchical title of Emperor.

King Jigme Khesar Namgyel Wangchuck, known as the Dragon King, is widely respected and beloved in his country. After his father abdicated, he was formally crowned in 2008 at age 28. The “People’s King”,  described as charismatic and charming, has a largely ceremonial role in the Himalayan nation.

King Abdullah II Al Hussein is the 43rd generation direct descendant of the Prophet Muhammed. He assumed his constitutional powers as king following his father’s death in 1999 and is highly regarded for his commitment to the stability of Jordan and interfaith peace in the region. He married Rania Al- Yassin in 1993 and is now regarded as one of the most famous royal families in the world.

King Carl XVI Gustaf and Queen Silvia head the Royal House of Sweden, known as the House of Bernadotte. Under the constitutional monarchy, the king’s duties are primarily ceremonial. King Gustaf is known worldwide as the annual presenter of the Nobel Prizes. In addition, he is said to be passionately involved in matters concerning the environment, technology and agriculture.

For those who are not part of a royal family, there exists the opportunity to live like royalty in one of the most desirable locations in the world. Browse real estate in Monaco-Ville, also known as the Rock of Monaco, one of the most sought-after locales in the principality for stunning residences near the Monaco Prince’s Palace.

What other famous royal families would you add to our guide?