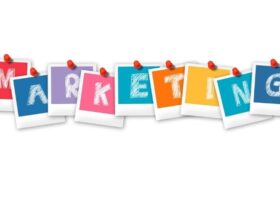 6 Marketing Strategies to Grow Your Audience

Las Vegas is the ultimate destination to bring in the New Year with stellar experiences across the Strip and beyond. The destination will host one of the largest pyrotechnic fireworks shows in the world, along with unparalleled nightclub parties and concerts by A-list performers. With experiences and entertainment for visitors of all tastes, Las Vegas is the place to ring in 2016.

Revelers can rock the night away at the Fremont Street Experience with the Downtown Countdown New Year’s Eve 2016 Las Vegas Celebration. This year the ultimate New Year’s Eve street party is themed TributePalooza and features 13 of the world’s greatest tribute bands. The event takes place from 6 p.m. to 3:30 a.m. on Dec. 31, with a year-in-review retrospective on the Viva Vision screen, a midnight countdown and an epic fireworks display.

The High Roller, the world’s tallest observation wheel, at The LINQ Promenade offers a 360-degree view, 550 feet above the Las Vegas streets; making it one of the destination’s best views to watch the New Year’s Eve fireworks display. Visitors can purchase VIP cabins that begin loading at 10:30 p.m. and will be at a standstill for the midnight display.

At Lake Las Vegas, visitors can celebrate the night with fireworks in the MonteLago Village at midnight. Along with the fireworks display, a DJ will spin the latest hits for partiers throughout the village.

The “Entertainment Capital of the World” is sure to delight all visitors with an endless amount of world class performances.

GRAMMY award-winning pop-rock band, Maroon 5 will perform on Dec. 30 and 31 at the Mandalay Bay Events Center at Mandalay Bay Resort & Casino. The party continues at the MGM Grand Garden Arena on Jan. 1 as beloved crooner Michael Bublé takes to the stage. Those looking for a major New Year’s Eve sporting event can cheer on their favorite fighter as UFC 195 at MGM Grand Garden Arena pits two world-class athletes in the octagon as Robbie “Ruthless” Lawler takes on Carlos “The Natural Born Killer” Condit.

Britney Spears will ring in the year with two dazzling performances on Dec. 30 and 31 at Planet Hollywood Resort & Casino. Britney Spears isn’t the only headliner wowing audiences on New Year’s Eve, however. Celine Dion, the best-selling female artist in history, will perform all of her number one hits and more at The Colosseum at Caesars Palace.

The Cosmopolitan of Las Vegas will play host to a roaring New Year’s Eve weekend celebration. Guests can celebrate 2016 with Bruno Mars at The Chelsea, rap star Fetty Wap at Marquee Nightclub, Scott Bradlee’s Postmodern Jukebox at Rose. Rabbit. Lie. or take in the fireworks display at the rooftop viewing party at The Ice Rink.

Multi-platinum GRAMMY-nominated singer and songwriter Carly Rae Jepsen will ring in the New Year at the Venetian Las Vegas with three concert performances: Dec. 30, and 31, 2015 and Jan. 2, 2016. Jepsen will perform her headline shows inside The Venetian Theatre.

Olivia Newton-John will bring summer lovin’ to New Year’s Eve with her resident show “Summer Nights” at the Flamingo Las Vegas. The production features an eight-piece band and takes fans on a journey through the celebrated singer, actress, songwriter and philanthropist’s life and career.

Party-goers can dance the night away as the world’s top DJs keep the celebration going well into the New Year.

Drai’s Nightclub at The Cromwell is celebrating the arrival of 2016 with a trio of concerts from some of 2015’s most popular performers. The sizzling lineup begins with award-winning artists Nicki Minaj and Meek Mill on New Year’s Eve. The party continues throughout New Year’s weekend with the announcement of back-to-back return performances by resident performers Chris Brown on Friday, Jan. 1 and The Weeknd on Saturday, Jan. 2. ( Image by Billy Kerr )

At TAO Nightclub at The Venetian, partygoers will be able to celebrate the arrival of 2016 with a special performance by music icon, Snoop Dogg.

Hakkasan, inside the MGM Grand Hotel & Casino, welcomes DJ Hardwell on Dec. 30 and resident DJ Tiesto on Dec. 31. In addition, one of the most recognizable DJs in the world, Calvin Harris, will be spinning at Omnia at Caesars Palace.

Perched 55 floors above the Las Vegas Strip, Ghostbar provides guests with one of the best views of the electrifying midnight fireworks show. DJs OB One and Mark Stylz will be playing today’s top hits as guests celebrate on the club’s oversized patio. Partiers who are looking for something a little more can toast to 2016 with a group of friends by reserving an intimate VIP booth for the evening.

As more than 300,000 visitors close down Las Vegas Boulevard, the Strip’s only gay New Year’s party – Evolve Vegas NYE – will be taking place at the Tropicana Hotel in its stylish Havana Nightclub. Last year’s event hosted more than 1,000 guests and was voted among the top six Gay New Year’s Eve blowouts by OutTraveler magazine.

Getting around the Strip is easy with The Las Vegas Monorail. While New Year’s Eve is one of the busiest times of the year and the famed boulevard is closed to automobile transportation, the Monorail provides convenient connections to major Strip destinations for hassle-free transit. Visitors can purchase a special pass when they travel to Las Vegas, valid Dec. 27 to Jan. 1. Tickets can be purchased at any Monorail customer service ticketing office, online at tickets.lvmonorail.com or at any eTicket kiosk.

To begin the countdown, get information and book an unforgettable trip to Las Vegas, visit www.LasVegas.com.

The Las Vegas Convention and Visitors Authority (LVCVA) is charged with marketing Southern Nevada as a tourism and convention destination worldwide, and also with operating the Las Vegas Convention Center and Cashman Center. With 150,000 hotel rooms in Las Vegas alone and nearly 11 million square feet of meeting and exhibit space citywide, the LVCVA’s mission centers on attracting ever increasing numbers of leisure and business visitors to the area.