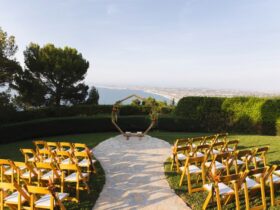 Now that the pandemic is coming to an end, businesses are hoping that the world of work will return to normal. As in 2019, workers are going to commute to the office, do their hours, and then return home.

Unfortunately, that’s not the message coming from workers themselves. Around 40 percent of office staff told Microsoft’s Work Trend Index that they planned on switching roles once the economy got back to normal.

For managers and business leaders, this is a worrying trend. It means that colleagues aren’t happy in their current roles and are looking for new opportunities to improve their careers.

These findings aren’t just the results of a small survey either. More than 30,000 people living in over 30 countries took part, with two in five suggesting that they wanted to move on in 2021.

The question for business leaders, therefore, is how to respond. They need to implement robust strategies that keep workers in their roles. The message should be that the grass is not necessarily greener on the other side.

Here are some of the factors driving workers’ lack of satisfaction and what you, as a business, can do about it.

Lack Of Satisfaction With Company Leadership

Employees want companies to show exceptional leadership. However, many feel like their places of work let them down during the pandemic. Many lost touch with their colleagues and experienced a lack of camaraderie.

According to data collected by Microsoft, Gen Z are most likely to say they want to find a new employer. During the pandemic, many say that they had trouble saying their bit during meetings, staying motivated and networking with other employees. Others report that new remote working setups are damaging their work-life balance and making them feel exhausted.

This lack of cohesion, mostly due to the pandemic, is causing workers to look elsewhere. They want to be members of teams where each person has a significant role to play.

Most importantly, workers want every day to count. They need to feel like they are contributing something meaningful to both customers and other people around them. They don’t want to spend their time performing idle tasks or watching the clock. Having a sense of involvement is vital.

So what can leaders do? Options include:

The Need To Keep Skills Fresh

Workers are also becoming more aware of the threat of widespread automation. Given the pace of technological change, it might not be long before many workers find themselves out of a job. Research estimates that new technologies will replace around half of all roles by 2035.

In this context, workers are looking for ways to keep their skills fresh. They know that if they don’t add to their CVs, they risk stagnation and, perhaps, technological redundancy. So many are taking matters into their own hands and looking for opportunities to move on.

So, in this context, what can employers do? Primarily, they should give more attention to the employee journey. Firms that invest in onboarding and training are much more likely to retain colleagues than those who don’t.

If you manage a firm where workers are at risk of automation in the next ten years or so, consider enhancing your development options. Provide more personal and professional development courses. By upskilling workers, you should be able to hold onto your people when new technology comes along.

Investigators also blame the concept of disassociation for the current spike in job hunting. Workers feel less attached to their places of work than in 2019. They are still communicating intimately with their closest colleagues. However, they are missing out on second and third-tier workplace associates – loose ties that help to keep organizations together. Colleagues are not getting broader experience of their companies. And that is encouraging them to seek out new opportunities. Loyalty is at all-time lows.

Smart managers need to react to this trend. But how precisely should you go about this?

Top of your list of priorities should be to find ways to get people talking across the organization. You don’t want workers siloed in their teams for months on end, never branching out and meeting new people.

If you can, organize get-togethers and parties. Re-open the office early and encourage cross-departmental conversations. If you don’t take these steps now, colleague loyalty will continue to plummet.

A General Feeling Of Stagnation

When workers travel to the office every day, they have the feeling that they are really “getting somewhere.” But because of the constraints of the pandemic, there is an abiding feeling of stagnation across the workforce. Workers feel trapped and unable to progress.

Stagnation can take a terrible toll on worker and company wellbeing. It reduces the ability to focus and it makes people feel as though their days don’t have real purpose. Many colleagues experience other strange side effects such as sleepiness and brain fog.

This feeling is encouraging more people to seek out new roles. Prudential found that around 80 percent of people are looking for new jobs because they are not on an upward trajectory. They worked hard during the pandemic. But at the end of it, they looked back and realised that they hadn’t really gotten very far.

Part of this comes down to how companies reacted to the pandemic. Most diverted their resources to dealing with the immediate problems they faced instead of worker wellbeing. This means that the average team member has had little input for around 15 months.

So what can companies do about this? Smart leaders are taking the initiative and maintaining milestones. They are creating goal-based cultures that make workers feel like they are moving forwards. Goals aren’t just regular targets. Instead, they are transformative aims, akin to company missions.

When leaders change how they approach goal-setting, they transform their workforces. Colleagues should have a vision, besides the usual “keeping people safe.” Safety is a prerequisite to great work; it doesn’t produce high performance by itself.

Lastly, many workers are complaining of too much work during the pandemic. At the start, most assumed that they would have more free time due to the lack of commute. But that isn’t quite what happened. Employers saw an opportunity to work colleagues longer hours, and they took it. Days no longer end when people leave the office. Rather, they linger on, so long as people have an internet connection.

What can firms do about this? The obvious answer is to maintain a strict division between work and leisure. If people in your office got off at 5 pm in the past, make sure that the same is true now that they are working remotely. If the pressure of Zoom calls is getting to people, look for ways to reduce how many they have to make. Give them breaks between meetings instead of conducting them back-to-back.

Around half of workers are planning on changing their jobs in 2021 which is a staggering statistic. Typically, only around 15 percent of people look for new jobs each year. Employers, however, have tools for fighting back against this trend and holding onto their best people.