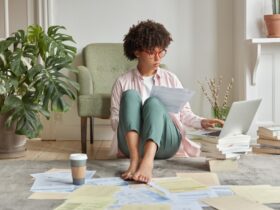 Tom Holland started out as a pretty normal kid with Dyslexia who had his mind open to many career choices. In our Hollywood spotlight series, we will put the spotlight on Tom Holland And his Journey to becoming the youngest Spider man.

At seven, Tom was diagnosed with Dyslexia and was sent to a private school so that he could be added to. While Tom claimed he liked the school, he had to leave as it started affecting his family’s financial situation. At this time, Tom Holland was a Kid who loved dancing and considered teaching and carpentry as probable future career options. He performed with his school group at the 2006 Richmond Dance Festival and was spotted by a Choreographer, Page who taught he had grace and great potential. After two years of training, he landed the role of Michael Caffrey, the protagonist friend, and made a debut performance at the West End’s Victoria Palace Theatre. Later on, Tom was promoted to the lead role with his co-star and became more involved in projects. This increased his confidence as he hoped that his classmates will like him better but due to being in a professional environment, he struggled to fit in and his grades suffered.

His first taste of the spotlight was in the film ‘The Impossible’ that was released in 2012. Critics praised his performance and ability to portray the growth from a self-involved to an adolescent actor.

Tom Holland rose to fame after starring with other big stars in movies but one of his best was ‘In the Heart of the Sea’ which featured Chris Hemsworth. After that, he signed a deal with Marvel Cinematic Universe (MCU) to play Spider-Man and first appeared in ‘Captain America: Civil War’ (2016) which was a commercial success. He played other roles in movies that were successful or somewhat successful but his most successful film was the Spider-Man Franchise which started in 2017. The first film ‘Spider-Man: Homecoming’ made over $800 million after it was released. He actually attended a real high school to prepare for the role and students in the school did not believe he was cast as Spider-Man.

This reflected what his character faced in the movie and made his performance more authentic.

Tom also starred in three movies produced in 2021. The first was a crime drama Cherry where he played a college student suffering from post-traumatic stress disorder after enlisting in the army and robbed banks to fund his drug addiction problem.

To deliver his performance fluently, he interviewed military veterans, lost weight and regained it after filming.

The successful actor might not be seen in another Spider-Man movie but he already has another successful movie in 2022, ‘Uncharted’ based on the video game series.

The movie has gained quite a ranking in Box office and is still climbing.

Tom Holland has won several awards and is described as one of the best youngest actors in his generation. We can look at what he shares as we anticipate his next exhilarating performance.