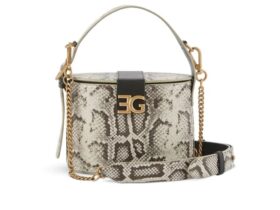 ENAMOURE: Fabulous Handbags For Every Fashionista

Zendaya has made quite a name for herself. She has moved from being a backup dancer to a very successful actress and musician. In our celebrity spotlight series, we are going to show you the amazing journey of Zendaya and how she became successful.

Zendaya started her career as a child model and backup dancer. She had a lot of roles in theatres during her primary education and quick gained local fame due to her performances. At eight, she joined a dancing troupe called Future Shock Oakland but she only stayed in the group for three years.

Zendaya got her first review at 11 after her performance in Caroline, or Change from Keith Kreitman of San Mateo Daily Journal. Keith Kreitman described Zendaya’s performance as delightful. She soon moved to Los Angeles after that and her career took off.

Zendaya become famous after she played the character Rocky Blue in the Disney sitcom, ‘Shake it Up’, known then as ‘Dance Dance Chicago’. The sitcom became Disney’s second highest-rated premiere in its history. Zendaya still pursued her music career alongside her acting and released ‘Swag it Out’ in 2011 and also stared in the book trailer for from bad to cursed by Katie Alender.

She even gained more recognition when Target stores began selling clothes whose designs were inspired by those worn by Zendaya and members of the ‘Shake it Up’ cast. Her budding career pretty much shot up from there. She played her character in ‘Shake it Up’ till the final season, signed a deal with Hollywood records and released three independent songs. In 2013, Zendaya released a wildly successful debut album. The song ‘Replay’ became a hit and currently has over 208 million views on YouTube.

One of her most popular Disney shows is ‘K.C Undercover’ which was formerly known as ‘Super awesome Katy’. Zendaya played a key role in renaming the series and redefining her character and she got noticed for it. In 2015, she was noticed again but not for a great performance. Her ‘locs’ for the Oscars attracted both positive and negative energy but mostly positive as Zendaya was honoured with her own Barbie Collection replicating her Oscars look. Zendaya later released her first song with republic records featuring Chris Brown in 2015 too. 2016 saw Zendaya gaining international acclaim and moving to bigger roles.

Zendaya’s biggest role from 2016 will be playing Michelle in the movie ‘Spider-Man: Homecoming’. Even though she only played a handful of scenes, she seemed to attract more attention than Tom Holland who played the lead.

Critics described her performance as mesmerizing and called her a scene stealer. As usual, she even added her own embellishments to the role by not wearing makeup and carrying a cup of herbal tea through her screen time. She again co-stared in the high-performing musical ‘The greatest Showman’ as Zac Efron’s Character’s love interest. Bigger and better recognition is attached to the current role she plays in Euphoria as 17-year-old Rue who is a drug addict and the narrator of the series.

Several critics praise her for her performance in the HBO series. Ben Travers of IndieWire wrote that Zendaya adds a heart-breaking levity to the moments when her character felt invincible instead of fragile. Her performance gave her the Primetime Emmy Award for Outstanding lead actress in the drama series, making her the youngest receiver of the award.

In 2021, Zendaya embarked on several projects including Space Jam: A new Legacy, Dune, and the best of all Spider-Man: No way Home as MJ. We are currently expecting more thrilling performances from Zendaya in Dune: Part Two, Be My Baby, A White Lie, and Challengers.

We can soak up the titbits Zendaya shares on her social media platforms while we wait for her next project.