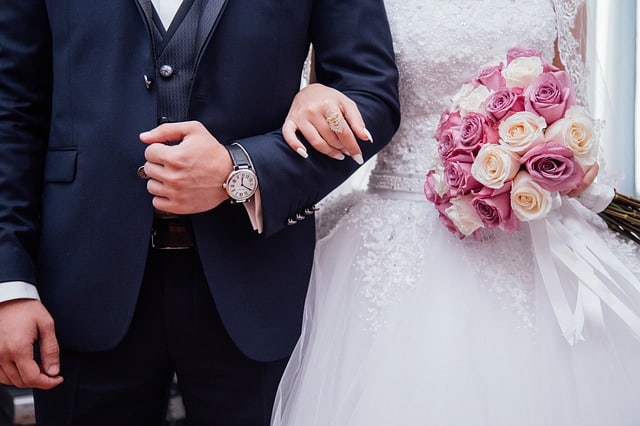 5 Ways To Improve Your Marriage

Since her powerful movie debut, Lupita Nyong’o has entranced audiences with her beauty and acting skills. Today, we shine our Hollywood Spotlight in this celebrity’s direction. (Image credit: Leon Bennett/Getty Images, Eonline.com)

While many Hollywood stars get their start with small roles on television, Lupita Nyong’o took a different path. In fact, she began her career in the production crew on films. However, one star she worked with encouraged her to follow her passion and continue to pursue an acting career.

Before her Hollywood breakthrough, the future-celebrity also wrote, directed and produced her own documentary, In My Genes. The 2009 film focused on albinism in Kenya and shared the stories of a few Kenyans with the gene mutation.

This star’s official on-screen Hollywood debut was extraordinary! 12 Years a Slave (2013) was a biographical drama about the plight of a free-born African American man kidnapped and sold into slavery before the Civil War. Chiwetel Ejiofor played the lead amongst a slew of Hollywood heavy-hitters including Michael Fassbender, Brad Pitt, Benedict Cumberbatch, Paul Giamatti and Sara Paulson.

The movie was Lupita Nyong’o’s breakthrough role. Indeed, 12 Years a Slave performed admirably with critics, in the box office and at award ceremonies. It earned the Best Picture Academy Award. And notably, Lupita Nyong’o won the Academy Award for Best Supporting Actress!

In 2015, Disney brought the Star Wars franchise back to theaters. The first installment, Star Wars: The Force Awakens, brought us 30 years into the future. While there were some familiar faces from the original, audiences got to know some new characters like Lupita Nyong’o’s Maz Kanata. The celebrity enjoyed the opportunity to play the CGI character, not only to be part of the iconic franchise, but to have a role that didn’t focus on appearance.

Three years later, the star struck gold again with Disney and the Marvel Cinematic Universe as part of the cast of Black Panther. The movie introduced audiences to T’Challa, the Black Panther, and his homeland of Wakanda. Lupita Nyong’o played his love interest, Nakia.

Indeed, to say the movie was a success would be an understatement! It had an outstanding performance at the box office. It even became the ninth highest-grossing movie of all time. Praised for its cultural significance, Black Panther was also a critical darling. Impressively, the movie earned nine Academy Award nominations including one for Best Picture. While superhero films routinely get nominated for music and special effects, other award nods are not common. In fact, this was the first time a superhero movie earned a Best Picture nomination!

Earlier this year, Lupita Nyong’o starred in Us, a horror movie by comedian turned writer and director Jordan Peele. The creepy thriller told the story of a family who encounters döpplegangers while on vacation. To say the movie performed well may be a bit of an understatement. Us became one of the best performing horror movies at the box office. It even broke records established by Peele’s first horror directorial foray, Get Out.

Critics and audiences agreed the film was terrifying as was its main star’s performance. Not only did Lupita Nyong’o need to play two characters in the movie, she did it masterfully!

This talented celebrity is about to publish her first book! Set to hit bookstores on October 15, Sulwe, a book for young readers, tells the tale of a five year old Kenyan girl who has the darkest complexion in her family. It’s a story the star has shared she relates to herself.

Aside from the book, Lupita Nyong’o has a host of upcoming movies! Later this year, she will reprise her role as Maz Kanata in Star Wars: The Rise of Skywalker, the last installment in the franchise. The J.J. Abrams movie will open in theaters on December 20.

The actress also has a few action films in the pipeline. She, alongside award-winning actress Viola Davis, will star in The Woman King, a movie about the general of an all-female military unit. She is also part of the ensemble cast of 355 with Jessica Chastain. The spy thriller has a scheduled release date of January 15, 2021.

There is also excitement about some Hollywood negotiations going on! It seems Lupita Nyong’o may be starring in The Killer. John Woo is looking to revisit his classic 1989 movie. While surprising to fans who love the original, they are also excited at the prospect of a reimagining of the film. And with Lupita Nyong’o as the assassin, we are in for an exciting ride!

RV Campgrounds To Visit When in Los Angeles

6 Tips To Help You Sell Your Mobile Home Fast