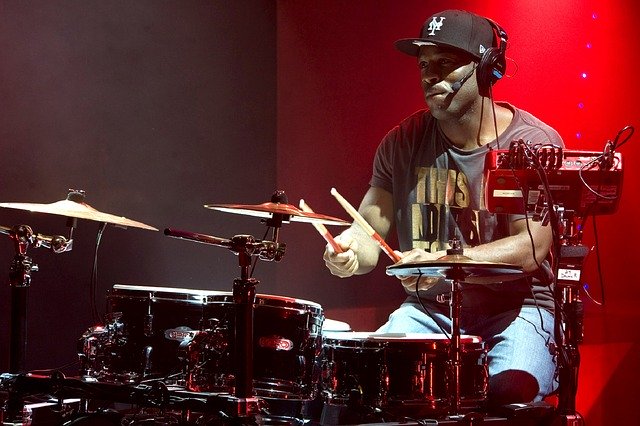 George Clooney has been a mainstay of Hollywood for over three decades. His diverse career has stretched from the small screen to the movie screen and even to the United Nations. In fact, just last year, George Clooney was the latest recipient of the American Film Institute’s Lifetime Achievement Award for his contributions to and enrichment of our culture. And today, with our Celebrity Spotlight, we also recognize this talented star’s endeavors in Hollywood and beyond. (Image Credit: ABC)

This charming celebrity cut his acting teeth on The Facts of Life (1985-1987). Cast as a handyman at a girl’s boarding school, his boy-next-door smile quickly caught the eye of many viewers. George Clooney continued to build his resume as a recurring character on Roseanne (1988-1991). However, his first major success was as Dr. Doug Ross, a passionate pediatrician on ER.

Audiences loved this talented celebrity’s take on the flawed doctor. Even today, many consider Dr. Doug Ross to be one of the best television doctors. And during his tenure on the show, George Clooney received two Emmy nominations and three Golden Globe nominations. Indeed, ER put George Clooney on the Hollywood map!

But while this talented celebrity appeared in numerous popular television programs in addition to ER, he had not yet made it big in movies. That all changed with From Dusk Till Dawn (1996). George Clooney starred in the vampire crime thriller from the mind of Quentin Tarantino. Overall, the movie got mixed reviews. However, it has since developed a cult following. But more importantly, it proved George Clooney could dominate the big screen and box office.

In 2001, this Hollywood star was the title character of Danny Ocean with the fantastic ensemble cast of Ocean’s Eleven. The famous celebrities of the 1960’s, like Frank Sinatra, Peter Lawford, Dean Martin, and Sammy Davis Jr., starred in the original movie. And the cast of the 2001 version was no less impressive! Brad Pitt, Matt Damon, Andy Garcia, and Julia Roberts joined George Clooney for the remake.

The witty comedy was a hit with audiences and critics alike. It even became one of the highest-grossing films of the year. The movie’s overall success not only landed it on the list of the greatest movies of all time but it helped spawn two sequels, Ocean’s Twelve (2004) and Ocean’s Thirteen (2007), in which George Clooney reprised his role.

For many years, the handsome celebrity was a confirmed bachelor. While he always had a beautiful woman on his arm, he firmly expressed that he no desire to marry and build a family. But it turns out he just hadn’t met the right woman! In 2014, George Clooney married Amal Alamuddin, a successful and well-known human rights lawyer. A few years later, in 2017, the happy couple grew by two when they welcomed twins Ella and Alexander.

For much of George Clooney’s Hollywood career, he has been actively involved in politics and humanitarianism. He has campaigned for politicians, fought against genocide, raised awareness of Darfur, and spoken out about gun control. In fact, the United Nations recognized the involved celebrity for his activism by naming him a United Nations Messenger of Peace in 2008. With this honor, George Clooney traveled the world on behalf of the United Nations to spread their purpose and peace. Some past and present famous recipients of this honor include author Elie Wiesel, activist Malala Yousafzai, actor Leonardo DiCaprio, and singer Luciano Pavarotti.

Even Nespresso recognizes this star’s dedication to the world and its people. In 2006, George Clooney became the face of the coffee company as the brand ambassador. Since then, he has brought a smile to our faces in the charming commercials and print advertisements for the brand. However, the celebrity’s involvement doesn’t stop there. In fact, he also sits on Nespresso’s advisory board which works toward sustainability and advocates for coffee farmers.

Indeed George Clooney also has a variety of interests beyond his humanitarian efforts. Notably, the Hollywood icon built an incredibly successful tequila business with friends Rande Gerber and Mike Meldman. Together they formed Casamigos in 2013. Their ultra-premium tequila quickly developed a loyal and growing following. And that success ultimately contributed to the three business partners selling Casamigos in 2017 for quite a tidy profit. Interestingly, the sale catapulted George Clooney to the top of the year’s highest paid actor list, beating the second place Dwayne Johnson by over $100 million!

This debonair celebrity and his stunning bride both have jet setter reputations. But not only do they travel the world, the couple has fallen in love with a few locales enough to set up roots. Of course, as a busy Hollywood actor, George Clooney’s home base centered in Los Angeles. He purchased his private villa in Studio City in 1995. Just a few years later, the celebrity, a well-known Italophile, purchased a home on the bank of Lake Como, Italy. In the years that followed, he also bought neighboring properties to assure his seclusion and privacy.

Following their nuptials, the pair purchased a beautiful English country estate on a private island in the River Thames. This picturesque location provides ultimate privacy with the convenience of city amenities just a short trip away. Today, the family considers this property their primary home. However, just recently, the Clooneys bought an impressive penthouse in Manhattan. It is close to Columbia Law, where the star’s wife teaches, and a quick walk to the United Nations. Perfect for a United Nations Messenger of Peace. Perchance the Clooney family will be soon making the United States their home base!

After years in movies, we will soon see this famous actor make a return to television. Catch-22, a miniseries based on the novel by the same name, stars George Clooney, Hugh Laurie, and Kyle Chandler. And in addition to acting in the series, the Hollywood icon is also directing! In a nod to the countries the celebrity calls home, the drama is a co-production by Hulu, Britain’s Channel 4, and Sky Italia. With hope, Catch-22 will be available to stream in 2019. We wish George Clooney the best of luck!