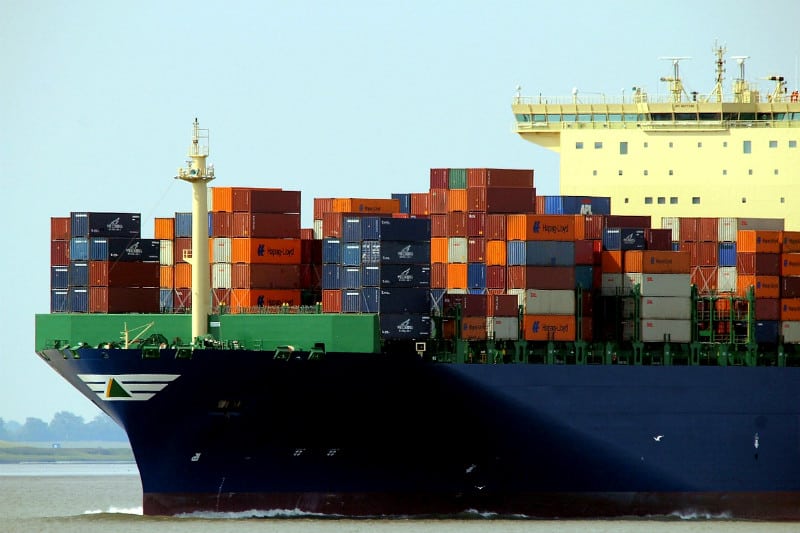 Tips For Buying A Shipping Container For Business Storage

Since the beginning of his Hollywood career, Ben Affleck proved he had the skills to dominate the big screen. From co-writing an opus to the working man to starring as a dark version of one of the world’s most iconic superheroes, the talented celebrity is a jack-of-all-trades. So today we shine a light on his journey through the industry with our Hollywood Spotlight.    (Photo courtesy of William Morris Endeavor (WME)/ DC Entertainment)

While Ben Affleck had a memorable role in the cult-classic, Dazed and Confused (1993), he gained much more notice for his writing debut. Good Will Hunting (1997), which he co-wrote with friend Matt Damon, focused on the growth and struggles of a mathematical genius who worked as a janitor. Damon starred in the film along with the legendary Robin Williams. And Ben Affleck played a supporting role. The movie was a fantastic success with critics and in the box office. Notably, Ben Affleck and Matt Damon won the Academy Award for Best Original Screenplay and the Golden Globe for Best Screenplay. And a fun fact: Ben Affleck is still the youngest person to win an Oscar for screenwriting!

Hollywood began its love affair with the handsome celebrity after Good Will Hunting’s success. The following year, he starred opposite Bruce Willis in Armageddon (1998). While critics panned the movie, the disaster film was a financial bang. Also that year, he had a supporting role in Shakespeare in Love (1998) with Gwyneth Paltrow, his then-girlfriend. Critics loved the celebrity’s light-hearted performance and even suggested he had a talent for comedy. The movie went on to win the Best Picture Academy Award.

Ben Affleck reunited with Gwyneth Paltrow two years later in Bounce (2000). The role was a departure from his previous roles. The romantic drama gave audiences an opportunity to see an intensity from the actor that they had not yet experienced.

Following his marriage to actress Jennifer Garner, Ben Affleck starred in Hollywoodland (2006). The celebrity played George Reeves, the original Superman, in the period mystery. The star’s performance in the fictionalized biopic was astounding! Many critics celebrated the movie as the actor’s best work. Not surprisingly, the role garnered Ben Affleck many award nominations for Best Supporting Actor.

In 2007, the star stepped behind the camera to direct Gone Baby Gone. The mystery about a pair of private investigators searching for a kidnapped girl starred a few big names from Hollywood, including Morgan Freeman, Ed Harris, Michelle Monaghan, and the celebrity’s brother, Casey Affleck. The movie was lauded by critics and received a slew of award nominations and wins. In fact, many critics list Gone Baby Gone as one of the best movies of 2007.

Following the success of his directorial debut, the celebrity received many offers to direct. One such project was The Town (2010). Not only did he direct the crime drama, he co-wrote the script and starred as well. Again, the film received praise.

The next movie the star directed was Argo (2012). The film is based on the rescue mission during the 1979 Iran hostage crisis. Ben Affleck also starred in the film along with a host of other big Hollywood names like Bryan Cranston, Alan Arkin, and John Goodman. Argo was an incredible success not only in the box office but during award season. The film was nominated for seven Academy Awards including Best Picture. However, Ben Affleck was not nominated for a Best Director Oscar, causing many in Hollywood to express that he had been unfairly overlooked.

In 2016, Ben Affleck joined the DC Extended Universe as the newest incarnation of Batman in Batman v Superman: Dawn of Justice (2016). His initial casting was concerning to long-time fans of the Caped Crusader but ultimately, the star won over audiences with his performance. He reprised the role with a cameo in Suicide Squad (2016) and a starring role in Justice League (2017).

Originally, the celebrity had planned to direct the upcoming movie, The Batman. However, following Justice League, he not only stepped back from the film’s directing but also hung up his cape. In his stead, Matt Reeves will be writing and directing. No word yet on who will don the cape.

Like his ex-wife Jennifer Garner, Ben Affleck often supports charities that deal with the well-being of children. However, one charity holds a special place in his heart. Eastern Congo Initiative (EIC) is a non-profit organization that provides grant funds to Congolese charities. And notably, EIC was co-founded by the celebrity himself! Driven to create the charity while traveling through the region over ten years ago, it has since helped hundreds of farmers, violence survivors, and families throughout the Congo.

His care for the region even extends beyond the EIC. He has penned op-eds for many national and international publications. And he has even testified before many government agencies regarding policy in Africa.

Ben Affleck has two movies coming out in 2019. The first, Triple Frontier, is an action flick about five friends joining together to rob a drug lord. The celebrity joins some newer Hollywood talents like Charles Hunnam and Oscar Isaacs. A Netflix project, it had a limited theatrical release in early March and debuted on the streaming channel mid-month. The film and the cast both received positive reviews!

The other movie, The Last Thing He Wanted, is a political thriller with another cast of big Hollywood stars. In addition to Ben Affleck, the movie’s actors also includes Anne Hathaway and Willem Dafoe. The story focuses on a journalist who inadvertently becomes an arms dealer for the U.S. government. Like Triple Frontier, the movie is a Netflix property. Plus  No news on when it will hit the streaming service. We wish the movie and cast good luck!