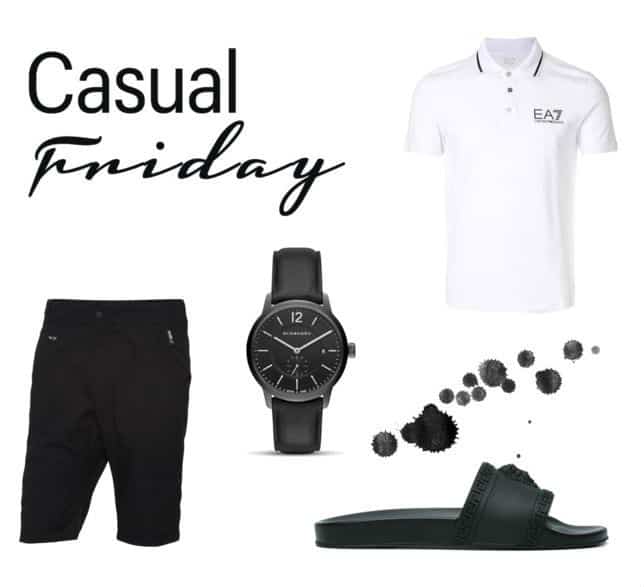 As Co-Head of Content Acquisition for Showtime Networks, Gary Garfinkel talks “the biz” with us and takes us into the world of television and movies. Grab some popcorn because you’re going to enjoy this one.

Tell us what you do at Showtime? “I share oversight of the acquisition process for films, documentaries, stand-up comedy, music and specials…the process typically starts with our screening content either here in the office or at festivals/markets and then negotiating licensing deals to bring our subscribers the best product available.  I work in Showtime’s LA office and Kent Sevener is the Co-Head in the NY office.”

How did you get started in the industry and what inspired you do to do so? “I was an only-child whose parents moved frequently so I was often the new kid on the block…during the time it took me to develop social networks, and by that I mean real-world friends since this was prior to the advent of social media, I watched a lot of television. TV just became my thing, I loved it and I know it sounds trite but during those times when I was mostly by myself, it became my best friend. So that planted a seed in my head…even though I was just a kid without a clue as to how TV worked, one day I wanted to be a part of it all. Then in the late 70’s, a show came on called The White Shadow that really spoke to me and proved to be galvanizing on a personal level…I still didn’t have it figured out but I knew that ultimately I wanted to make a living in the TV business.”

Did you concentrate on media in school? “I wish I could say that I did…that would’ve made sense, but I ended up studying finance because I was good with numbers.  My education has been helpful throughout my career but it led me down a circuitous path in terms of pursuing my dream.  I started out on Wall Street in Foreign Exchange which I didn’t find fulfilling but the experience helped me get a job in international finance with a studio’s TV division…that’s when I moved to Los Angeles. This job still wasn’t what I had in mind for my day-to-day but just being in the environment was pretty incredible given my back story. Then I got a big break; a friend was able to arrange an interview for me here at Showtime and eventually I was offered a job in programming. There were always lots of ‘screeners’ around, movies and TV shows which I’d take home on the weekends just because I wanted to see them and as a result of that, I got an opportunity to work in the Acquisitions group where I’ve been for 21 years now.”

That’s a long time to have a position, how do you do it? “Well, that can be answered by the single most important thing I’ve learned in the working world…to try your best to find a job or business that you enjoy.  It took me some time to get to that point…I didn’t start here until I was 30 but my career arc before and after Showtime is like night and day.  The bottom line is, if you like what you do then you’re more apt to work hard, constantly learn and grow, and push yourself to new challenges and responsibilities…and the byproduct of these is a satisfying and rewarding career.”

What is your opinion of “Hollywood”? ”Going to film festivals for example can be a lot of fun but for the most part, Content Acquisition is about process and paperwork so you’re in the trenches much of the time…within that context, the best part of “Hollywood” for me is: Discovery. There’s so much content being made today, thousands of films and programs a year of which we’ll do deals for several hundred.  Every once in a while, we’ll find something from an emerging filmmaker that feels totally fresh and new and the opportunity to bring this artist’s work to our viewers is what stimulates me the most and the aspect of the overall entertainment business that I find most exciting.”

What are some of the trends taking place in the entertainment industry? “The expansion of consumers’ access to content is a huge and transformative trend. Linear television remains the mothership but the ability to view what, when and where you want is fostering change in so many ways…both on the business side and in the consumer experience. As with many businesses, change happened at a glacial pace in the past…today, technology is pushing us forward at incredible speeds.  It’s never been more important for TV executives to have a mindset that’s focused on both the present and the future. At our company, we have Showtime Anytime, a highly versatile platform that gives our subscribers access to a treasure trove of extraordinary content.”

What advice would you give to producers looking for success in the entertainment business? “My advice to producers is limited because the bulk of what I do occurs after production, but it involves something I alluded to earlier. In our world we see so much of what’s being produced and one of the consistent problems is derivative content.  For example, when commercially and artistically successful films like Pulp Fiction and Blair Witch Project came out, they spawned numerous knockoffs that were hollow and boring. On the Acquisition side of the business, when we see something original that feels new on some level, that’s the one thing that gets people the most excited and often times, interested in doing a deal.”

Why is working at Showtime so interesting to you? “Generally, I love the premium television category.  Without advertisers, we’re freed up to show significantly more than you can see on free TV and basic cable…since we acquire a fair amount of genre programming, this is an important distinction and advantage for us. One area I often refer to is stand-up comedy…trying to watch stand-up with commercial breaks and endless bleeping is really challenging for me, it kills the momentum of the show.  In premium, you can replicate the experience of actually seeing a show in a comedy club.  The same goes for seeing a film on TV the way it was presented in a theater. That’s meaningful to me in terms of where I work and what I do.  And specifically to Showtime, when you take a look at the quality of our original programming and all the other great content the network offers, it’s easy to see why there’s never been a better time to work at this company.”

Why are films an important part of society and culture? “Probably for many reasons but there are two that stand out for me.  Film is often a reflection of the culture…you watch a modern-day film and perhaps it gives you a different perspective on what’s going on around you; a film from the 60’s can be like holding up a mirror to those times.  And of course movies offer real value to people as entertainment…in having a good time for a few hours, as a communal experience, and as escapism from everyday life.”

Have you discovered a personal purpose in what you do? “On a personal level, I have a wonderful job that I love to do.  It becomes fulfilling and more meaningful when I meet people who say they enjoy watching the network. And I feel really good when someone says that after having a crummy day they went home, watched some Showtime and were in better spirits afterwards.  Or that they watched a fascinating documentary and couldn’t wait to talk about it.  A few people have even told me that they were new to LA and without many friends so they were watching TV a lot to keep them company…as you can imagine, that’s a story that really resonated with me. Being a part of the team that makes Showtime an important destination for millions of people is what gives me purpose in the job.“

There you have it…Gary Garfinkel, Co-Head of Content Acquisition at Showtime Networks sharing his thoughts on Hollywood and his journey into the business of television and movies. Next time you’re watching Showtime, you’ll know a little more “behind the scenes”. Visit www.sho.com for more information about Showtime Networks.