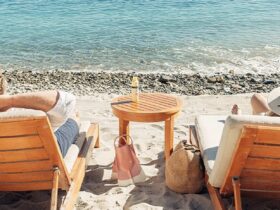 If you could afford one of the most expensive homes, what do you want it to look like?  Here you will find a list of the world’s most expensive and exquisite mansions that draw the picture of a fantasy world. They have it all from huge lounges to glorious rooms to inviting swimming pools. Want to know more about them? Read on… (Images Provided by Third Parties/Source)

The house consists of 18 bedrooms and 22 bathrooms.  It was originally on sale for $125 million, but was offered only $95 million; hence, is still available. If you have the bucks, grab it today!

This resort-like Mediterranean/Tuscan Grand Estate belongs to a Russian billionaire Yuri Millner.  It has stunning 360 degrees view of the valley bay and hills and is laid out on a 6.5 acres park like setting and 20 acres open land on Silicon Valley (San-Francisco bay).

It has 8200 sq. ft of interior luxury, 3 car garages and an additional 3 carport. Plus an on-site parking for 50 cars!

In 1990, this massive 12 bedrooms and 15 bathrooms Versailles-style mansion was built for billionaire David I. Saperstein’s then wife Suzanne; the mansion was completed in 5 years.  “Fleur de Lys” (French for lily flower), has been on sale since 2007 after Saperstein divorced his wife.  It has been declared as the world’s ‘most expensive house’ for sale in the market by Forbes.

The mansion is situated in Carolwood Drive and sprawled across several acres in Holmby Hills, neighboring Bel Air.  Influenced by the design of Louis XIV’s palace at Versailles, it has been adorned with the finest luxurious ornaments that a home of this caliber is ought to have.

The Manor, also known as ‘Spelling Manor’- a French chateau-style mansion (located in the Holmby Hills, in the neighborhood of Los Angeles, California).  It belongs to Aaron Spelling – a widely known TV producer.

It was constructed in 1988 at an approximate cost of $12 million and designed by architects ‘James Langenheim & Associates’; it has 123 rooms (yes, you read it right) and 56,000 square feet of space on more than 4.6 acres land. It also features a bowling alley, 3 rooms for wrapping presents, an ice rink, four two-car-garages, tennis court, pool and an entire wing devoted to his wife’s wardrobe. Some people have all the luck in the world!

This mansion is owned by Tim Blixseth and situated in Montana. This house is unique for a lot of things. It has a private chair lift of its own! This is one of the most expensive and unique mansions, and  contains 10 bedrooms and a heated flooring that stretches towards the heated drive way.  All the bathrooms contain fireplaces.  It also has a huge wine cellar, gym, an indoor/outdoor pool and a massage room. Now who wouldn’t want to own this beauty?