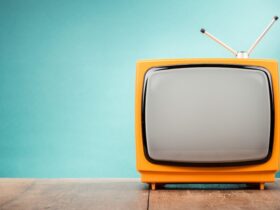 Finally, the first-ever Ferrari SUV is coming. Nobody saw or imagined the prancing horse badge would one day be on an SUV grille. Even at some point, the Italian automaker said, “an SUV model has no space in their lineup.” Well, that was then, and now Ferrari is looking to rewrite those words. The brand will do so by unveiling its first-ever luxury SUV, the 2022 Purosangue.

From the look of things, it seems Ferrari could not stomach the success its longtime fast car rival, Lamborghini, was enjoying in the SUV segment. It’s no secret, Lamborghini Urus is performing well in the market, and maybe that prompted a response from Ferrari. Whether that is the case, it remains a puzzle.

But considering the history and philosophy of Ferrari, SUV enthusiasts should expect nothing less than thrilling outputs and Superb off-road dynamics from the Purosangue. In the meantime, let’s check out the powertrain and design layout of this luxury SUV.

The Powertrain of the Ferrari SUV

According to Ferrari, their first-ever luxury SUV, the Purosangue, will feature components from Roma GT. Also, the brand’s chief technology officer, Michael Leiter, explained: the SUV model will come with two architectures. The front and rear engine. He iterated that modularity is already there, especially for the front-engine version. And as a brand, they foresee more models with 2+2, 4+, and so on.

Michael also mentioned the base platform of Purosangue could accept various engine types such as V6, V8, and V12. This looked like he was suggesting Ferrari could unveil a plug-in hybrid powertrain variant of this Luxury SUV. Similar to the design unit found in the fast car, SF-90 Stradale.

“To be honest, trying to electrify a V12 engine means, you will end up with a big and heavy car,” this is according to Enrico Galliera, the Chief Marketing Officer of Ferrari. Someone can ideally interpret this to mean the electrification will only be possible for smaller engines: the V6 and V8. He also said, “the philosophy is to have different technologies available for use depending on the necessity and evolution.”

However, the expectation is that the first-ever Ferrari SUV will ride on a V12 6.5-litre engine. The powertrain will not include a hybrid drive and will have an overall output of 800hp. This makes Purosangue a super-fast SUV since most of its competitors have V8 engines.

The Design Overview of Purosangue

From the images already circulating in car magazines, the 2022 Purosangue will have four doors. Apart from that, the super-fast SUV will probably take up the jacked-up coupe design instead of the common boxy shape.

So far, Ferrari has not released concept photos showing how the interior will look. However, some car magazines suggest the fast SUV will be a five-seater, while others say it might be a four-seater. Those supporting the four-seater layout are basing their augment on the possibility, the Purosangue may come with two sets of individual rear seats like the one found on GTC4 Lusso.

The new Ferrari SUV will come with a body stretching about 16 feet. It will also feature adjustable height suspension. And as you would expect from any Ferrari model, the priority behind Purosangue will focus on road performances and comfort. However, the SUV will still have an upper edge in off-road capabilities over most SUVs.

On the interior, nothing much to say other than speculation on its cabin layout. This is so because there are no reports on what or how the interior will appear. But from the information available, expect a spacious cabin and driver-focused layout. Also, expect elegant styling, gorgeous leather, and carbon fibre trims to highlight its sumptuous interior and a decent cargo bay.

As 2022 draws closer, more information will leak out, hopefully. But without a doubt, the Purosangue will certainly offer a standard navigation system and a new version of the Ferrari infotainment system.

The Selling Price of Ferrari Purosangue

No one is sure about the actual price of one unit. Although when compared to its close rivals, its selling price will range from $300,000.

Ferrari never disappoints in churning out fast cars yet comfortable. With that in mind, expect the Purosangue to rival the Lamborghini Urus and Bentley Bentayga and probably take over the SUV market. The brand’s marketing team is dubbing the new Ferrari SUV as “FUV,” which means Ferrari Utility Vehicle.

As for now, let’s wait until 2022, when the luxury SUV will officially debut.