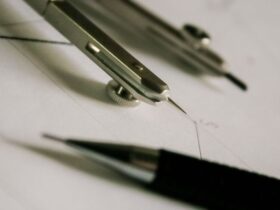 How To Prepare for Class 8 Exams In Six Months

Natalie Portman, born with the name Natalie Herslag adopted her paternal grandmother’s maiden name, Portman, during the early days of her acting career for privacy reasons.

A total beauty with brains who once said she would choose to be smart over being a movie star had her high school paper entered in the Intel Science Talent Search. Also, studied Psychology, advanced Hebrew Literature, and Neurobiology at the prestigious Harvard University.

Natalie started acting at the tender age of twelve. Since then, she has won several awards, including an Academy Award and two Golden Globe awards.

Furthermore,  she is not only one of the top Hollywood actresses, but she is also a sound animal rights activist. She became a vegan at the age of eight after she witnessed a laser surgery performed on a chicken during a medical conference she attended with her father.

Also, she does not wear animal products and created her animal-friendly brand that uses no furs, leathers, and feathers.

She was born in Jerusalem, Israel as the only child of her parents. Her family lived in Washington DC, Connecticut, and finally settled in Long Island, where she learned to speak Hebrews and attend a Jewish elementary school.

Her acting journey started with the off-Broadway musical Ruthless in 1992. Six months later, she auditioned and got a leading role in the action-drama Leon: The Professional, after which she went back to school. During the summer break, she filmed a part in Marya Cohn’s short film Developing.

Due to her impressive performance in The professional, she got a role in the comedy-drama Beautiful Girls.

Our multitalented Natalie would have been in the commercial success Romeo + Juliet if not that she was found too young for the role.

Anyways, she moved to the big-budget films in 1997 when she began filming the part of Padmé Amidala in the Star Wars prequel trilogy. In 1999, she starred in Anywhere but here, which got her a Golden Globe nomination for Best Supporting Actress.

However, in 2000, she was only able to star in Where The Heart Is because of her Bachelor’s degree education at Harvard University. She finished her studies in 2003.

In 2004, she starred as a stripper in Closer, the performance won her a Golden Globe Award for Best Supporting Actress and an Academy nomination for the same role.

2005, she finished her final Star Wars installment and also played a role in V for Vendetta. She featured and starred in several genres of movies. Natalie Portman got a deserving Oscar Win for her role in Black Swan as she trained five to eight hours daily for six months and lost 20 pounds for the role.

Not done with the big screens yet, she played Jane Foster, the scientist and lover of Chris Hemsworth in the Marvel superhero film Thor.

Furthermore, Natalie Portman portrayed Jacqueline Kennedy in the biopic Jackie in 2016 which she won the Critics Choice Movie Award for Best Actress and an Academy nomination.

She will reprise her role as Jane Foster in Thor: Love and Thunder, which is set for release in 2022. Also, she will star alongside Lupita Nyong’o in the Lady in the Lake.