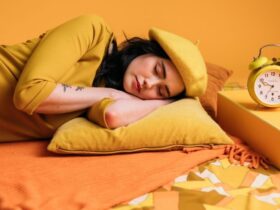 The Best Tips To Go To Sleep Sooner

It’s no surprise that climate change is disrupting our world. However, these concerns aren’t just limited to a decaying ozone layer or melting ice caps. According to the Centers for Disease Control (CDC), climate change increases air pollution, allergens, food and waterborne illnesses, extreme temperatures, and a myriad of other factors.

All that affects your health, environment, and disparate other factions of your everyday life influence the economy. If you live in climates like Texas, these concerns have even more drastic effects on your local environment and weather. A recent Johns Hopkins study found that Texas is more vulnerable than most states to the effects of climate change but also less prepared than most states to handle it.

If you live in Texas, there are plenty of ways you can take action to lessen your impact on climate change to ideally reduce how climate change is affecting you and your family.

With climate change, summers will only get hotter. Since Texas already boasts nine of the hottest cities in the U.S., many cities won’t be able to handle much hotter temperatures. Not only will hotter temperatures change your weather and climate patterns with time, but they affect your economy and health.

Hotter summers mean an increase in temperature–related ailments, many of which can be life-threatening. Those include:

As a direct result of increasing temperatures, Texans will experience more dangerous droughts. Of course, droughts are already serious issues that can affect your daily life, but more dangerous, prolonged ones can have even more fatal effects.

Droughts are responsible for many cities’ and states’ food shortages, water shortages, and even economic recessions. If you live in an agricultural area, that could also mean job losses and major crop failures for local farmers, which can have ripple effects throughout the community.

With time, less precipitation will eventually lead to the destruction of ecosystems native to the state. These can create ecological droughts, which are faster, longer, and more widespread droughts with even more long-lasting effects for vulnerable ecosystems.

If you live near water, climate change can also result in coastal and inland flooding. This is especially a concern for many coastal dwellers, including those in Texas.

In fact, recent studies have already found that extreme rainfalls in Texas are even more common now than in the past, and urban flooding has increased by about 15 percent from 2000 to 2018.

Powerful floods can destroy or damage properties, cause home evacuations, emergencies, and other quick and unpredictable emergencies. In rural areas, it can also be challenging to send out warnings that a natural disaster, such as a flood, is about to happen, thus increasing the risk for injury or loss of life.

Even with advanced warning, that won’t stop a flood from devastating your local economy in the flood cleanup aftermath.

While there are climate change conditions that have already affected Texas’ environment, there are steps every Texan can take to mitigate the effects of further damage.

Climate change is the culprit for many modern-day woes. It’s already increased natural disasters, damages to local ecosystems, and more. If you want to mitigate these effects in Texas, take action to protect your local ecosystem, which will pay dividends in protecting your health and economy.