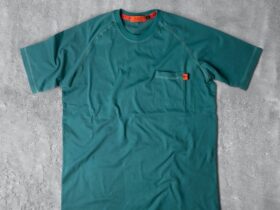 What Are Gildan and Bella Canvas Best Known For?

A new song by Rihanna and bad boy Chris Brown hit the internet recently, and the video has received over one and a half million views already. There are no details as to when the song might be released, but it’s expected to feature on Brown’s next album. The track was originally recorded in 2009, and it’s been on the backburner since then. However, Rihanna hasn’t released anything for a few months, and so it seems the time was right to upload the song online. After listening to it, most fans are hooked. With that in mind, we wanted to offer a short review for our readers. (Image Credit/Jianjun Xu/Flickr)

It won’t shock any of you to learn that Changed Man sounds like yet another breakup song. Indeed, you’re probably beginning to notice a trend here. Whenever the princess of pop and Chris Brown get on a track together, there is always heartbreak involved. Despite that, it’s a catchy song that’s guaranteed to appeal to the R&B audience. The lyrics make a lot more sense that Rihanna’s recent release Work. That seems to have been written by someone who didn’t have English as their first language. Will the track make the charts? Who knows? It’s so hard to predict these days because success has more to do with expert marketing that talent. Still, it’s certainly not hard on the ears.

Production-wise, Changed Man might be the best song we’ve heard from hip-hop’s second favorite couple. Indeed, that’s why some DJs have already started adding the track to their playlists. While they might not be together right now, they’re certainly milking their troubled relationship. Recorded in New York, the track offers a crisp sound and a fantastic beat. The vocals also sound clear and concise, which is not something we’ve come to expect from Rihanna. While Chris Brown carries the song, Rihanna’s harmonies add a much-needed softness to the lyrics. There are no details as to which producer handled this one, but you can bet it was an associate of Jay-Z.

Rihanna’s vocals at their finest

When listening to Rihanna’s back catalog, it’s clear that even unsigned bands and artists manage to achieve better quality. Most of the time, they do that with home studios. However, this track offers a refreshing take on her velvet tones. It’s obvious the producer used a lot of autotune to get the effect. However, the track showcases her vocal abilities better than anything else we’ve heard in recent times. Think back to when her first song Unfaithful hit the charts all those years ago. Changed Man takes you back to those days when things were much simpler for the beauty from Barbados.

Could we see more collaborations between Rihanna and Chris Brown in the future? Well, that looks likely when we consider she has become one of the most bankable celebrities in the industry. Still, her intense relationship could put an end to jointly-released tracks. So, make the most of Changed Man because it could be your last chance to hear two of music’s most formidable forces on the same CD.