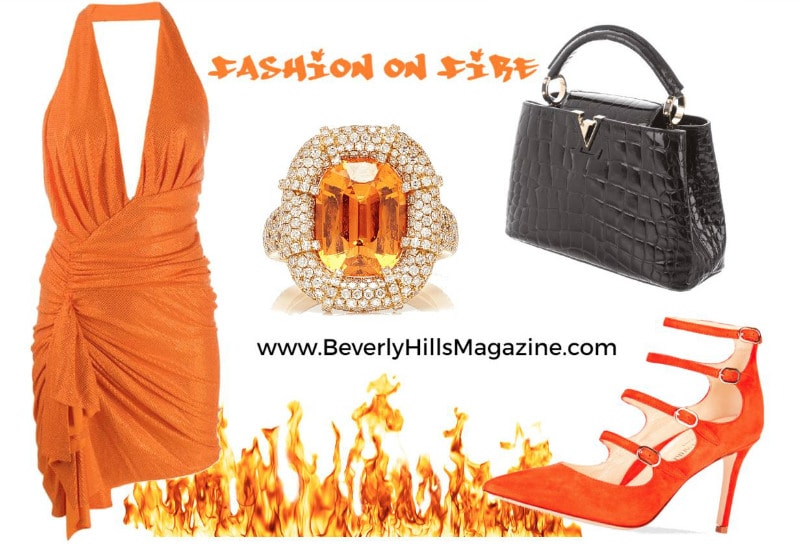 Fashion on Fire For Date Night With Hubby

A Wallace Neff masterpiece Beverly Hills estate and a favorite amongst celebrity homes once owned by MADONNA, Diane Keaton, and Harry Cohn sold for $16.5million.

A rare historic estate designed by renowned architect Wallace Neff and once owned by some of the biggest names in Hollywood was successfully sold for $16.5 million by Coldwell Banker Previews International agent Jade Mills.

This authentic Spanish Colonial revival property on North Roxbury Drive in Beverly Hills, was the home of several entertainment industry legends, including Diane Keaton, Madonna, and the founder of Columbia Pictures Harry Cohn.

This trophy estate was built in 1926 when Harry Cohn had just recently founded industry powerhouse Columbia Pictures. Mr. Cohn brought in leading ladies and men ranging from Clark Gable to Katherine Hepburn, Jimmy Stewart, Rita Hayworth, Mae West, Humphrey Bogart, and Joan Crawford to star in his films. One of Mr. Cohn’s first major films was “It Happened One Night” which starred Clark Gable. It became the first film in history to sweep the Academy Awards winning all 5 major categories.

The completely private Hollywood compound includes two guesthouses and formal gardens, all hidden from view behind stately wrought iron gates. The residence was recently totally renovated and now includes a generous master suite, overlooking the front garden and perched above the lush grounds of the back gardens. An outdoor fireplace, dining area, swimmer’s pool, and rose garden grace the grounds.

The grounds of the storied estate span to over a half acre, while the residence offers 9,142 square feet with approvals in place for an additional guest house. The main residence features 7 bedrooms and 8 baths.

The historic estate was once featured in Architectural Digest as it displays rare original detail and craftsmanship coupled with all of today’s modern conveniences.

Jade Mills represented both the buyer and seller on the Beverly Hills real estate transaction.

“This property embodies the best of Spanish Colonial design and appeals to both the architecture and film buff alike, for its rich Hollywood history,” explained Jade Mills, Beverly Hills real estate expert.