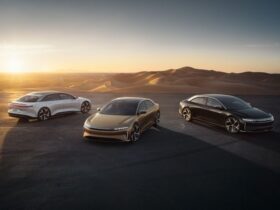 The City of Beverly Hills has been awarded the Outstanding Achievement City Livability Award, for cities with fewer than 100,000 people, from the U.S. Conference of Mayors. The national award was given this year to 20 other cities across the country, and honors city governments for developing programs that enhance the quality of life in urban areas. The U.S. Conference of Mayors selected Beverly Hills’ Embrace Civility program, developed by the Human Relations Commission. The City entered the award competition at the suggestion of Council member John Mirisch. (Image provided by the Beverly Hills Conference and Visitors Bureau)

“I want to congratulate and thank the Human Relations Commission for their outstanding leadership,” said Mayor Lili Bosse who was in Dallas to attend the annual mayor’s conference. “Their civility campaign took on some major issues such as bullying and street safety and wove it together into an innovative program that truly represents the very heart of our community.”

The program consists of three elements: the original Embrace Civility program, which developed a City civility pledge and recognizes an individual in the community each year with a Civility Award for demonstrating kind and caring behavior; the Anti-Bullying Video Contest, which rewarded creative video submissions from Beverly Hills junior high and high school students; and the Civil City campaign, which promotes civil streets and sidewalks by encouraging courteous behavior among motorists, bicyclists and pedestrians.

The award was also sponsored by Waste Management Inc.

More information on the program can be found at www.beverlyhills.org/embracecivility