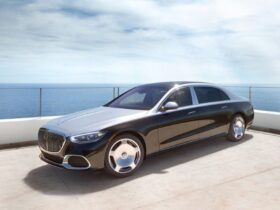 We live in a complicated world. Information is everywhere, and it’s growing all the time. This complexity is no more obvious than in the world of food. Each year hundreds of health articles are released telling us what we should and shouldn’t eat. And more often than not those articles contradict one another. Knowing exactly what we should eat has never seemed more difficult. Throw marketing and listeria outbreaks into the mix and the picture becomes even more complicated.

In any case, it’s not surprising that we don’t have much idea what is and isn’t good for us. Let’s investigate some of the foods we like to think are healthy and safe but are really foods hazardous to your health.

Banana chips turn up all over the place. They’re in muesli. They’re in cereal bars. They’re even sold in big bags by themselves. And most of us, thinking that they’re banana, believe that they’re healthy. (Image by Wikimedia.org)

What’s more, the drying process increases the calorie density. What does that mean? There are more calories per bite. You can easily eat more than 600 calories just from one 100g serving of deep fried banana chips. Anybody who is overweight or diabetic should stay away.

The humble frozen pea has been adorning our tables for many decades now. And during that time, it has served us well. Until now, that is.

It’s not the long-term healthiness of peas that we need to be worried about. Nobody thinks they cause diabetes or cancer. No – it’s the fact that we might poison ourselves by eating them. Read this from UnsafeFoods.com if you don’t believe me.

It appears that our friend, the humble pea has been let down by the big food processors, and now many Americans are at risk of listeria.

Eating too much sushi can easily put you over the limit for the amount of mercury you should eat. The consequences of eating too much mercury are things like hair loss and insomnia. In the worst case scenario, you actually risk destroying your brain.

Then there are the knock-on effects too. Mothers who consume too much mercury can pass on disabilities to their children. That’s all very bad indeed.

Recently we’ve seen a deluge of evidence that nuts are excellent for our health. And by excellent, I mean stuff like they add years to our lives and make us much, much healthier. So what’s the problem with trail mix? That’s mainly nuts, isn’t it? (Image by Wikipedia.org)

Well, not really. Yes, there are nuts in trail mix, but there’s also a lot of other stuff. If you’re overweight, then the dried fruit is potentially a problem. But the biggest issue is the sheer amount of sugar some trail mixes now come packaged with. Trail mix dried fruit is often sweetened with sugar. Ever read what’s in dried cranberries? Often they contain about 50 percent sugar, just to hide the bitterness of the berry.

In other words, the once-humble trail mix has been transformed into candy, just like everything else. As a result, it’s bad for you right now. And it means that you’re just storing up problems for the future.

Yogurt is marketed as some sort of health food. Claims usually revolve around the fact that commercial yogurts are zero percent fat. But again, there’s a problem here. Yes, the yogurts relentlessly marketed to women might be zero percent fat. But often they have high sugar content. And it’s the sugar we need to be concerned about.

Science has shown that to grow; cancers need to hook themselves up to our blood supply. In other words, our bodies need to form new blood vessels to do this. Sugar is great for cancer because it helps this process along. Blood vessels need sugar in order to grow. And our sugary yogurts are there, providing all the raw materials they need.

The problems with yogurts don’t end there, of course. Some try to get around the sugar issue by using artificial sweeteners. But they’ve been linked to a whole host of problems, from cancer to depression.

Then there is the fact that many other yogurt brands try to enhance their products by adding in things like modified corn starch. But this stuff is not exactly health food. Then, finally, there is the fact that yogurt is still dairy. And even without all the added sugar, it’s still related to conditions like acne. (Image by Wikimedia.org)

Popcorn seems like a simple enough food. It’s just corn that goes pop. So what’s the problem with stuffing it in a bag and putting it in the microwave? (Image Credit/ Lisa Clarke)

The problem is all the chemicals that make microwave popcorn possible. First off, the bag itself is made from a pretty nasty chemical called PFOA. The chemical is designed to stop the popcorn from sticking to the bag. But the chemical itself is toxic. It’s the same chemical that’s used on a lot of pots and pans to make them non-stick. And there’s now animal experiments showing that this chemical can induce cancer. So not good.

But there’s also a problem with the popcorn itself. To enhance the shelf life of popcorn, the kernels are covered in various fats and emulsifiers. And worryingly, a lot of these fats are of the trans variety. That means that they’re really bad for you since your body has no real way of processing them. And lastly, the popcorn is often also butter flavoured. Of course, this isn’t real butter; it’s another chemical. And this chemical has been blamed for making food-factory workers ill and for causing cancer too.

Margarine was touted as a replacement for butter when science found that saturated fat caused heart disease. Back in the 1970’s, we were all told to make the change. But what a terrible policy that was! Since then, the supposed health benefits of margarine have collapsed. And now we’re left with a very bleak picture of the stuff indeed. (Image Credit/ Dwayne Madden)

Now margarine is yet another processed food. As such, it’s full of the usual trans fats, salt and artificial ingredients. And just as with microwave popcorn, it comes with similar health hazards.

Everybody knows that frosting is bad for their health. The stuff is essentially just sugar, so that should come as no surprise. But what many people don’t know is that frosting contains a lot of other nasty things that make it even worse.

For starters, frosting isn’t just sugar. It’s a blend of other highly toxic ingredients. There’re trans fats in most mixes, of course. And there’s artificial colors and flavors too. Many of these artificial ingredients have been banned in other places, like Europe. Yet they remain in the American food supply, despite health warnings.

Strawberries are one of the healthiest foods around – well, at least the organic variety. The non-organic variety? Not so much. The problem is that strawberries are notoriously fragile. They’re easily destroyed by insects and other pests because they have such soft outer skin. To protect their crop, farmers have to spray strawberries with a cocktail of different pesticides.

A recent study by the US Department of Agriculture found that the average strawberry was covered in over 13 different pesticides. And what’s worse, we don’t know the effect of all these pesticides on the body.

Some pesticides have already been banned, like methyl iodide, because of cancer concerns. But that leaves many other pesticides in circulation.

It’s not just strawberries that are affected by pesticides, either. Practically every non-organic fruit that we eat contains high levels of pesticides. And that means that our bodies are being exposed to elevated levels of chemicals practically every day.

Recently we’ve seen a trend for sprouting grains. There have been all sorts of health benefits touted. But is sprouting actually a health hazard?

One of the problems with sprouts is that they are fertile ground for nasty bugs. The warm conditions that make sprouts grow are also a great place to grow E Coli, salmonella and listeria. If you’re growing them in a jar at home, it’s likely that you’re creating the ideal environment for these bugs to grow. If you buy them in a store, you don’t know how long they’ve been sitting on the shelf. And you don’t know how long the bugs have been multiplying.