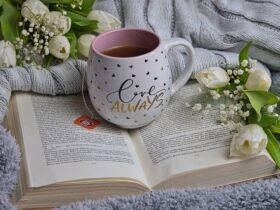 Anne Dudek takes on Corporate culture for Comedy Central and shines light on the truth behind our cultural ambitions, and whether or not they serve our highest personal fulfillment.

Beverly Hills Magazine: Describe the Comedy Central series, Corporate, for those who haven’t yet tuned in.

Anne Dudek: Corporate centers around the lives and perspectives of two junior executives in training, Jake Weisman, and Matt Ingebretson, who also co-created the show. It’s a deeply cynical view of capitalistic, corporate culture. I play a higher up executive. It’s a workplace comedy unlike the traditional happy, cheery sitcom. It’s a darker view of how we relate to each other in the workplace.

Beverly Hills Magazine: What social and societal commentary is the show is trying to make?

Anne Dudek: We’re portraying people who are warped by the demands of trying to succeed, when the values are all about power and money at the expense of your soul. On one hand, it’s upsetting, but on the other hand it’s really funny, because of its absurdity. The humor is born out of how absurd our lives can become when these are the central values of our work life.

Beverly Hills Magazine: Have you ever had to hold an office job along the lines of what’s portrayed on the show?

Anne Dudek: One of the main triumphs of my life is that I haven’t experienced that 9 to 5 job that felt endlessly despairing. Though being an actor is a difficult life sometimes as well. I think anybody in the modern workforce has had an experience with being asked to be a certain way, to succeed, that feels inherently a little depressing.

Beverly Hills Magazine: Your character, Kate, can’t seem to decide if she thrives on office politics or if she is depressed by it.

Anne Dudek: She’s a woman in the workforce, and she’s in a culture dominated by men, set up under a male set of rules. It’s a patriarchal mindset and dynamic. We’re in a cultural moment of understanding how women have been in such a place of disadvantage, especially in the entertainment community, and especially with the sexual dynamic of what’s to be expected just to get work. There’s a parallel to things that my character has experienced, whether or not it has been something that extreme. But you have to fight amongst men in a particular kind of way.

Beverly Hills Magazine: What would you say that does to a woman, psychologically?

Anne Dudek: Any time you’re forced to only use one aspect of yourself that’s deemed as valuable to achieve other goals that you have, it’s pretty demoralizing. With actresses, that has at times been their sexuality, their youth, their charm. In the case of my character, Kate, on Corporate, she’s had to adapt to a masculine set of ideals. She’s had to be super aggressive and very unempathetic and goal-oriented in that traditional kind of hyper-masculine way.

Beverly Hills Magazine: What would you say is your own most extreme personality trait?

Anne Dudek: I do share a kind of darkness with Jake Weisman, who plays Jake on the show and is also a creator of the show. I related to that fatalistic, darker world view when I first read the script. There’s an intelligence behind it that I really admire. I personally can relate to that dark humor.

Beverly Hills Magazine: What is the audience takeaway from watching Corporate?

Anne Dudek: Stories serve a good purpose when the audience can say, “How do these people know about my experience?” It’s that connection when people see the truth of their own life shared by people portraying it on television. I’ve gotten so much feedback from people who do have that kind of corporate job, and they are like, “This is so accurate to what I have experienced, and I’ve never seen it portrayed so clearly.” And it’s a commentary about what we choose to do with our lives to earn money, and what America has become.

Beverly Hills Magazine: Do you think there is a cautionary tale within the context of the show about not forgoing your dreams to make a living?

Anne Dudek: I think that’s a very privileged perspective. The reality is a lot of us don’t have a choice. There aren’t a wide variety of ways to make money that are ultimately fulfilling to people. There is an aspect of working that is purely about survival. My mom has a real interest in archeology, and she was telling me that what archeologists have pieced together is that most people lived in poverty for most of human existence. Right now, we’re looking at our modern culture and what we’re doing to survive is, on some level, we’re selling our souls to this greater capitalistic ideal of success at all costs.

Beverly Hills Magazine: I think one moral of the story is that even if your job is not your passion, it’s important to pursue what feeds your spirit when you aren’t working. Just because it’s not where your paycheck comes from doesn’t mean you can’t pursue it. I always tell people that.

Anne Dudek: There might be a greater story about how many hours people are expected to work in this day and age, just to survive at a basic level. So, what does that do to your soul, and your ability to find other outlets for what makes you happy? There’s an episode called “Weekend” in Corporate that deals with people’s lives outside of the corporate world, and it’s not very pretty (laughs). Sometimes people are working to work. You’re working for the car that you use to get to work. You’re working for the clothes that you have to wear to work. It’s an absurd reality and I really appreciate that this show picks up on that absurdity.

Beverly Hills Magazine: What is the humor aspect that runs through each episode?

Anne Dudek: The dark, dry accuracy of some of these moments. It’s like pulling out these little sparkly diamonds from a necklace, setting them all together, and saying, “Look at how powerful this is.” Our show heightens what is absurd about corporate life, and what’s absurd is really funny.

Beverly Hills Magazine: You’ve appeared in so many films and television shows over the years. What role do people most often recognize you from?

Beverly Hills Magazine: Oh my, Yes (laughs)! I thought I was the only one! How do you feel about being so recognized for that movie?

Anne Dudek: That movie has stood the test of time in a way I never could have predicted. I’ll walk into a Starbucks, and someone’s like, “White Chicks! I love White Chicks!” And I just love that. I never would have thought that movie would have made the lasting impact it’s made.

Beverly Hills Magazine: You have a tremendous resume of roles. Right before this interview I was thinking, “I’m not going to be weird and mention White Chicks, because she’s done so much since then.

Anne Dudek: That’s why I’m excited to be doing comedy again, because it has a profound impact on people and a really important place in our world. I do love being recognized for that.

Beverly Hills Magazine: When you make people laugh, you leave an indelible mark on their spirit.

Anne Dudek: It’s a very certain way of knowing that you and another person relate to each other; you both found that funny. It’s a cool connection.

Beverly Hills Magazine: Why should people tune in to watch Corporate on Comedy Central?

Anne Dudek: Because it’s extremely intelligent and provides real laughs. It’s a different kind of comedy from what is available out there right now, talking about our current culture.