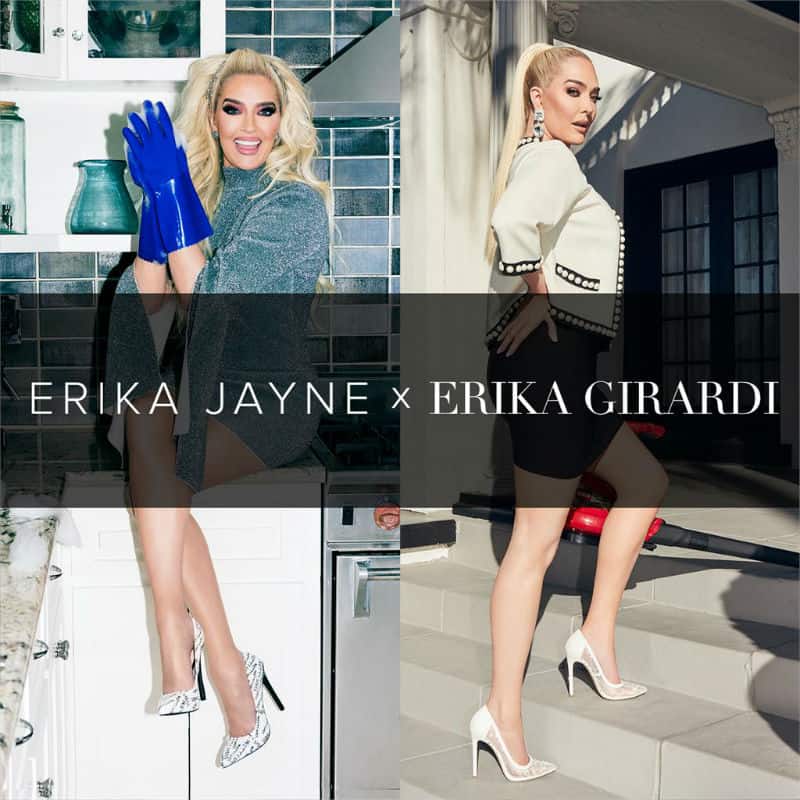 Tiya Sircar is Zach Braff’s Better Half on ABC’s Alex, Inc. She gives us a behind the scenes look into the world of Alex and dynamics of the cast members.

Beverly Hills Magazine: Tell me about the new series Alex, Inc. in which you play Zach Braff’s wife, Rooni.

Tiya Sircar: It’s based on the real life and family of Alex Blumberg, who founded the podcast company, Gimlet Media. Zach plays Alex, who is in his late thirties, very successful in his career, he’s got a wife and two kids. He decides that he wants to quit his job and start a podcast company, so he can tell stories that he feels are meaningful. In real life, Alex Blumberg did exactly that. He quit his job at NPR, where he was producing successful podcasts like Planet Money and This American Life, and he sets out to start his own company. The very first independent podcast he produces on his own is him quitting his job, starting this new company and breaking the news to his wife. Our show follows that journey.

Beverly Hills Magazine: The show is inspired by Alex Blumberg’s real story, but you take some creative license.

Tiya Sircar: It’s loosely based on Alex Blumberg’s real life, but we follow our own creative path with it. The show is essentially about following your dreams, about family, and I play Rooni, Alex’s (played by Zach Braff) wife. Rooni is a successful public defender, so she has a career that she loves and is passionate about. Now Alex is doing his podcast company which he is super passionate about. But meanwhile, they have these two kids that they want to do right by. It’s a balancing act getting this company going and figuring out what that means for the family.

Beverly Hills Magazine: Alex, Inc. is tailor-made for a millennial audience. You’ve got the incubator where Alex works on his startup, and all these young people creating outside-the-box inventions. What’s your take on practicality versus following a dream?

Tiya Sircar: I am the child of Indian immigrants, both of whom have PHDs and are college professors, and I’m an actor in Hollywood. I’m not of the mind where it doesn’t matter what you care about, you’ve got to have a safe reliable job and do the 9 to 5. I obviously don’t subscribe to that. There’s nothing wrong with that, though, if that’s what you want to do. One of the things I love about our show is that there are so many films about young people who are just out of college and want to pursue their dreams. It’s rare, in my opinion, that we get to see someone who is in his late thirties, with a wife and children who he has to support, realizing that what he is doing is not fulfilling him in a way that he really wants. He knows what will and he goes after it. The moral of the story is that you don’t have to grow complacent. If there is something that you are passionate about, you don’t have to wait to try and pursue that dream. 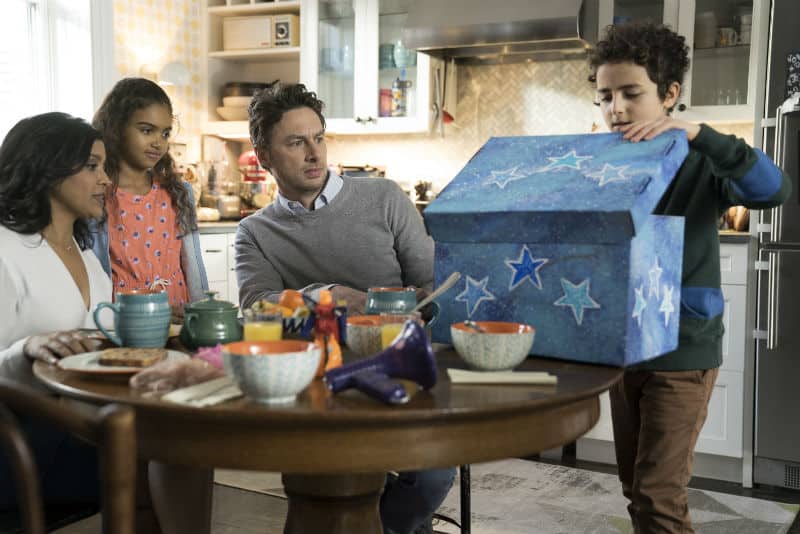 Beverly Hills Magazine: I’m assuming that part of the comedy is in how all of the characters surrounding Alex respond to his taking this big career risk.

Tiya Sircar: My character, Rooni, has a mom who is a lot like my own parents; risk averse. In our south Asian culture, very often it’s, “Who cares if you like this thing. Be a doctor.” There’s a lot of that. The audience will see that struggle, where Rooni’s mom comes to visit and she is very disapproving of Alex’s decision to quit his reliable job to go out and do this crazy dream.

Beverly Hills Magazine: I love the fact that television is showing so much diversity in families now, and Alex Inc. does portray a multiracial/multicultural family. Tell me how you feel about portraying a family that is part Caucasian, part south Asian with multiracial children, on prime-time television.

Tiya Sircar: I’m thrilled that there is this multicultural family on network, prime-time television. When I was growing up, I was acutely aware that I never actually saw anyone that looked like me on television. Probably the only south Asian character when I was a child was Apu on The Simpsons. The Simpsons is great, but that characterization is not exactly what we are going for in how we’re represented.

Beverly Hills Magazine: On Alex, Inc. you play opposite Zach Braff and Michael Imperioli, who both seem to get the punchlines. Your character, Rooni, seems to be more of the “straight man.” Tell me about that dynamic.

Tiya Sircar: They are both so skilled at comedy, which is funny, because you watch Michael on The Sopranos and it’s a testament to how talented he is. It’s so hard for me to not break character when we’re in a scene together. Everything he says, even when he’s not especially trying, it’s so funny. And Michael has some of the best lines on the show. Working with Zach is wonderful. I’m a fan of Scrubs and Garden State, and he is a super talented actor and obviously super funny. I didn’t know how he would be to work with as a director, and he’s also our executive producer, so he’s wearing multiple hats. It’s impressive to watch him go from directing a scene to being in a scene, and then also taking a step back and wearing his producer hat. 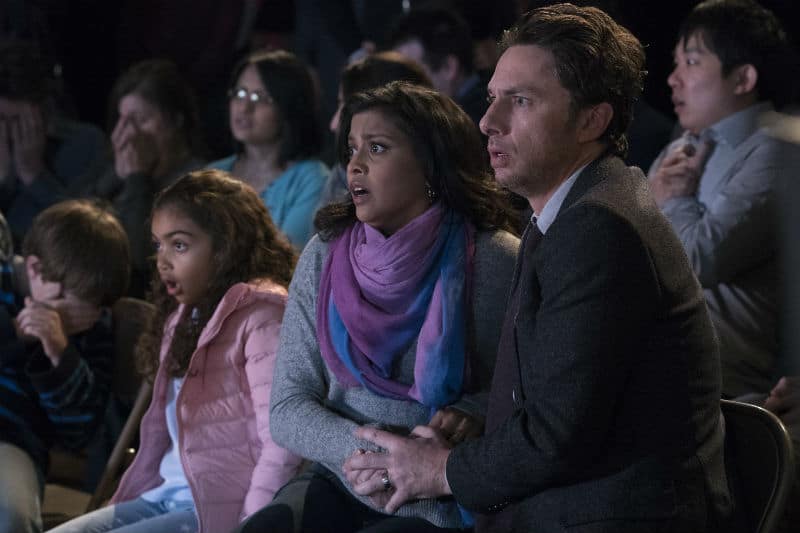 Beverly Hills Magazine: How does the show depict Startup culture from Alex’s perspective?

Tiya Sircar: The incubator scenes are really funny. There are often new startups that are renting space in this incubator, so we get to see some of their prototypes or their products. It’s not meant to make fun of, but to have a good-natured laugh and have fun with some of the zany ideas. And then you see who is running these startups. They look like they’re probably teenagers (laughs), or maybe 22 years old. That also plays into the fact that Alex is not your typical startup founder. There’s a tangible difference in age and his place in life, and that is part of the joke as well.

Beverly Hills Magazine: You voice the character of Sabine on the animated series, Star Wars Rebels, which is in its last season. Is there any talk of there being an animated Star Wars Rebels movie?

Tiya Sircar: Oh my gosh, I hope so! That would be so wonderful. I can’t imagine that any of us would be opposed to that. We all love making the show. We’re all sad that the show is ending after this season. So yeah, if there was some way of continuing the story in a feature format that would be fantastic.

Beverly Hills Magazine: Why should people tune in to watch Alex Inc.?

Tiya Sircar: It’s hilarious but also has a lot of heart, and people will enjoy coming on a journey with this family.