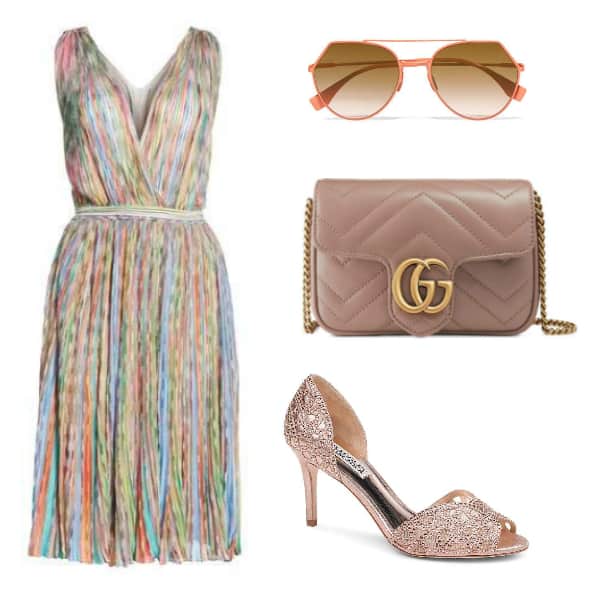 Which celebrities are you most likely to see sporting glorious Dolce & Gabanna threads? A glance at some of the world’s most exclusive events will give you a hint.

Another young actress, Selena Gomez, stunned the paparazzi during a European event. She strode down the red carpet in a Dolce & Gabbana embroidered lace cocktail dress, a proclamation of her Hollywood arrival.

There is no other red carpet more desirable to celebrity actors and actresses than the one leading to the Academy Awards. Those that are lucky enough to take that walk often bring Dolce & Gabanna with them.

Mindy Kaling wore a marigold Dolce & Gabanna silk cady one-shoulder column gown as she glided down the red carpet. It was custom fit for the actress during one Oscar event. The actor Keanu Reeves arrived soon after, wearing a classic Dolce & Gabanna three-piece peak lapel black tuxedo with a stunning bow tie. It was a look that inspired subsequent men’s fashion.

Even television events are reason enough for celebrities to adorn Dolce & Gabanna. Fashion superstar Heidi Klum dropped jaws when she wore a sophisticated mini-dress to the “America’s Got Talent” finale. And Kyle Minogue embodied the holiday spirit when she attended the Claridge’s Christmas Tree unveiling. She wore a Dolce & Gabanna red and white crochet design dress, like a trimmed tree, adorned with opulent accessories.

Still wondering where you can catch icons in Dolce & Gabanna? You can stop your search. They were all at Dolce & Gabbana’s Alta Moda event in July, marking the made-to-measure line’s 10-year anniversary.

Dame Helen Mirren, which Vogue calls the Queen of Dolce & Gabbana, wrapped herself in an intricately detailed gold corset. It served her regal status quite well. She would later glow in a custom-made Dolce & Gabanna’s gown.

Making your way through the crowd, you might catch Vin Diesel looking sleek in a jet black suit and navy blue blazer. And though she was the one with the fan, Anitta kept it cool in a timeless black Dolce & Gabbana dress.