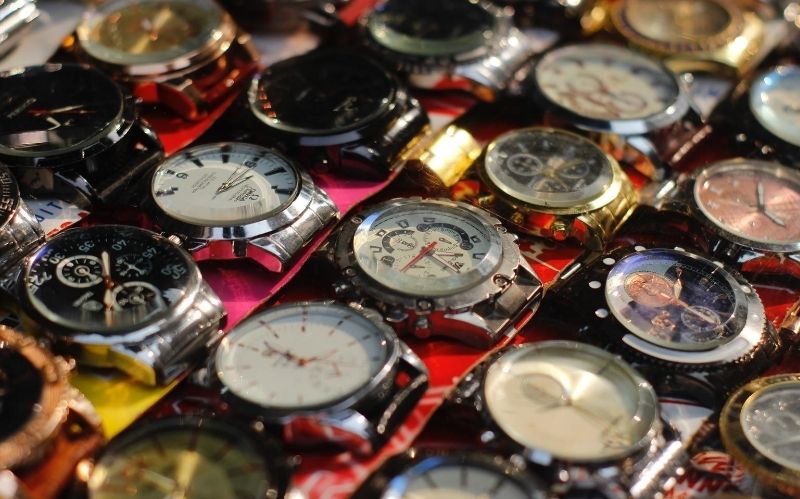 Why Are Tribute Watches the Best?

In 2021, Tyrone Evans Clark delivered a powerful inspirational speech at the Peabody Hotel. It was totally powerful — and quickly became the most influential speech during this year’s National Exchange Club Convention.

We are not shocked that Clark, the author of the award winning Grapefruit book series and one of most successful television and film entertainers who has made appearances in Velvet Buzzsaw, Women of Wrestling, BET’s

Running Out of Time, E! Entertainment’s Dating #NoFilter, some Netflix’s projects, and more would encourage the National Exchange Club Members to focus on the light and not the darkness. Something that he 100% believes in while going through hardship during his adolescence. Clark claims he had to take full responsibility and re-create his life.

What’s particularly interesting is how he points out that everyday is a beautiful day, but sometimes it’s not always beautiful. This concept and pearls of wisdom really stood out to me.

“Everyday is a beautiful day, but in my case every day really wasn’t a beautiful day… Many moons ago my life started in the heart of Chicago, IL. Just a typical family with a mother, father, and their children. Everything seems so magical with my family until one day my dad begins to put his hands on my mother. It got so bad that he pushed her down the steps while caring for one of my siblings.,” he said. “ It was horrible, but of course my mother didn’t have the strength to leave him. So she stayed. ”

According to Clark, his past was often dark and submerged with demonic forces at play.

During his childhood, Clark lost his 2-year-old brother to a house fire and was constantly mentally, sexually, and physically abused by strangers and even by family members. As a result of this trauma Clark was forced to battle mental health issues as an adult and child. The entertainer said he was numb to the pain mostly in his life, but low key wished he had the power to stop it.

At the event, Clark read “My next door neighbor Monica did the same thing to me while biting my lips for hours on a regular basis prior to my 2-year-old brother Carl’s death. Monica put my siblings in dryers. My uncle Footy threw me into a dryer and after he shut the door he turned it up on blast while I was still inside of it. My family members on my father’s side fed me poison, urine, and along with doing sexaul things to my body. During this time I was only 5 years old. I was only a child, young, and super innocent. I said to myself what the hell is wrong with these people,” he recalled.

Clark was terrified as a child  — “I wanted to tell someone at my school, but I was so scared in the beginning, but years later eventually I told someone. I ended up reporting to some angels I encountered at Benton Harbor High School.”

Clark Was A Victim of a Hate Crime

I was a victim of a hate crime, he explained, “While I was on my way to work a bunch of guys from a gang attacked me early in the morning in Hawthorne, CA and left me to die in front of a elderly home parking lot. My face was brutally beaten to a pulp. All I wanted to do was go to work and afterwards go to school. When the cops came one made fun of me and the other seemed to care at the time. After the traumatic experience I locked myself inside my apartment for months and chose not to come outside ever again. I felt like Jodie Foster in the film “The Brave One”. Jodie was so distraught and terrified that she didn’t want to ever see the daylight again and I was the same way. A few months later I made up my mind to move out of the horrific city. I had to stay in a few homeless shelters again and along with living on the street too.”

The entertainer ends his 20-minute speech with a strong closing “It really is a blessing from GOD to share your story with people. It is also a blessing to smile and to say I am HERE and I’m BEAUTIFUL and I have a VOICE and I MATTER! We all MATTER! We all have something to give. Now we are dealing with COVID-19 and these politics and the protests. I hope one day we can sit back and have tea and coffee. Because it shouldn’t matter what you believe in, the color of your skin, religion, how you dress, preference or whatever. At the end of the day, we are BEAUTIFUL AND WHEN GOD MADE US, HE WAS JUST SHOWING OFF! Namu Myōhō Renge Kyō …GOD BLESS YOU ALL… I LOVE YOU ALL AND EVERYDAY IS TRULY A BEAUTIFUL DAY! THANK YOU! THANK YOU!”

Clark said with confidence, “we all have the keys to our success and no one has the power over us unless we give it up!”

He is a prime example of success due to the notion it takes a village to raise a child. Every day is a beautiful day, but it depends on if we want to keep it that way.