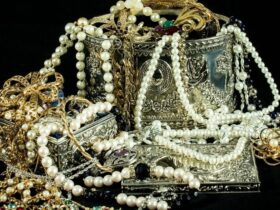 4 Pieces of Jewelry Every Woman Should Have in Their Collection

The Weeknd is one of those singers that has the talent to burst into the music world and win the hearts of millions of people. Although still young, he is one of the top-rated musicians in the world who makes constant progress with his studio albums and live performances.

Of course, there are many reasons why a performer is successful as an entertainer, but things get even more interesting when it comes to The Weeknd. The reason being is because he is one of a kind, and his success comes from various reasons, both on and off the music stage.

Therefore, we will see the top five reasons why The Weeknd is one of the best performers today. Let’s begin our journey.

New musicians sometimes become popular because they fill a gap in the music market. Of course, this doesn’t have to be the only reason why, but it is an important factor. The same goes for The Weeknd since he gives something authentic, or at least different, to the audience.

And in this music industry with empty content and lyrics that don’t mean anything at all, people love when someone with a message comes up. In addition, many of today’s lyrics insult women or refer to them only in a sexual way. That’s one more reason why people desire lyrics dedicated to someone, something, etc. That’s why many music fans love The Weeknd setlist and have found him after giving up on other performers that had nothing to say.

Since the beginning of his musical career, The Weeknd has never been afraid to experiment. He loves to step out from musical norms, so it’s not a surprise he breaks and finds new musical horizons that make him even more authentic on the music scene.

He has tried it all, from mainstream pop to trap, and implemented it into his musical repertoire. The same thing shows in his collaborations with other musicians since The Weeknd has collaborated with everyone from Ed Sheeran to Drake, from Lana Del Rey to Daft Punk, and other high-quality artists. And what is even more interesting is that he is still a young performer, so it would be fun to see what he will experiment with next in his musical career.

Believe it or not, one thing that always works in the music industry is being mysterious. And the reason for it is simple; the more mysterious a performer is, the more people are interested in both his professional career and personal life. Still, The Weeknd did this for other reasons, such as keeping an everyday life, but nevertheless, it still works.

The Canadian musician keeps a low profile even to this day, and he has addressed how hard fame is in several of his songs. He doesn’t do a lot of interviews, and he likes to talk about himself through his songs, as an artist should do, no matter if he is a musician or a painter. Therefore, the fans can find out things about him by listening to his tracks, which makes them even more attractive to audiences all over the globe.

Honest In His Lyrics

As mentioned before, excellent lyrics are what music fans need right now since there are so few of them on the music market. And one can debate whether The Weeknd is a good example or not, but one thing is for sure, he is honest in his lyrics and shows vulnerability.

The Weeknd’s lyrics are created in a way that fans from various countries and ages can relay to them and mean something important. From romance and melancholy to escapism and personal experiences, everything is present in his lyrics, which goes to show that he is also a versatile songwriter. In addition, The Weeknd co-writes some songs and once again uses the best and most productive things from collaborating with other performers.

Finally, yet importantly, The Weeknd is a known cinephile who has stated that Stanley Kubrick, Martin Scorcese, David Lynch, and David Cronenberg are some of the many filmmakers that have influenced the creation of his famous music videos. Therefore, it’s not a coincidence that his music videos are excellent, and you can also see similar scenes in some cult movies.

In fact, there is no other performer on the music scene that has similar music videos as The Weeknd, which is yet another reason he is one of the most authentic and best performers today. As you can see, the Canadian superstar pays attention to every aspect of his musical career.

So, please don’t waste any more time and buy The Weeknd tickets as soon as possible to enjoy his impressive live performances with your friends!