Get Celebrity Style in 5 Easy Steps

For several centuries, women have been trying to make it on their own. They’ve been fighting the good fight to do so, all the way to the Supreme Court. Today, the fight continues, but it is getting a little easier along the way. Women in business have become one of the fastest-growing segments in business all over the world. From biomedical trailblazing to leading in the civil court rulings, women are getting it done. Learn more about the uprise of women entrepreneurs right here.

Marje Isabelle has been running her own fertility analysis service called Fertile Matters since 2014. She found herself on the road of ovarian cancer and menopause and turned it into a job. She’s not a doctor, not a tech expert, but she’s taking this business into a new app called Intelligent Hormone Science that will help women manage menopause. She’s also creating jobs for women as she does so.

Dr. Jin Lee had a casual chat with her husband one day about kids in America with developmental issues. Soon after, she quit a health care venture capital position to launch Qidza, a parent-friendly mobile network to help parents learn more about developmental disabilities. She has developed more apps since, and now teaches men what moms actually think about parenting and business.

Women in the Remote Workforce

The remote workforce is a trend that isn’t ending anytime soon because it works. Employers aren’t hating it. Approximately two-thirds of employers are saying their workers are more productive when they work from home.

Remote work is what is helping women win in business as well. Helen Georgio is the big cheese of Buzz Talent, Buzz Mode, and Buzz Celebrity. Her mission in her business is to make an impact or go home. The team of her talent agency has doubled in size in the past few years, and she’s not winning those numbers in a cubicle. It’s a job where working remotely isn’t just logistically necessary, it’s a success formula.

Laura Inamedinova is a public relations goddess who founded her own firm in communications. Of all fields, communications are one that thrives in the remote workspace. Today, her business contracts billion-dollar companies to strategize their communications departments. She can’t do that from her own office, her work is defined by being somewhere else.

Women have been fighting to be heard at work since the beginning of the twentieth century. They’ve been fighting for women’s rights at both the state and Supreme Court level for civil rights laws to create progress. Progress has happened. In 1962, 11.5 percent of federal cases headed into court, but today, only 1 percent of civil matters wind up in trial.

In 1908, women were fighting to go to work, today they have that, but are still fighting for other rights. It wasn’t until 1971 in Phillips v Martin Marietta Corp. when it was ruled that employers could not refuse jobs to women with children. That same year, the case of Reed v. Reed resulted in a 7-0 Supreme Court ruling where a law giving preference to men was struck down. The law if it had passed would have allowed men to administrate estates rather than women.

In many cases today it feels like very little progress has been made by women entrepreneurs, but that’s just not the case. Use these stories of inspiration to join the uprising by following that thing that makes you flow towards dollar signs. 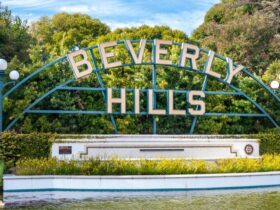