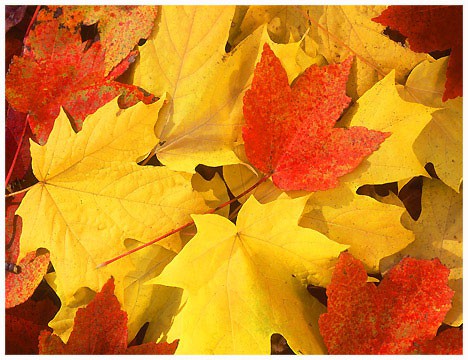 The 3rd Annual Noble Awards, which honors outstanding charities and celebrity activism, brought together Hollywood’s leaders for an emotional evening to raise awareness – and remembrance – around the philanthropic work of the entertainment community. The Noble Awards not only put the stars on the red carpet but also featured the Host Annalynne McCord anchored the show which featured trophies created by patients of Children Hospital Los Angeles. The kid creators of the awards also served as co-presenters at The Noble Awards to personally share their work with celebrity recipients The Artists Program at Children’s Hospital Los Angeles helps alleviate anxiety, provide psychological support and promote self-expression in sick and injured children through art, dance, drama, music and expressive arts therapies facilitated by certified art therapists.  Other partners include social enterprise, n: Philanthropy, who provided wardrobe to Nikki Reed and guests.

Zelda Williams gave a tearful speech remembering the charitable work of her father, Robin Williams, and announced The Robin Williams Fund under the Challenged Athletes Fund. She presented a Noble Award to Scott Tinley and Rudy Garcia-Tolson, the para-athletes on her dad’s triathlon team.

Michelle Rodriguez and Tyrese Gibson remembered their friend and co-star, Paul Walker, and presented a Noble Award to Paul’s brother, Cody Walker. Cody left his job as an EMT in Seattle to takeover Reach Out Worldwide, a disaster relief nonprofit started by his late brother.

Oscar-winner Patricia Arquette and Richmond Arquette presented to their brother, David Arquette, for his dedication to homelessness and poverty issues with nonprofit organization Feeding America. He braught the house down by his acceptance speech with a tribute to his sister’s recent Oscar acceptance speech, cheering, “…and Equal Pay for Women!”

Ian Somerhalder received an award for his environmental work under The Ian Somerhalder Foundation and presented an award to “the love of his life,” fiance Nikki Reed for her animal advocacy work. She thanked her mother in her speech for encouraging her love of animals and teaching her how to “put a diaper on a raccoon.”

Rosario Dawson received an award for her human activism work and announced her own foundation called “All of Us,” under which she will continue to focus on these issues. She thanked The Noble Awards for letting her “feel normal” for the first time on-stage accepting an award.

Recipient Kristen Bell represented her charity, No Kid Hungry, and reflected on how being a mother opened her eyes on children’s causes as she accepted the award for Youth Advocacy. She claimed, “This Award is the only thing that would get me away from my children on a Friday night.”

ABOUT The Noble Awards:

The Noble Awards were designed to give entertainers the opportunity to leverage their influence with media to educate audiences on important issues and how to take action. The awards are given to celebrities for their work including categories such as; Homelessness/Hunger,  Health, Human Rights/Social Justice, Disaster Relief, Environmental Protection and Active Duty/Veterans. The Noble awards will raise awareness and additional funding to all recipient charities through a text to donate platform with mobileCause. Donors can text 41444 and type in the key word NOBLES to make a pledge. Past recipients include  of the Noble Awards included Morgan Freeman, Norman Lear, Teri Hatcher, AnnaLynne McCord, Brett Ratner, Joel Madden, Billy Bush, Laila Ali, Kenny  “Babyface” Edmonds and Nancy  O’Dell.    TEXT “NOBLES” to 41444 to donate to these causes.

n: PHILANTHROPY has an important mission. The name itself comes from owner, Yvonne Niami’s longtime passion for altruism. Proceeds from the clothing  line are donated to support pediatric cancer and animal abuse prevention where they work hand in hand with charities such as Children’s Hospital Los Angeles (CHLA) and Society for the Prevention of Cruelty to Animals Los Angeles (SPCALA). n: PHILANTHROPY is dedicated to making a difference, not just in the way its designs make you feel, but also making a difference in the world around you.