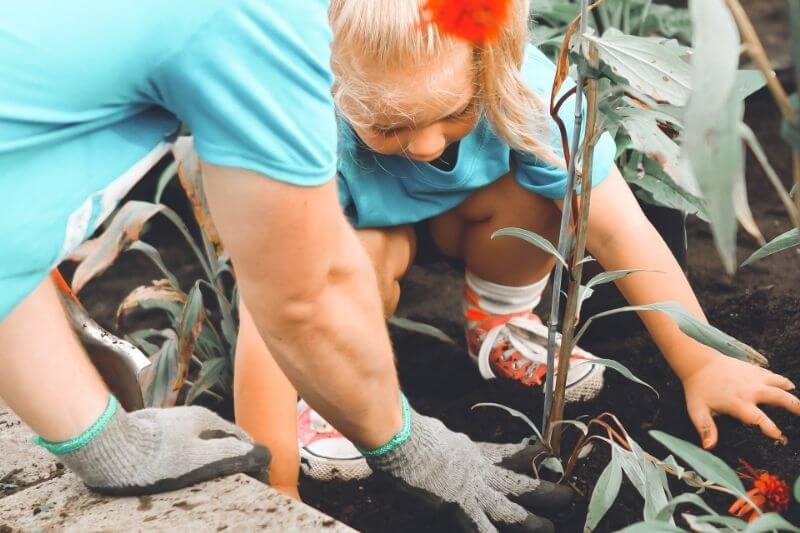 Quarantine Activities to Do With Your Little Girl

“Our new Rolls-Royce Dawn promises a striking, seductive encounter like no other Rolls-Royce to date, and begins a new age of open-top, super-luxury motoring. Dawn is a beautiful new motor car that offers the most uncompromised open-top motoring experience in the world. A true four-seater, it will be the most social of super-luxury drophead motor cars for those who wish to bathe in the sunlight of the world’s most exclusive social hotspots.

Quite simply, it is the sexiest Rolls-Royce ever built.

Like Eleanor Thornton, thought by many to be the inspiration behind the Spirit of Ecstasy, the Rolls-Royce Dawn will itself prove to be the muse that leads its owner to believe that at the start of the day, anything is possible.”

Compromise is not a word recognized in the Rolls-Royce lexicon. Indeed the company continues to live by the clarion cry of co-founder Sir Henry Royce to “Strive for perfection in everything you do. Take the best that exists and make it better. When it does not exist, design it. Accept nothing nearly right or good enough.”

The first part of this maxim – “Strive for perfection in everything you do” – guides the company’s every action particularly during the creation of a new motor car. The second – “Take the best that exists and make it better” – has been clearly evidenced in the success of both Phantom Series II and Ghost Series II as they were carefully updated in 2012 and 2014 respectively. And when Rolls-Royce judged that it was time for an authentic gentleman’s Gran Turismo to return to the world stage, it was guided by the third part of Sir Henry’s maxim: “When it does not exist, design it.” And thus, Wraith was born.

Now, the final part of this maxim has guided the Rolls-Royce design and engineering teams as they have worked to initiate a new age for open-top, super-luxury motoring. In a sector exclusively populated by the biggest of automotive compromises – the 2+2 seat configuration – Rolls-Royce has chosen to “accept nothing nearly right or good enough.”

And so, the new Rolls-Royce Dawn, the world’s only true modern four-seater super-luxury drophead, is born.

“It is always darkest just before the dawn”

In the most challenging times, the phrase “It is always darkest just before the dawn” –  originally coined by English Restoration preacher Thomas Fuller – resonates as a beacon of hope. This early morning darkness, where apparitions such as phantoms, ghosts or wraiths have been imagined, and where one’s apprehensions lurk, is brushed aside by an energising burst of early morning sunlight as one awakens to a new dawn and the endless possibilities of a new day.

Such was the feeling in 1952 as the world was finally emerging from a period of economic austerity following protracted war. That year, the world looked forward in hope asthe world’s first passenger jet, the British deHavilland Comet, made its first commercial flight and Queen Elizabeth II ascended the throne of the United Kingdom.

That very same year, the Rolls-Royce Silver Dawn drophead, which became the muse for the designers of the new Rolls-Royce Dawn, was finished by Rolls-Royce coachbuilders Park Ward and delivered to its first customer, Colonel W.A. Phillips in Canada.

A new beginning for Rolls-Royce at the time, the original Silver Dawn was the first Rolls-Royce to be offered with a factory-built body. However, the drophead Rolls-Royces that carried the name Silver Dawn continued to be coach-built for individual customers, ensuring their uniqueness and rarity, and embodied the optimism of the age as we began to enjoy life again and pursue La Dolce Vita.

This famous and rare Rolls-Royce name was only ever applied to 28 very special drophead bodies between 1950 and 1954.

Rolls-Royce’s new Dawn has taken inspiration from the Silver Dawn, whilst delivering a world first in super-luxury motoring – a cool, contemporary interpretation of what a super-luxury four-seater convertible motor car should be in 2015 – rare, refined and the most social super-luxury car there is. Much like the 1952 Silver Dawn drophead, the new Rolls-Royce Dawn stands apart from its stable mates, featuring 80% unique body panels.

Indeed such attention has been paid to ensuring this amazing new dawn for super-luxury motoring delivers on its promise, even the tyres that connect the new Rolls-Royce Dawn to the roads it will glide over have been specially developed to deliver the pinnacle ‘magic carpet’ ride expected of every Rolls-Royce that leaves The Home of Rolls-Royce at Goodwood, England.

And, specific engineering and manufacturing attention has been paid to the creation of the Dawn’s roof. Unheard of anywhere in the modern motor industry until now, the roof of the Rolls-Royce Dawn delivers the silence of a Wraith when up and operates in almost complete silence in just over 20 seconds at a cruising speed of up to 50kph.

It is safe to say that the new Rolls-Royce Dawn is the quietest open top car ever made.

“In the world of Rolls-Royce, day to day mathematical norms don’t always apply. That’s why I say in the case of the new Rolls-Royce Dawn, 2+2 does not equal 4.” –Giles Taylor, Director of Design, Rolls-Royce Motor Cars.

Studying the open-top motor car sector, and specifically its high-value luxury niche, it became apparent to Rolls-Royce’s designers that customers were being short-changed. The myopic focus on one specific configuration – the 2+2 setup – was, in the view of Rolls-Royce, a compromise too far.

Commonly held, a 2+2 is a configuration with seating for the driver and one passenger in the front plus two smaller seats for occasional passengers or children in the rear. Space in the rear is most noticeably absent in terms of longitudinal leg-room, thereby reducing the comfort and practicality of the car. In the case of a convertible body type, this reduction in space is often the result of the manufacturer’s inability to package the convertible roof together with boot and rear passenger space. The result is a sector populated exclusively by open-top cars that Rolls-Royce would consider compromised and ‘anti-social’.

“At Rolls-Royce, we pride ourselves as creators of fine motor cars that also serve as social spaces,” comments Taylor. “The idea of creating a luxury car like Dawn that can be used in comfort by only two adults on a day to day basis is anathema. In creating Dawn we have accepted no compromise to the comfort and luxury of four adults who want to travel together in the pinnacle of style.”

“Dawn is a Rolls-Royce that feels completely at home on the Route Napoleon. It is a contemporary homage to a life on the Côte d’Azur. The car is a contemporary take on the ‘Casino’ lifestyle. Perhaps seen as cavalier in character it is intended to attract people who relish both freedom and sophistication,” comments Giles Taylor, Director of Design.

“At Rolls-Royce Motor Cars we design without compromise, and this uncompromising approach brings new challenges with each new motor car,” continues Taylor. “In the case of the new Rolls-Royce Dawn, we have designed it from the road up to deliver a striking, seductive encounter.”

This cool car, the Rolls-Royce Dawn greets the observer with a striking yet elegant exterior design with classic Rolls-Royce appearance and presence. It is the most vibrant Rolls-Royce yet with charming and alluring qualities that bring a new level of finesse, sophistication and refinement in a drophead coupé – a serene yet exhilarating sense of uncompromised freedom.

It offers a new level of effortlessness and a relaxed sensory experience with an underlying exhilaration and dynamism. All this without a single compromise to comfort and space. This new Rolls-Royce embodies dynamic and social qualities that will attract a broader, younger and more socially-aware audience around the world.

The heart of the Rolls-Royce Dawn driving experience

This experience is enhanced by dynamic accelerator pedal mapping which delivers up to 30% increased response at medium throttle.

Dawn maintains Rolls-Royce’s typical steering characteristics providing superb driver feedback thereby ensuring that the car is effortless but precise to drive, while also providing a great sense of safety, even at higher speeds, no matter if the top is up or down.

The result is that the new Dawn is Rolls-Royce’s not most expensive, yet it’s most powerful full four-seat drophead motor car to date, and thanks to its advanced engineering is lighter and more fuel efficient than the majority of compromised 2+2 convertibles in the market.