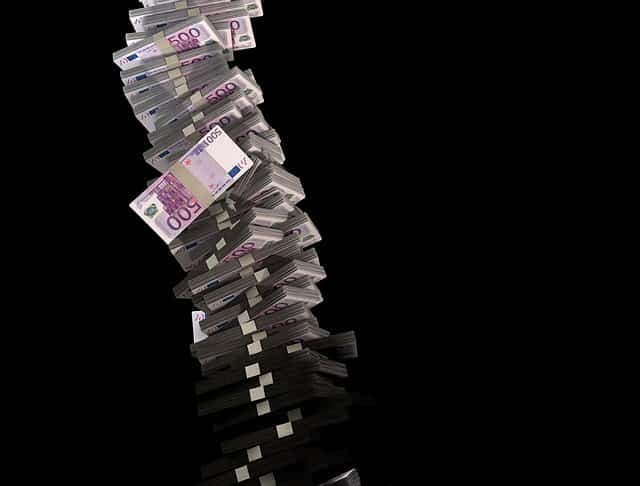 How To Manage Your New Wealth

The Music Center today announced it received a $25 million gift from Tina and Jerry Moss to benefit new programming initiatives. With this gift, the arts organization will establish an annual, free summer concert, open to all, to be held outdoors on the newly named Jerry Moss Plaza, located at The Music Center; sustain and enhance The Music Center’s commitment to free and low-cost events; and formally launch arts partnerships with community organizations to help uplift artists and their work, with an emphasis on Black, Indigenous, and People of Color (BIPOC ) artists. (Image Credit: John McCoy)

Jerry Moss, a longtime Music Center supporter since 1968, is the legendary music executive who co-founded A&M Records with partner Herb Alpert and guided the careers of major artists, including Quincy Jones, The Carpenters, Joe Cocker, Sting and Janet Jackson, among countless other music industry luminaries.

The $25 million gift is the largest single contribution for programming that The Music Center has received in its history and will be used to increase the breadth and depth of the organization’s public presentations. Other significant gifts over the years include $20 million from philanthropist Glorya Kaufman, which made it possible for the performing arts center to create the highly popular Glorya Kaufman Presents Dance at The Music Center series—featuring presentations by world-class dance companies—along with $12 million from The Music Center Board of Directors Chair Cindy Miscikowski and the Ring-Miscikowski/The Ring Foundation, which seeded the launch of the TMC Arts Fund to produce arts education, dance and public programs at The Music Center. 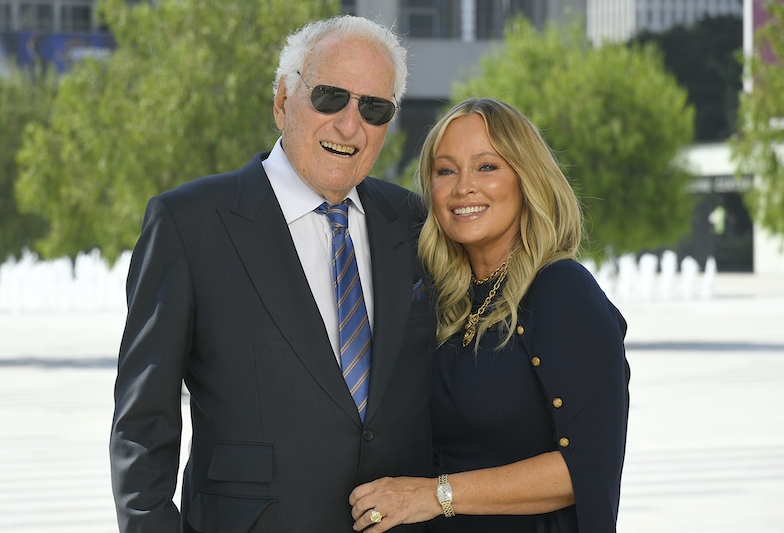 The Tina and Jerry Moss gift empowers the arts organization to sustain its current free and low-cost presentations while also creating new arts experiences, supporting The Music Center’s vision to deepen the cultural lives of all Angelenos by ensuring access to quality, affordable arts programming that is relevant to and reflective of Los Angeles’ diverse communities. The Music Center will develop and produce an annual celebration of music on the Jerry Moss Plaza each summer, featuring a headliner and performers whose artistry and appeal resonate with Moss’s music legacy.

In line with the generosity of the gift and Jerry Moss’s history of creating opportunities for artists, The Music Center will formally establish The Music Center’s Partner Network Initiative, co-designed with community partners, including those focused on health and wellness, which share the conviction that the arts can heal and transform lives. This initiative will help ensure BIPOC artists have more opportunities to present their work at The Music Center and in neighborhoods across Los Angeles County.

“Music and the arts have always been a large part of our lives as well as providing a sense of passion and purpose. We have gone to The Music Center over the years for wonderful, entertaining cultural experiences,” said Tina and Jerry Moss. “Given its focus on reaching even more Angelenos with meaningful, relevant programs, The Music Center is well-positioned to realize our dreams for this gift; we are thrilled with the organization’s plans to not only to build capacity to deepen the cultural lives of L.A. residents, but also to pay it forward and help strengthen the ability of artists who don’t often have the chance to create and innovate due to lack of support.” Seeking an opportunity to give back to the community where he built his business and experienced his success, Jerry Moss added, “I consider myself a music man, and I want to celebrate that at this stage of my life.”

“The Music Center is deeply grateful to Tina and Jerry Moss for their amazing generosity. This important funding inspires us to apply these resources in ways that honor Jerry Moss’s life commitment to music, artists and the public,” said Cindy Miscikowski, board chair, The Music Center. “The Music Center strives to cultivate and build strong arts and culture-focused partnerships, and this remarkable gift furthers the evolution of our approach to programming, not just for audiences, but by and with the people of the County in ways that reflect the County’s incredible diversity.” 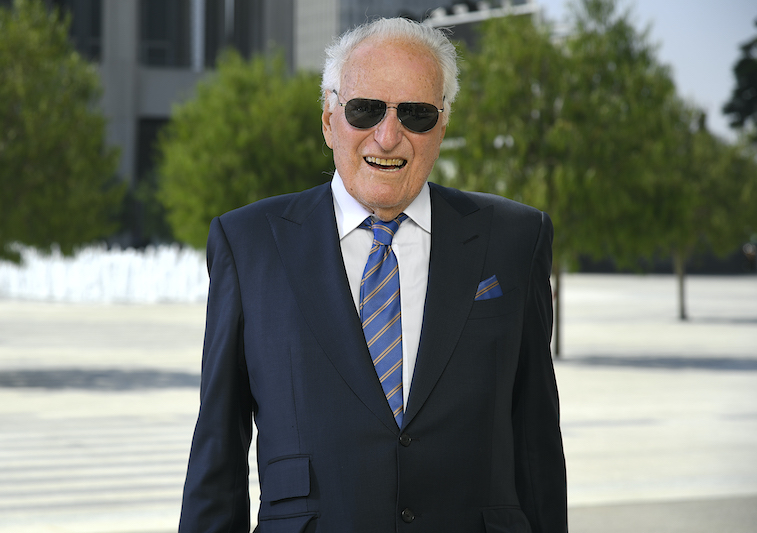 “Jerry Moss built a music empire with great integrity, rooted in a deep respect for the creative process and a commitment to believing in and taking care of artists. Guided by these values, he brought some of this century’s most extraordinary performers and music into the lives of people around the world, and we will honor his legacy in the music industry with a spectacular free concert each summer,” explained Rachel S. Moore, president and CEO of The Music Center. “Yet, beyond that opportunity, the Mosses’ donation makes it possible for The Music Center team to expand and deepen our work as a cultural anchor institution and to be a model for transformational change—to advance programming that is not only geographically, economically and culturally representative of L.A. County, but that also resonates in the hearts and minds of all Angelenos and meaningfully impacts their lives.”

“We’re living in extraordinary times right now, and we can take pride in how community leaders, such as Tina and Jerry Moss and The Music Center, are meeting this moment,” said Los Angeles County Supervisor Hilda L. Solis, who represents the First District, which includes The Music Center. “We need the arts now more than ever to uplift the many communities throughout Los Angeles County. The arts can provide hope, healing and comfort during these uncertain times. I am so thankful to Tina and Jerry Moss for their generosity and to The Music Center, both for creating new opportunities to help stabilize our emerging local creative economy and for giving voice to underrepresented artists and organizations that can help improve our well-being.”

Dr. Tina Morse Moss, PsyD, MFT, is founder of LifeDr.com and is a licensed Integrative Health & Relationship expert with over 20 years of experience in the wellness industry. She is a psychotherapist and a former treatment team member in the Adult-Outpatient Psychiatry Department and the Early Childhood Center at Cedars-Sinai Hospital, as well as a culinary wellness team member and former advisor to The New Henry Ford Hospital in Michigan.

Jerry Moss is a recording executive best known for being the co-founder of A&M Records, along with trumpeter and bandleader Herb Alpert, in 1962. The company was launched with a handshake and$200 from both men. Over the next 25 years, A&M grew into the largest independent record label in the world and is famous for having signed many of the most successful musical artists, including The Police, Sting, Cat Stevens, The Carpenters, Janet Jackson, Sheryl Crow, Carole King, Joe Cocker and Peter Frampton, among many others.

After selling A&M records to Polygram in 1989, Moss and Alpert formed Almo Sounds; Moss serves as chairman of both Almo Sounds and chairman of Rondor Music Inc., a music publishing company. Both were inducted into the Rock and Roll Hall of Fame in 2006 as nonperformers. Moss is also a long-time horse breeder and owner, including the 2005 Kentucky Derby winner Giacomo and the 2010 American Horse of the Year Zenyatta; he was appointed to the California Horse Racing Board in 2004.

About The Music Center

Anusha
View More Posts
Anusha is a Software Engineer, involved in Automation Testing as well as a freelancer, who is very passionate about writing.