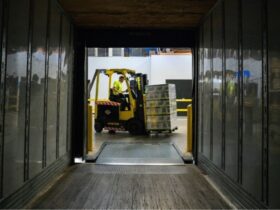 Buying a Used vs. New Forklift: 4 Points to Consider

TV is ingrained in global culture. Tens of millions come together to watch their favorite TV cast crack jokes or solve a crime.

However, not all shows are created equal. Some TV shows feature a memorable cast that withstands the test of time. The show’s fans are obsessed with all the characters and hang on to their every word.

Read on to learn about the best TV show casts in history. Explore television actors and actresses that stand out and will be remembered forever.

Seinfeld is one of the most recognizable TV shows in history. The show was about absolutely nothing but was still hilarious and memorable.

The cast was built up around stand-up comic Jerry Seinfeld. Who could forget Michael Richards who played the unforgettable Kramer?

Julia Louis-Dreyfus and Jason Alexander rounded out the cast playing Elaine and George Costanza. Dreyfus and Alexander parlayed their success into decades of additional television success.

In spite of concluding 17 years ago, Friends is still one of the most popular shows on television. There was a huge controversy when Netflix decided to no longer carry the show. In turn, HBO Max picked it up and sold potential customers on its availability.

More than 51 million people tuned in to the series finale of Friends. The cast included megastars such as Jennifer Aniston and Courtney Cox. In addition to the six main characters, the show also featured guest spots from megastars like Bruce Willis and Brad Pitt.

The final episode of MASH aired in February 1983. Roughly 77% of the total television audience tuned in. This made it the most-watched program of all time with more than 100 million viewing the finale.

While the war story was riveting, many fans tuned in for the cast of MASH. Alan Alda was the lead actor playing Dr. Pierce.

There are far too many great television actors and actresses to cover in one article. However, Loretta Swit and Jamie Farr deserve recognition for their reprisals of Margaret and Sgt. Klinger.

Full House was so popular in the 1990s that nearly the entire cast returned for a sequel. Netflix launched Fuller House decades later to lots of fanfare.

Perhaps the biggest stars were the television actresses. Mary Kate and Ashley Olson both played Michelle Tanner. They went on to become billionaires.

Candace Cameron-Bure starred as the oldest Tanner sister named DJ. She has had a long, successful acting career since Full House ended.

The Most Popular TV Show Casts of All-Time

We could keep going on forever with the best TV casts. Shows like the Golden Girls, Magnum P.I., and Cheers also deserve a mention.

However, the casts of Friends and Full House are on another level. Seinfeld and MASH feature two other legendary TV casts. If you enjoyed this article about the best TV show casts, check out our blog for more great content.