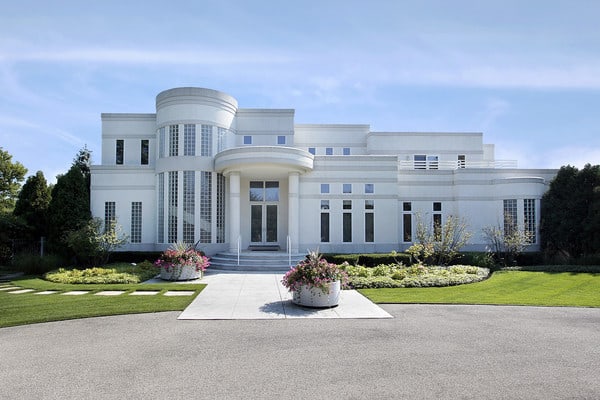 One of the world’s most popular singers-songwriters-celebrities is selling his Central Park penthouse. Starting out as the principal writer, lead singer and bassist for the rock band The Police from 1977 to 1984 and on to a highly successful solo career, Sting has won 16 Grammy Awards, three Brit Awards, a Golden Globe, an Emmy and four nominations for Academy Awards best song.  Now at age 65, he has shifted some of his energy from music to real estate. 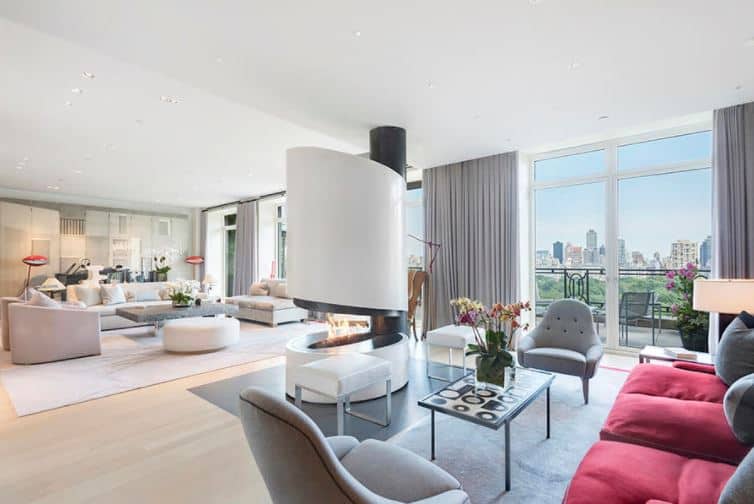 Like many of today’s celebrities, Sting turned to real estate as a safe haven to park, enjoy and invest his money.  Real estate has been a popular second career for a number of celebrities including Ellen DeGeneres, Taylor Swift, Jennifer Aniston, Brad Pitt and Diane Keaton.  Sting and his wife, actress Trudie Styler, have diversified with property in Italy, England and the United States. 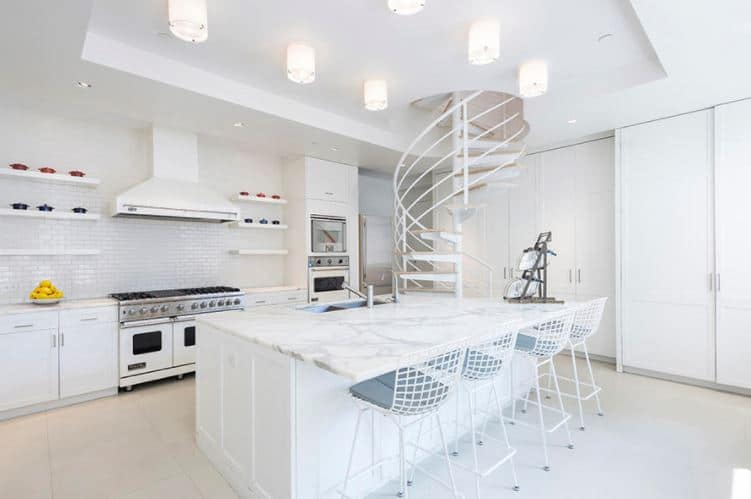 In northern England, they own a farm house in the Lake District, in southern England is their 800-acre estate in Wiltshire, and they sold a London townhouse in 2015 at an approximate $20 million profit.  In Italy, they own the Il Palagio estate where they spend summers and rent out at upwards of $100,000 per week with afternoon tea included.  In the United States, they own a Malibu, California beach house, which they rent for $200,000 for the summer, and a Manhattan penthouse which they have recently put on the market for $56 million. 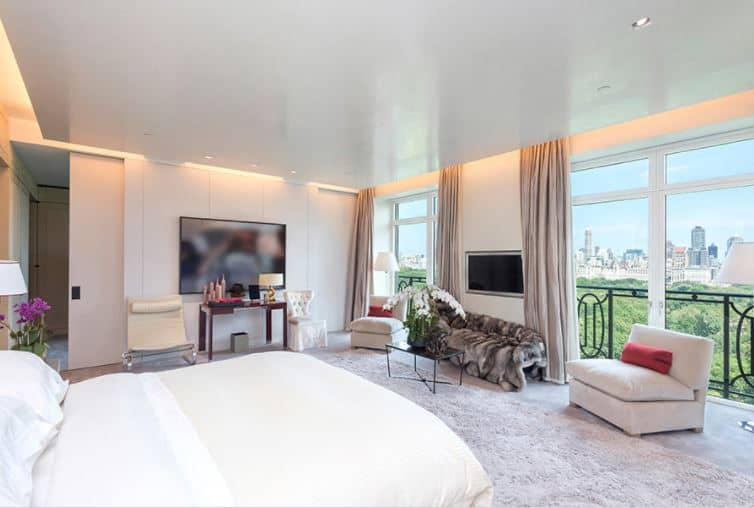 Sting’s Manhattan penthouse is located at 15 Central Park West, one of the city’s much coveted buildings.  At 5,417 square feet, the entry opens to a stunning circular staircase that looks more like a sculpture than functional access to an upper floor.  It draws the eye upward to the 10-foot ceilings and across to the walls of glass overlooking the treetops of Central Park from its 44 feet of park frontage. 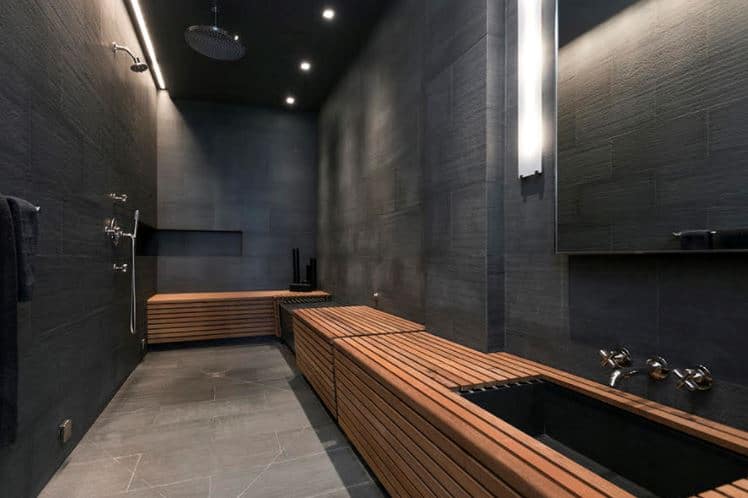 The view becomes even more magical from the parkside 400-square-foot terrace.  Also included are three bedrooms, four baths, an office, a sunny white kitchen with its own spiral staircase and a free-standing Fibonacci spiral fireplace in the living room that lends drama. 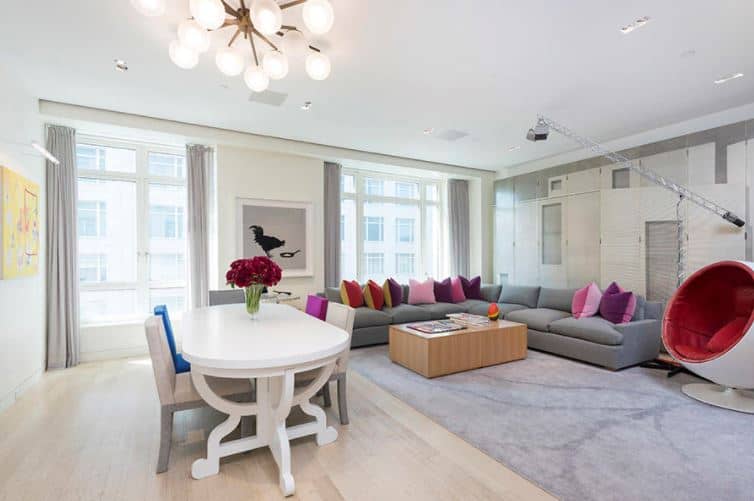 The building, known for its excellent amenities, includes a full-time staff, climate-controlled wine rooms, a 75-foot lap pool with skylights and a 14,000-square-foot fitness center.  Co-listing agents are Suzun J. Bennet of Sotheby’s International Realty and Deborah Kern of Corcoran. 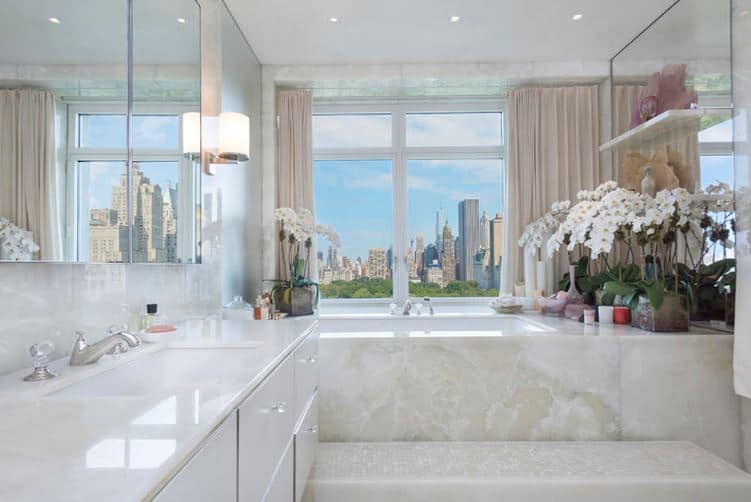