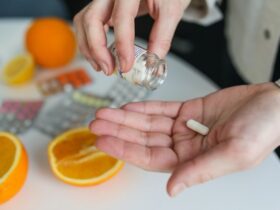 Ruggedly handsome and the epitome of a man’s man, viewers nationwide are obsessed with Greyston Holt who stars as compulsively explosive and seductive werewolf ‘Clay Danvers’ on SyFy’s “Bitten.”

A Canadian native, Greyston Holt grew up in Salt Spring Island near Vancouver. Living in the small artistic and free-spirited town, he spent much of his time outdoors fishing and hiking. His father was a drummer in a popular rock band so music was always in his blood and at the age of 12 he picked up the guitar. Acting was never on his radar until senior year of high school when he needed an art’s credit. To his surprise, Greyston enjoyed the class and his mother reached out to an agent friend of hers. After graduation, he moved to Vancouver to become an actor and the rest is history. Since then, Greyston has starred in some of TV’s most popular series including “Supernatural,” “Psych,” “Alcatraz,” “Once Upon A Time” and “Smallville,” just to name a few. Read on to learn more about this Hollywood hunk.

Greyston Holt:  Every role requires different prep work. For this character I did research it. Mostly it’s about memorizing the material, and committing it deep into my memory and making it as real and natural as possible.

Greyston Holt: I have a pretty positive outlook. I don’t work that much in the states, I actually work in Canada. It’s  low key in Canada. You don’t have the hierarchy on set here. DIVA behavior would not go over well in Canada. For me, work in Hollywood feels like a group of friends and  family working on a project.

Greyston Holt: The biggest trend is the major shift to television, with a well written 10-13 episode series. Very famous film actors are turning into it. Having the time to develop and draw out a character over a series can be very rewarding as a performer. It’s not the same process in a film, which has a much shorter time frame to create the character. A lot of actors are enjoying the new opportunities of television and its so many different platforms.

Beverly Hills Magazine: What made you decide to take the role in BITTEN?

Greyston Holt: Most actors will take most leading roles in a series. It was very interesting. When you can adapt something from a book there is rich resource to draw from to make the character. Everything just lined up for me. Stars have to align in this business.

Greyston Holt: Don’t take anything personally, be patient and have thick skin. There are a million reasons why you didn’t book the role…If you obsess, you can go crazy.

Though one of today’s rising Hollywood stars, he is an outdoors man at heart, Greyston spends as much time in nature as he can whether he’s tearing up the infamous Canadian slopes on his snowboard or building a bonfire after a day on the boat. He is a fitness buff, taking both CrossFit and yoga classes to maintain his amazing physique. He also makes time to be involved philanthropically with organizations including Children’s Hospital and Amnesty International.