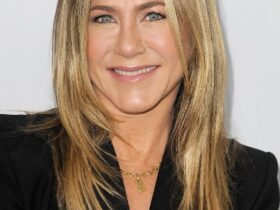 Life is what you make it, they say, and Blake McIver is truly a living, breathing testament to that.
One of the most positive, determined and inspirational young men straddling a mic today, McIver’s definitely had his ups and downs – what do you expect? He’s a child star, after all! – but with his rebirth as a musician a couple of years ago, a new life stratagem, and admirable positive outlook for the “Full House” actor. He’s now the equivalent of 100 inspirational and encouraging memes rolled into one.

The L.A native says the key to staying positive, even in the hardest of times, is… “To trust your own instinct, believe in it and love yourself enough to follow through with it.”

A star before he was even double digits, the actor got his big break with recurring roles on hit shows like “Full House” – opposite his friends Mary-Kate and Ashley Olsen, who he worked with again on the 1994 film “The Little Rascals” – and “Minor Adjustments” before solidifying a career for himself on the big screen. But near as soon as puberty hit, so too did the unemployment blues – and Blake McIver found himself having to change gears.

And what does one do when Macaulay Culkin’s advice line rings out? They tap into their other talents, of course. McIver has made a comeback as a musician – and a darn fine one of that. It’s a career switch that might’ve happened much, much earlier, had the acting bug never bit. Even as a youngster, it was clear McIver was as gifted a singer as he was an actor – he won the junior vocalist competition on ‘Star Search’, won spots in Church choirs, wrote and performed the end credit song for a film of his, and ultimately ended up assisting greats like Natalie Cole and David Foster on fine-tuning their throat instruments.

McIver’s put voice to track on a new album titled The Time Manipulator. The release, made up of nine songs that infuse McIver’s inner emotions about past plights (as a struggling actor, gay man in Hollywood, troubled adolescent – you name it!), is an insightful, emotional and encouraging listen. The indie release is one of those from-the-heart records that big studios would’ve turned and tweaked into something else, admits McIver.

What do you stand for as an artist? “The main theme of my musical work is EMPOWERMENT. I work to become the best version of myself and to be happy. I want to project my happiness into everything I do and share it with the world. I want others to feel inspired to pursue their dreams and in this way, I think I am able to effect positive change through my work, and that can be very powerful.”

Of all the songs, ‘It Gets Better’ might just be the most rousing and heartfelt. McIver explains that the song is based on, “My journey and I hope that people will get inspired to be better or do better and to believe in their own unique gifts.”

Not that the album is strictly tear-inducing ballads, it also encompasses dance music, gospel, pop and other music styles; some of the various tunes from the CD have already hit L.A radio airwaves.

McIver has found that most of the feedback he receives comes to his Twitter account – not surprisingly, many comments begin with “I know you were in The Little Rascals, but I didn’t know you could sing!”

McIver says it’s a joy people are not only discovering his music but he’s especially glad all of those “Little Rascals” fans and “Full House” viewers are still following his career with much interest. It’s a devoted fan base he has, the actor/musician admits. For all you fans ouyt there, stay tuned for more of Blake on screen in the reality show ‘The People’s Couch’ on Bravo.

What advice would you give to other aspiring actors, musicians or artists out there? “To not change who you are because you’re told to change who you are. Everybody throws in their two cents and opinions, whether they’re wanted or not, but I find the more I stick to what I want as an actor and a musician, the more success I have. Stay true to yourself.”

Blake McIver will present his new album at an album release show on June 2 at the Lyric Theatre in Los Angeles. Tickets are available at Ticketfly or at LyricTheatreLA.com. Download the album now on iTunes, Amazon, and on all available digital download platforms. Become on Facebook or Twitter today!

Check out Blake’s music video for Wish I Didn’t Need You from his The Time Manipulator Album available now: