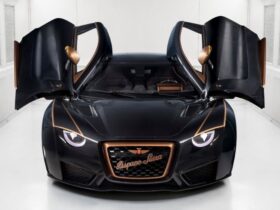 It’s the 21st century and more and more women entrepreneurs are achieving financial liberty every day. Every day we see another woman breaking the stereotype and achieving awe-inspiring status. Be it in the field of business, sports, literature, or science, women are setting new records of success, every day. (Image Credit: Resnick Quotes)

Appreciating such a positive development, here are some of the richest women entrepreneurs in business that you could look up to and be motivated by:

Lynda is the queen of food and beverages with a net worth of $2.8 billion. Many know her by the title Pomegranate Princess. She has been the leading marketing force behind several food-related businesses since the 1960s.

With her elegant taste, she has helped several businesses, including POM Wonderful, Halos Mandarins, Wonderful Pistachios, Fiji Water and Teleflora to grow exponentially. While Lynda takes care of the marketing, her husband handles all the business-related activities of the company.

With a net worth of $2.7 billion, Johnelle Hunt is the largest shareholder (having a 17% stake) of J.B. Hunt Transport Services (one of the largest transportation services in the United States).
Johnelle’s journey, as an entrepreneur, began in 1961 when she started working at her husband’s truck company. She started off working part-time; however, as the business gained more momentum, Johnelle started getting more involved in the business, especially the financial aspects of it.

In 1969, the couple, coworking together decided to expand and bought five trucks and seven trailers. This led to the creation of J.B. Hunt Transport Services. Johnelle, with her entrepreneurial prowess, brought the company to admirable heights. The company, as of now, has a total of $7.2 billion in revenue.

Another inspiring woman on our list is Doris Fisher. Doris is a notable female entrepreneur in the retail business. Doris set foot in the retail industry when she co-founded The Gap (a notable clothing brand) with her husband Donald.

The idea came to her after getting frustrated by not being able to find jeans that fit her husband. The Gap first started in 1969 as a store that sold Levi’s jeans, records, and cassettes. After this, they started designing and producing their own merchandise.

The business took off and now Doris is one of the richest women in America with a net worth of $2.7 billion.

Judy started off in her parents’ basement where she founded a software company by the name of Epic System in the year 1979. Epic System is now America’s leading software provider for medical records. Her company is known to provide service to one of the leading medical centers of the United States. And the company’s database holds medical records of more than half of American residents.

With a net worth of $3.6 billion, Judy is among the richest women entrepreneurs of America.

However, in 2015, she signed the Giving Pledge with an aim to donate 99% of her lifetime earnings to charity. These extraordinary women are leading examples of women who want to achieve more in life. If you are inspired by such women and want to start off your own business, don’t wait. Start your work at any Studio at Beverly Hills and show the world what you are capable of. There are many cowork space in Beverly Hills so it would not be difficult for you to find a cowork office space that fits your needs.