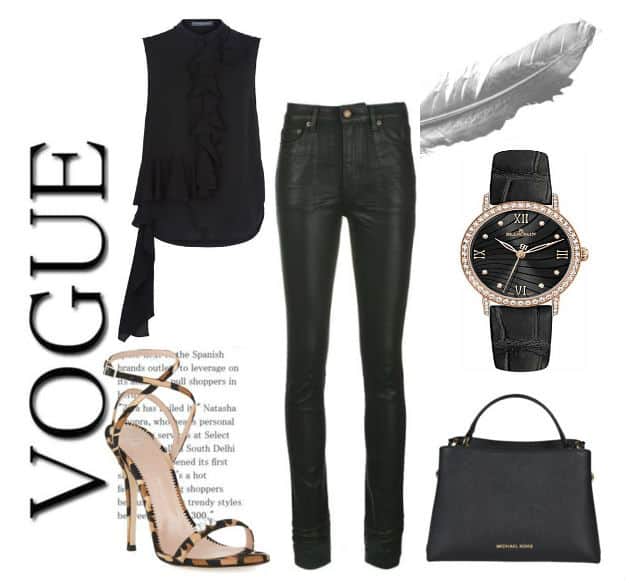 Italy is a beautiful country and the city of Milan is one of the most visited places by tourists from all over the world. It is also considered to be the place of Renaissance. This city dates back to 222 BC and once had served as Western Roman Empire’s capital, hence, of much historical importance. Although during the 2nd World War, this city witnessed huge damages, it recovered very soon and the following economic boon ensured that it grew and expanded tremendously. Today, this city does offer sublime mixture of modern high rise skyscrapers to historical architecture blended finely with Italian way of life. This city is also popular for its abundance in high-end fashion brands and for its beautiful Duomo Cathedral. (Image Credit: vivianamartinelli1979/ Pixabay)

What should you do during your trip to Milan?

Santa Maria delle Grazie Church: Even though, the church’s exterior is not among the most renowned, it does retain some grace and charm. Established in 1497, it features Gothic style and uses large rear basilica and red bricks. Sitting opposite to the Duomo, it is located on Corso Magneta. Within the building, you can get to witness the world’s classic masterpieces such as Leonardo di Vinci’s ‘The Last Supper’. This mural is hailed to be a wonderful sublime art piece in beautiful Italy depicting the Last Supper scene as mentioned in the Bible. This artwork is being analyzed and scrutinized for years to reveal its hidden content and meanings.

Milan Cathedral: This is indeed a monumental building, well known for sublime architecture. It took around 600 years to get constructed. It is located in self-named ‘Piazza del Duomo’ in the heart of the city and was established in 1386, with no official completion until 1965. The cathedral’s front façade is made of Italian Gothic style and is crowned with numerous statues, towers and decoration. Its interior is also decorative, featuring beautiful, colorful stained glass windows. Artwork can be noticed with finely detailed statues in-between central columns.

Castello Sforzesco: This castle was constructed in 1370, is located centrally having extensive gardens and grounds. Although over the years, its original design is found to be modified, it still does retain its power status and elegance. There is a huge brick wall that is lined with battlements, framed by central guard tower at the castle front. Large guard towers can be noticed at its central courtyard. Besides the castle, you can come across several small collections and museums containing numerous interesting historical and information about this castle and of the city along with artefacts.

Grand Galleria Vittorio Emmanuelle 2: The entrance hall of the Grand Gallery appears to be a palace or opera house and not any shopping mall. It is actually an extravagant and extremely opulent indoor shopping area. It was in 1877 it got established and is considered to be among the world’s oldest shopping malls, with Giuseppe Mengoni designing it. This mall is cross shaped and is covered with 4 glass panelled arms to allow sunlight. The shop fronts and the walls are decorated beautifully with stucco artwork and ornate panelling. You can come across high end designer shops like Luis Vuitton, Versace and Prada. You can find premium items here.

Saint Ambrogio: It is among the oldest building in Milan, constructed by St. Ambrose in 379 AD. This church style having simple Romanesque design has not changed since its construction. Milan city is said to be built around it, since it once had served the local population as the focal point. The front façade has two mammoth towers, while the central courtyard has several ornate arches. The church interiors do feature few beautiful artwork and mosaics, which also includes the Oratory ceiling and Christ’s depiction in one dome. You can find its religious importance and Milan’s history by visiting this church.

Pinacoteca di Brera: This Art Gallery is located in Palazzo Brera and contains amazing Italian art collection in huge numbers. The palace during the earlier years had served as national library and convent. It was only during the 19th century that it got transformed into a museum. Within the gallery, you can come across famous works like Raphael’s ‘Marriage of Virgin’, Bellini’s ‘Pieta’, Rubens’ ‘The Last Supper’ and Correggio’s ‘Adoration of Magi’. This place is easily accessible and is located close to Piazza del Duomo and the Sforzesco Castle.

Piazza dei Mercanti: It was considered to be the city centre during the Middle Age and hub of activity that witnessed trade markets and merchant activities. It is located between Piazza Corduiso and Piazza dei Duomo and is closed to the main sightseeing places of Milan. It also has numerous important buildings like Loggia degli Osii, Pallaza delle Scuole Palantine and Pallaza della Ragione. You also come across numerous significant monuments and statues of Roman origins. This square is admired for its magnificent architecture.

Leonardo da Vinci Science & Technology National Museum: This museum contains several works of this famous man along with other vital technological and scientific displays. It is counted among the world’s important museums, where you can come across collections in the form of model cars which has been created from the drawings of da Vinci, reconstructions made from his flying machines, including several of his drawings, sketches and blueprints. Also are present several other scientific pieces and inventions of breakthrough technology which is claimed to have changed the modern world.

Piazza del Duomo: In Milan, it is regarded to be the central Piazza and is a huge open space open to the public, featuring impressive sculptures and architecture. From here, you will be able to see the surrounding buildings and the famous Duomo. There is a statue of Vittorio Emmanuel, United Italy’s first king constructed at the square centre, and on the other side is the Royal Palace. There are also found high end shops, bars and restaurants.

When booking hotels in Milan, do make sure to get an accommodation, close to the important sights!