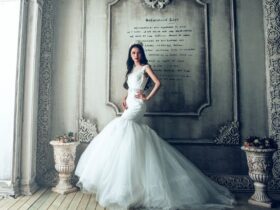 What Should Every Bride Know Before Their Wedding?

Heritage Auctions is presenting a new touring exhibition called Painting the Town: The Art of Max Ferguson with more than 20 paintings, including new canvases created specifically for the exhibition from visionary photo-realist painter Max Ferguson. The exhibition is now traveling to both San Francisco and Beverly Hills after its recent New York engagement as detailed below.

Ferguson’s work is a combination of deep technical mastery and deep pathos, empathy and soul. Stunningly presented in his meticulous and intricate streetscapes and pensive subjects, Ferguson has garnered critical adoration, famous followers and the reputation as an important and vital artist remarkably grounded in the everyday with astounding flourishes of color and fancy working in direct contrast with the complete abstraction and deconstruction of most contemporary art.

“In this exhibition, Max is reaching backward into the past of New York City to create a forward-looking vision,” said Aviva Lehmann, Director of American Art at Gallery at 445 Park. “The work is stunning, thought-provoking and incredibly deep. Collectors and art aficionados alike will all find something to love in Max’s work.” The exhibition contains more than 20 paintings from Ferguson, with several new works created specifically for this exhibition. These works include Scorsese at the Plaza, 2014; Russ and Daughter, 2014; Girl with Vermeer, 2014 and Violin Repair Shop, 2013, all prime exemplars of Ferguson’s singular talent.

Christian Viveros-Fauné writes in the catalog for the exhibition “Monuments to a vanishing city, Ferguson’s images also invoke his preferred medium’s signal strength, painting’s power to memorialize loss via hard-won craft when wedded to a truly transformative imagination.”

“The work in the exhibition – etchings, drawings, and oil paintings – is being made available to interested collectors,” said Lehmann.

The exhibition contains more than 20 paintings from Ferguson, with several stunning new works created specifically for this exhibition. These works include Scorsese at the Plaza, 2014; Russ and Daughter, 2014; Girl with Vermeer, 2014 and Violin Repair Shop, 2013, all prime exemplars of Ferguson’s singular talent.

Lights. Camera. Action…Here’s an interesting tidbit for film and movie industry aficionados: a graduate of the NYU Film School in 1980, Ferguson approached Martin Scorsese 1986 about using him as a model in one of his paintings capturing iconic scenes of New York. Twenty-six years later in 2012, Scorsese agreed to model for Ferguson in the Oak Room at the Plaza Hotel and Ferguson painted Scorsese at the Plaza, 2014 (pictured below). Both attended the NYU Film School as did fellow classmates Chris Columbus, Charlie Kaufman and film critic Stephen Whitty.

Max Ferguson learned the discipline for his meticulously rendered paintings while doing animated films as a teenager and graduated from New York University film school in 1980, but it was while spending a year at an art school in Amsterdam that his interest switched to painting. He developed an enduring admiration for Dutch seventeenth-century painters and has sought to integrate their concern for craftsmanship with contemporary urban realism. Ferguson is also known for his works from his series on Jewish imagery, the backs of his paintings, a hybrid of open diary, scrapbook, and messages in a bottle. Ferguson divides his time between New York and Jerusalem.