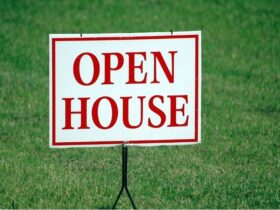 4 Ways to Get More Money When Selling Your Home

Do you love having beautifully sculpted eyebrows but hate having to spend the time doing your eyebrow makeup every day? Luckily, there is a way to create the perfect eyebrows by making a couple of quick appointments a year– eyebrow microblading. Use this article as a quick guide to learn all of the ins and outs of eyebrow microblading. (Image Credit: StockSnap/Pixabay)

How Does It Work?

Eyebrow microblading is a semi-permanent eyebrow treatment. The treatment works similarly to getting a tattoo. However, while tattoos are entirely permanent, microblading is not, but we’ll get more into that later. A microblading artist will use a small handheld tattoo gun-like tool to draw eyebrow hair.

Of course, there are some differences. For one, the needle is much smaller. This can both make finer lines and the ink does not go in as deep into the skin as traditional tattoos do. Also, instead of simply putting ink into the skin, the tool works by cutting small scratches into the skin. The ink is put into these scratches to make the hair-like lines look as realistic as possible.

The initial treatment is usually done in one session which may take about an hour or so. This will come with an initial fee. Some people who invest in microblading will go back about a month or six weeks later to get touch-ups. This is only necessary if you need your microblading artist to make slight adjustments.

How Long Does It Last?

If a treatment is completed by a professional microblading artist, then the initial treatment should last from anywhere between one to three years, with or without touch-ups. After three years, you will need to begin the process anew to make sure your brows continue to look filled in.

How Much Does It Cost?

As with any other type of treatment, the cost will vary based on who does the treatment. On average, an initial microblading treatment can cost anywhere between $500-2000. Touch-ups will cost less. Of course, the price of the touch-ups will also vary based on how much needs to be changed and how long that will take. However, since touch-ups are totally optional, these costs can be avoided entirely.

Outside of paying for the initial appointment, there will likely be a few extra small fees. For one, it is recommended to use healing ointment for the first week or so after the initial treatment and additional touch-ups. This can help the area to heal faster and it can help to prevent infection. Luckily, any sort of ointment like this will be inexpensive, less than $20 on average.

Is It Worth It?

Is it worth your time and money to invest in microblading? Well, that all depends on what you’re looking to achieve from the procedure. There’s no denying that a microblading treatment fills the eyebrows fully and lasts longer than any other type of eyebrow makeup. There’s also the bonus that you only need to have a treatment every year or so, rather than needing to do your makeup each morning. This way, it saves time. So, while it is more costly than the average eyebrow makeup, it saves more time than can be counted.

So, now that you have all the most important facts, will you invest in a microblading treatment?