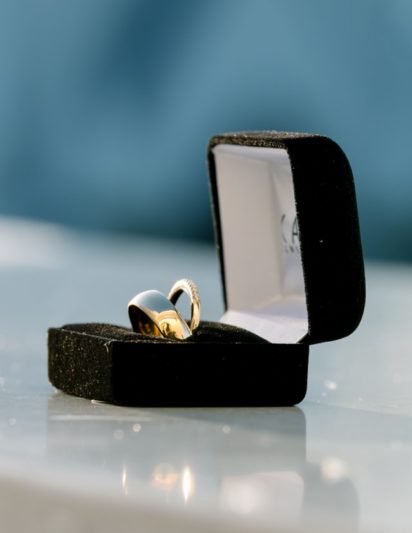 The Beauty of Mismatched Wedding Rings

The California state senate has introduced a bill that prevents the sale of a semiautomatic rifle to anyone younger than 21 – even with a hunting license – and requires officials at the Department of Justice to verify a hunting license during a 10-day waiting period before notifying a dealer to cancel a gun sale in case of potential harm. (Image Credit: KlimKin/Pixabay)

The bill came after the attack on a Poway synagogue last year that left one person dead and several others injured. Although the 19-year-old should not have owned a semi-automatic rifle, a loophole in gun laws allowed him to obtain the weapon. California gun laws limited the sale of an AR-15 to adults who are 21 and older but made an exception for registered hunters. The new bill has effectively clamped this loophole.

Furthermore, the state has begun to require background checks on ammo buyers to screen out felons, domestic abusers and people with records who are deemed to be potential risks. There is a lifetime ban on these high-risk individuals.

In an interview with Associated Press, Sam Paredes, executive director of Gun Owners of California, raised concerns on whether state officials in the DOJ would be able to quickly and accurately verify hunting licenses due to the weight of responsibilities on the agency.

Meanwhile, gun dealers in the United States are rarely held responsible for what happens with a gun after it has left their shop. Court records, accessed on California State Records website, show that the gunman from the Poway shooting, John Earnest, had completed a hunting education course online by the time he purchased a rifle in April 2019, but was yet to have his hunting license in effect. The Fish and Game Code defines a valid hunting license as beginning July 1 of the year it has been issued. This was another loophole that is often exploited.

A gun dealer is only obligated to visually inspect a buyer’s hunting license and write down the date it goes into effect. Local and state court records show that the dealer has not been charged with a crime.

Michael Schwartz, the executive director of the San Diego County Gun Owners group, has defended the dealer in this case. He argues that the state (laws) had not been clear on when a hunting license was actually in effect.

The Golden State has had some of the most stringent gun laws in the country for over three decades. According to the Giffords Law Center to Prevent Gun Violence, California is ranked first in the nation for having the strongest gun laws. However, there is a pattern that reveals legislative responses only after a tragedy has occurred.

The judiciary does a good job of upholding these laws. A prominent example was when a federal judge upheld California’s ban on owning, manufacturing or selling semi automatic rifles and rifle attachments, aka bullet buttons, that allows faster reloading. While the ban on semi-automatic weapons has been around for 20 years, the ban on bullet buttons began in 2016.