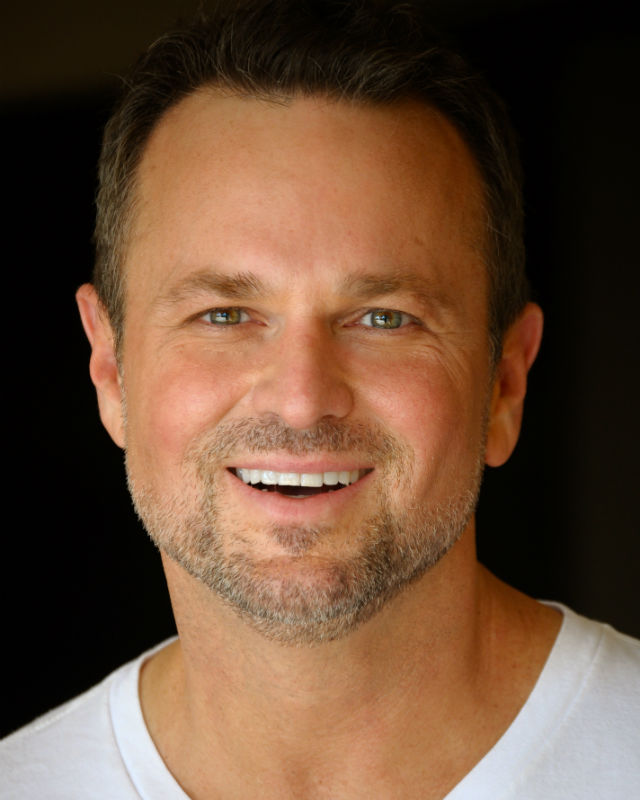 There’s something magical about life. ..Where our childhood aspirations become real life realities as we follow the inner promptings to pursue our God given dreams, and watch as doors open as we take each step and witness the manifestation of something greater than ourselves. Some call it Destiny, others call it fate, many more simply say, “That’s life.” Aaaah indeed it’s so much more.

Sam Harris knew at the precious young age of 2 years old what he was born to do. Photos of him bare remarkable evidence that he was meant for showbiz. When given the choice between a long overdue family vacation or a 15 minute stage performance, the precocious young boy chose the latter. It was clear where the affection of his heart was. Today, not much has changed.

In this dazzlingly raw, humorous, and dramatic performance, Harris belts out original songs and beloved ballads while playing 11 different roles to tell his own life story – from growing up gay in Oklahoma’s Bible Belt to his journey to Los Angeles, where his rendition of “Over the Rainbow” on “Star Search” led to fame, Broadway, television, platinum records, and Carnegie Hall.

Beverly Hills Magazine: When going on stage, do you get nervous?

Sam Harris:  Yes, I get so nervous! I say to myself, “Why am I doing this?” When we are doing sound check, I’ll be panicking and then as soon as the spotlight comes on I get into the moment and end up having the most extraordinary experience.

Beverly Hills Magazine: What lessons have you learned through your experiences?

Sam Harris:  Well, there’s something in life that drives me nuts. There’s always a constant question of “What’s next?” I wander why can’t we just enjoy this celebration, this achievement? And my message is, when is enough is finally enough? When do we actually find contentment within ourselves???

Beverly Hills Magazine:  I agree, we must stop seeking something out there to complete us, and look for it within.  Why is theatre an important part of society and culture?

Sam Harris:  Theatre is vital. To me, it’s a sanctuary; a place where a group of strangers can come together in one place to experience common humanity. It’s when people from different backgrounds with all different races, religions, and philosophies can transcend all that to discover that we are one.

Theatre is meant to make us laugh, make us cry, and make us think. Good art is a reflection of the true human experience.

Beverly Hills Magazine: I love theater for that reason too. I believe we are all meant to live in unity. Unity is love, and love is unity. What have been the biggest lessons you’ve learned on your journey in life?

Sam Harris: Whether in my business, or in my quest, it’s easy to get wrapped up in result. In the show I say, “I fear that less is less, and more will never be enough.” I think life is about finding what enough is, finding the simple joy, the simple pleasures, and recognizing what you are and what you have.  Action without expectation is the goal.   In show business, it’s all about, me, me, me …a kind of “What’s in it for me?” mentality. It wasn’t until I found a long term loving relationship and started raising a child that I gained perspective. I learned to give without expectation. And that’s become my greatest source of joy, even in my work. When I write, I write without expectation. When I perform, I’m giving myself. 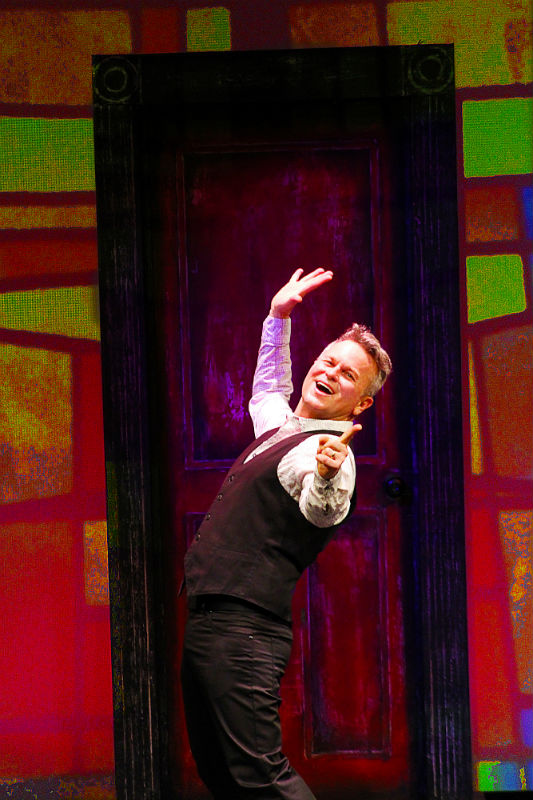 Beverly Hills Magazine:  I agree. Contentment is found in the simple things. I’ve learned to find my solace in solitude times of peace and quiet, away from all material externalities, in my intimacy with God. Do you have a life quote or motto, or Bible scripture you like to live by?

Beverly Hills Magazine: What advice would you give to others aspiring actors and singers who haven’t taken the leap of faith to pursue their own dreams?

Sam Harris: I think you either want it because you have to do it, or you shouldn’t do it. It’s a tough business, there’s a lot of rejection. But go out and be in the world. Observe, love, and lose. Feeling loss is only proportionate to how much you have loved. Many of us put on a coat of armor to protect ourselves from being hurt, but instead you’re keeping yourself from the elation that follows life experience. There will be the greatest highs and the greatest lows; whatever happens after is none of your business. It’s having the experiences that counts.

Beverly Hills Magazine: How do you take care of your spiritual self?

Sam Harris: I am present with my child and my husband. I jog and spend time by myself. I touch a tree, and touch the ground. I have private affirmations to keep myself in the zone. I get involved in the world, in my friends lives, and my family’s lives. That’s what nurtures me the most.

Beverly Hills Magazine: How has God played a hand in your life, or let you know that He is always with you?

Sam Harris: I believe in a higher energy that is a universal energy. Two people can have the same experience; yet one will become more compassionate, and the other more bitter. We get to choose. We have to go through experiences to learn and grow.  I trust that no matter what happens it will all be okay.

Sam Harris:  I think my purpose is to create things that reflect the human condition so I can be a part of people seeing themselves. There is a healing quality to that. I achieve this through humor. We see something common in humor. It lets our guard down, so we can experience the emotional things more fully. 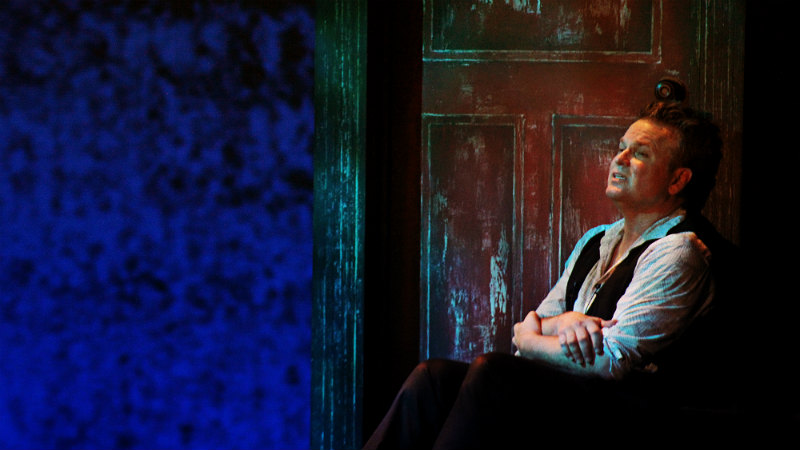 Beverly Hills Magazine: Do you believe you are living your God ordained Destiny and doing what God created you to do?

Sam Harris: I do. It’s all free choice. I get to choose. Someone told me “Have a good day, unless you have other plans”…Another pearl of wisdom, that I cannot take credit for is, “If you had one more piece of information, what would you do?” For example, if you’re in traffic and get cut off, are you going to overreact or consider the other person’s circumstances? It’s all about turning it to compassion.

Beverly Hills Magazine: That’s such a brilliant way to look at life. This world would be a different place if everybody thought that way.  What do you want to be remembered most for?

Sam Harris: My greatest legacy will be my child. I want him to carry on and be a good citizen to make change. I tell him he has a responsibility to change the world. Everything we do good or bad has a chain effect. I want to be remembered as someone who made you laugh, made you cry, made you think, and who you were moved by in some way.  A deed as simple as throwing your candy wrapper away has an impact. True power is the ability to do something little, that affects the whole. At dinner time, I always ask my son, “What did you do for mankind today?” Whether it is letting someone else go first, or comforting someone in need. This empowers him to make a difference.

Beverly Hills Magazine: If you had one wish that would be granted, what would you wish for?

Sam Harris: A sense of equality. That’s the source of everything. If we all saw our fellow man as equal, not lesser or greater, it would get rid of division, of racism, and war.

Beverly Hills Magazine: That would be like Heaven on earth! That’s how it should be. Is there anything else you would like to add or feel is important to share?

Sam Harris: I am premiering this movie a week from Tuesday…From book, to stage; to film…I believe all these things we have discussed will be exemplified in this work. I am so honored to be surrounded by people that with tenacity, trust, and love have been able through this work to reach as many people as possible. 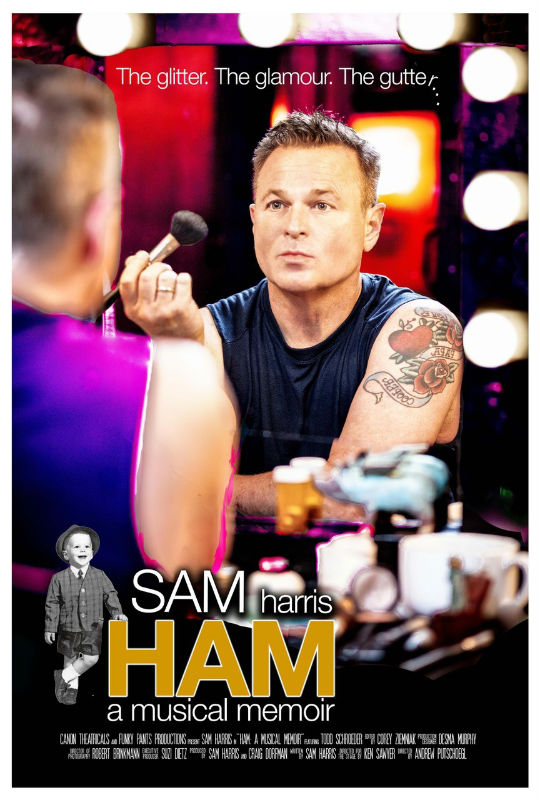 Sam Harris has appeared on numerous national talk shows including Leno, Jimmy Fallon and Oprah, but first burst onto the scene as the premiere winner of Ed McMahon’s “Star Search.”  Before “American Idol” and before “The Voice,” 25 million viewers tuned in every week to watch Sam beat back the competition and triumph each time. Sam became the first singer since Judy Garland to claim, “Over the Rainbow” as his own and Jimmy Fallon called this legendary performance, “One of the best musical performances I’ve ever seen ever aired on television ever!” Harris went on to tour the country, selling out prestigious engagements at Carnegie Hall. Broadway called and Sam answered where he starred in numerous Tony Award winning and nominated productions including Cy Coleman’s The Life, The Producers, and the revival of Grease just to name a few.

Through the trials and triumphs of his journey discovering who he is, through heartache and happiness, through pleasures and pain, Sam Harris has stepped into one of the greatest roles of his life…He’s simply being himself.

And in a world full of shadows and social masks, we think that is more than enough. We just hope he keeps shining his light!