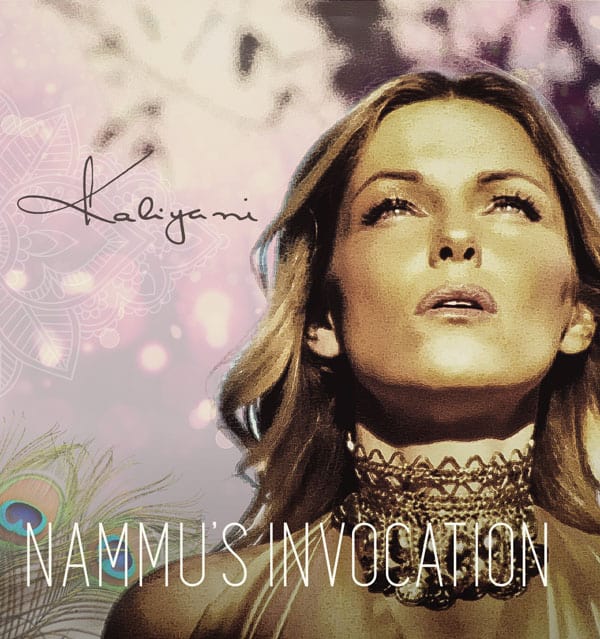 KALIYANI is a very special woman from Brazil, who shares her true inner beauty with the world, through her powerful inspiration and spiritual journey she has discovered truths that have allowed her to tap into her deepest most sacred source of Spirit within to bring forth power and energy through her voice.

As a young child Kaliyani was always seeking answers of truth to gain some understanding of Life, and its deeper meaning. She read book after book, studied religious and ancient texts to learn more. She immersed herself in her yearning for truth and this lead her on a spiritual journey where she discovered within herself a wealth of knowledge that existed all along.

Featuring a blend of exotic World Music style woven with a New Age, elegant, and yet complex thread, Kaliyani’s evocative vocals are reminiscent of some classical music styles that range from Operatic to Gregorian and are often embedded in a dramatic contemporary cinematic orchestration that makes her music deep, luminously rich in structure and unique in its class.

Kaliyani’s inspiration comes from a sense of intimate connection with the mystery of life and a burning desire to break through all limiting concepts of reality: “Many have asked me who is singing with me in the beginning of ‘Nammu’s Invocation’…as if there was someone else there. In a sense it is true since I feel a definite presence with me every time.”

Where do you get your inspiration? “Everything can inspire me, from a walk in the park to the sound of nature, to a movie that I watched. There is so much inspiration around us all the time. I allow the Spirit to flow through me when I sing. Then  the voice marries with the composition to create my work.”

How do you achieve the beautiful sounds you create with your voice? “There is no comprehensible language. I like to call it the flow or immanence. It’s simply just allowing the sound frequency that does not need the mind to be articulated to come forward, and it’s based purely on the nature of my emotions. It’s beyond words. It’s where words can’t go.”

How did you become such a soulful artist? “I believe it was born of a deep yearning to give voice to this aspect of me that felt so deeply connected to the divine feminine and the gratitude for the many gifts this connection has brought into my life. However, way beyond that, at the very core, was a desire to inspire others to awaken this same energy within themselves.”

“Maybe now, after having overindulged in silence, music has finally claimed its rightful turn with me.” ~ Kaliyani

What inspired you to create Nammu’s Invocation? “I think it’s my connection to a very ancient lineage that I found. It’s related to the creationary myth of Summerian civilization. I was really lit up when I found out about it, and I wanted to sing to it. It just nurtured a part of me that really needed to connect with that.”

Tell us the significance of the title Nammu’s Invocation? “It calls our attention to the pain and suffering in the world, it’s a cry for help, and yet it is the resolution and medicine within it, since the sound frequencies are so healing.”

Who is Nammu? “Nammu is the Great Mother, she is the primordial archetype of the Divine Feminine. In Ancient Summerian culture she is believed to have created An (Heaven), Ki (Earth) and the first deities, and she eventually became known as Goddess.”

How do you describe passion? “Spirit relates to me through my passion. Passion allows one to do something that makes a difference, something that touches someone’s life. It’s about bringing a message out into the world, and that message is important. You could say it becomes ones purpose. Something they must do in this life. I believe Spirit resides in that passion. It is when I allow this to translate into music, that I feel Spirit’s presence strongest.”

“After silence, that which comes nearest to expressing the inexpressible is music.” ~ Aldous Huxley

What does Kaliyani mean? “Interestingly and to my amazement (the name, Kaliyani Sundari, I only use Kaliyani, came to me during meditation in 2011 and I had never heard it before) This Goddess is also known as ‘The one who recreates the Universe/world.’ From the Sanskrit meaning “beautiful, auspicious, blessed, blissful.” Kalyani is also the second name of the Goddess Lalita.”

As she sits in her Gazebo created as a personal temple set amidst her beautiful garden at her private home in Los Angeles, filled with colorful flowers, green grass and trees, the wind dances through as if just an old friend while she pours a pot of hot herbal Chinese tea, her energy is ethereal, one of calmness and beauty that is at peace with all, at one everything that is, a Divine Goddess in her own right. She too has learned the art of law of attraction, and understands that it takes patience for one to create their desires and that today she feels that she is finally living from grace. She tells us, “It’s a shift within. You have to live from that place where everything is possible. You have to believe it is possible for you.”