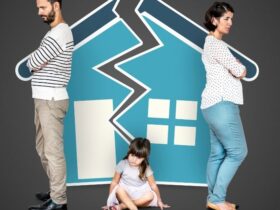 The Liberace Foundation for the Performing and Creative Arts has partnered with Musée d’Art Moderne de la Ville de Paris (the Museum of Modern Art of the City of Paris) in an extensive, five-month exhibit untitled MEDUSA, Jewelry and Taboos examining the cultural importance of jewelry in various societies throughout History.

Historic artifacts from high-end brands such as Cartier or Van Cleef & Arpels will be contextualized alongside signed or anonymous pieces, gathered throughout the ages. Liberace Museum Collection artifacts, including famed pieces from the Liberace Jewels Collection, will be a major part of the exhibit.

Entitled “Medusa, Jewelry and Taboos,” the show is based on the mythological figure of Medusa: “Jewelry creates an attraction or repulsion for the one who stares at it, wears it or makes it, as does the face of Medusa,” explains the exhibit’s curator, Anne Dressen.

“The size and audacity of the Liberace Jewels changed showmanship and jewelry forever,” says Jonathan Warren, chairman, The Liberace Foundation, “The pieces provoke exactly the kind of fascination Dressen’s curation points out. They are arguably the most emulated jewels in history, inspiring much of the hip hop jewelry genre, many years later.”

Artifacts including the iconic crystal glove worn by Michael Jackson on the Victory Tour and the unmistakable neck clock worn by hip hop group Public Enemy’s Flavor Flav, are included with the loan made to the Museum by the Liberace Foundation. Dressen has gathered another 400 pieces from all over the world.

The exhibit spotlights, for the first time by an internationally recognized cultural institution, the substantial contribution of Liberace. By extension it also represents a significant milestone in the recognition of the importance of Las Vegas on the world stage.

Three thousand guests are expected at the public opening of the exhibit on May 18 at 6 p.m. The Liberace Foundation is sponsoring a performance by composer Chloe Flower, an artist on the Maverick label, produced by Kenneth “Babyface” Edmonds. Chloe will be playing the Liberace Swarovski-encrusted grand piano, one of the artifacts on loan to the Museum from the Foundation, in the famed Dufy Room.

The Liberace Foundation will also be hosting the VIP party, taking place in a separate room of the Museum on opening night, overlooking the Seine river and the Eiffel Tower. Guests from Las Vegas and Monaco are expected among Paris notables and several celebrities.

ABOUT THE LIBERACE FOUNDATION FOR THE CREATIVE & PERFORMING ARTS
Founded in 1976 by Liberace himself, the Liberace Foundation for the Performing and Creative Arts owns and manages the publicity rights, marks, image, brands and Liberace Museum Collection for cultural enrichment and to assist students of the performing and creative arts. The Liberace Foundation has distributed more than $6 million in scholarships since 1981.