Much like Beverly Hills, Dubai is one of the richest cities in the world and everything related to this amazing city is super rich and classy. The prosperity of this city is apparently evident to any new comer by just spotting the patrol cars used by Dubai Police. Dubai Police has one of the most envious collection of exotic and super performing patrol cars. With such luxurious and exotic cars being used for patrol, no doubt people will be queuing up to get a job with Dubai Police. Here is a list of some of the most exotic cars being used by Dubai Police as their patrol vehicles.

Bugatti Veyron is the fastest production car available in the world. It features an amazing 8.0 liter quad-turbocharged W16 engine producing an enormous 987 bhp power and ground shattering torque of 1250 Nm. It has an amazing top speed of 253.81 mph and costs a whopping $1.7 million. Undoubtedly it’s the gem among exotic patrol cars of Dubai Police.

One of the latest offering from the Italian sports car manufacturer the Aventador is among the best super cars money can buy. It features a 6.5 liter V12 engine churning out 690 bhp of power and 690 Nm torque. It is capable of top speeds of 217 mph. It costs $ 441,600 making it one of the costliest cars on the planet. Offenders beware; you can’t outrun this mean machine.

It is one of the best looking cars from this list. The FF features a naturally aspirated V12 engine producing 651 bhp of power and 683 Nm of torque. It has a top speed of 208 mph and costs $ 300,000. This car undoubtedly raises the style quotient of Dubai Police with its sleek and sexy styling.

Undoubtedly it is one of the best muscle cars available in the market. The styling of Camaro is mean and aggressive perfectly apt for its patrol duties. It features a V6 engine capable of producing 323 HP and 377 Nm of torque. It has a top speed of 157 mph and costs $ 38,350.

Mercedes-Benz is one of the most well-known and respected brands in the automotive world. Mercedes-Benz SLS AMG is an exemplary example of classic yet modern styling. It features a 6.0 litre V8 engine producing 563 HP and 650 Nm of torque. This elegant and sporty car is capable of a top speed of 211.3 mph. This car surely adds cadence to the patrol fleet of Dubai Police.

Bentley is renowned for their luxury cars and the Continental GT is a perfect amalgamation of luxury and performance. This car comes fitted with a 4.0 litre V8 engine producing an amazing 500 HP and peak torque of 487 lb-ft and is capable of a top speed of 202 mph. This luxurious and powerful car reflects the prosperity and superiority of Dubai as well as that of Dubai Police.

The most exclusive and exotic car among the lot is this limited edition One-77 launched by Aston Martin during 2009 Geneva Motor show.  Only 77 pieces of this amazing masterpiece was manufactured making it truly priceless. It comes fitted with a 7.3 litre V12 engine producing 750 HP of power and 750 Nm of torque. It has an amazing top speed of 220 mph. This car is one of a kind and a matter of pride for the Dubai Police adding flair and exclusivity to its collection of super exotic patrol cars. 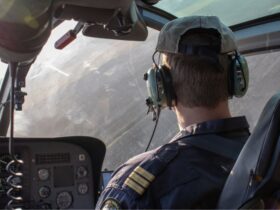 Things To Know Before Becoming A Helicopter Pilot 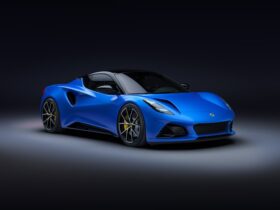 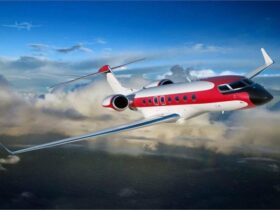