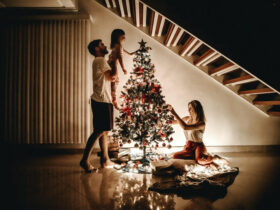 More than 25,000 runners, including more than 200 Beverly Hills residents, will race through the City during the ASICS Los Angeles Marathon on Sunday, March 9, passing City Hall and traveling along Rodeo Drive. A mini block party and spectator viewing will be located on N. Crescent Drive between N. Santa Monica Boulevard and S. Santa Monica Boulevard (in front of City Hall). The Farmers’ Market will be closed on this day.

First athletes (wheelchairs) are expected to arrive in Beverly Hills at approximately 7:15 a.m., and runners at approximately 8:00 a.m. Water stations will be located at Crescent Drive/ S. Santa Monica Boulevard, and on S. Santa Monica/Charleville Boulevard. A medical station will be located in the Rexford Mini Park at Rexford Drive and Burton Way.

For information on the day of the marathon, call the City of Beverly Hills’ hotline at (310) 550-4680. The City will be promoting the “If You See Something, Say Something”TM public awareness campaign to emphasize the importance of reporting suspicious activity to the Beverly Hills Police Department. Please call the hotline if any suspicious activity is observed during the marathon. If you believe danger is imminent, please call 9-1-1.