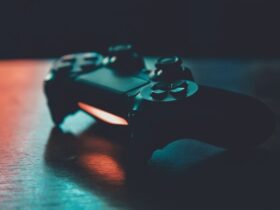 Founded more than three decades ago by actor and animal activist Chris DeRose, LCA continues to be a worldwide leader in attracting celebrities, researchers and activists who work together to expose animal abuse and provide humane conditions for all creatures.

The gala, held on October 24th at the Beverly Hilton, will be co-hosted by actress and American Top Model Katie Cleary, the creator and producer of the Award Winning Documentary “Give Me Shelter,” and KFI-AM Talk Radio Host Mark Thompson, a long-time activist and 30-year veteran of L.A. and San Francisco TV news.

Grimes will receive the inaugural Sam Simon Award, named for the co-creator of TV’s The Simpsons and famously active and generous animal rights supporter, who died earlier this year. Other celebrities being honored include Philanthropist of the Year Steven J. Bernheim, and Shera Danese-Falk, the recipient of this year’s Albert Schweitzer Award.

Falk is also donating for auction two one-of-a-kind portraits by her late husband, actor and artist Peter Falk, best known for TV’s Columbo. These rare prints are hand-colored and autographed, and were personally framed by Nicola Bulgari, during an exhibit of Falk’s work at Rome’s BVLGARI Museum.

The evening will feature dinner, dancing and live music from the 11-member band That Vibe.  Tickets and Tables for this fantastic night, raising money for LCA, are available at LCAnimal.org, or by emailing development3@LCAnimal.org, or by calling 310-271-6096, ext. 25

Last Chance for Animals (LCA) is an international non-profit organization dedicated to eliminating animal exploitation through education, investigations, legislation, and public awareness campaigns. Since its formation in 1984, LCA has succeeded as one of the nation’s pioneer animal advocacy organizations. LCA’s Sam Simon Special Investigations Unit documents abuse in research labs, puppy mills, factory farms, and the entertainment industry, and works with prosecutors to put animal abusers behind bars.